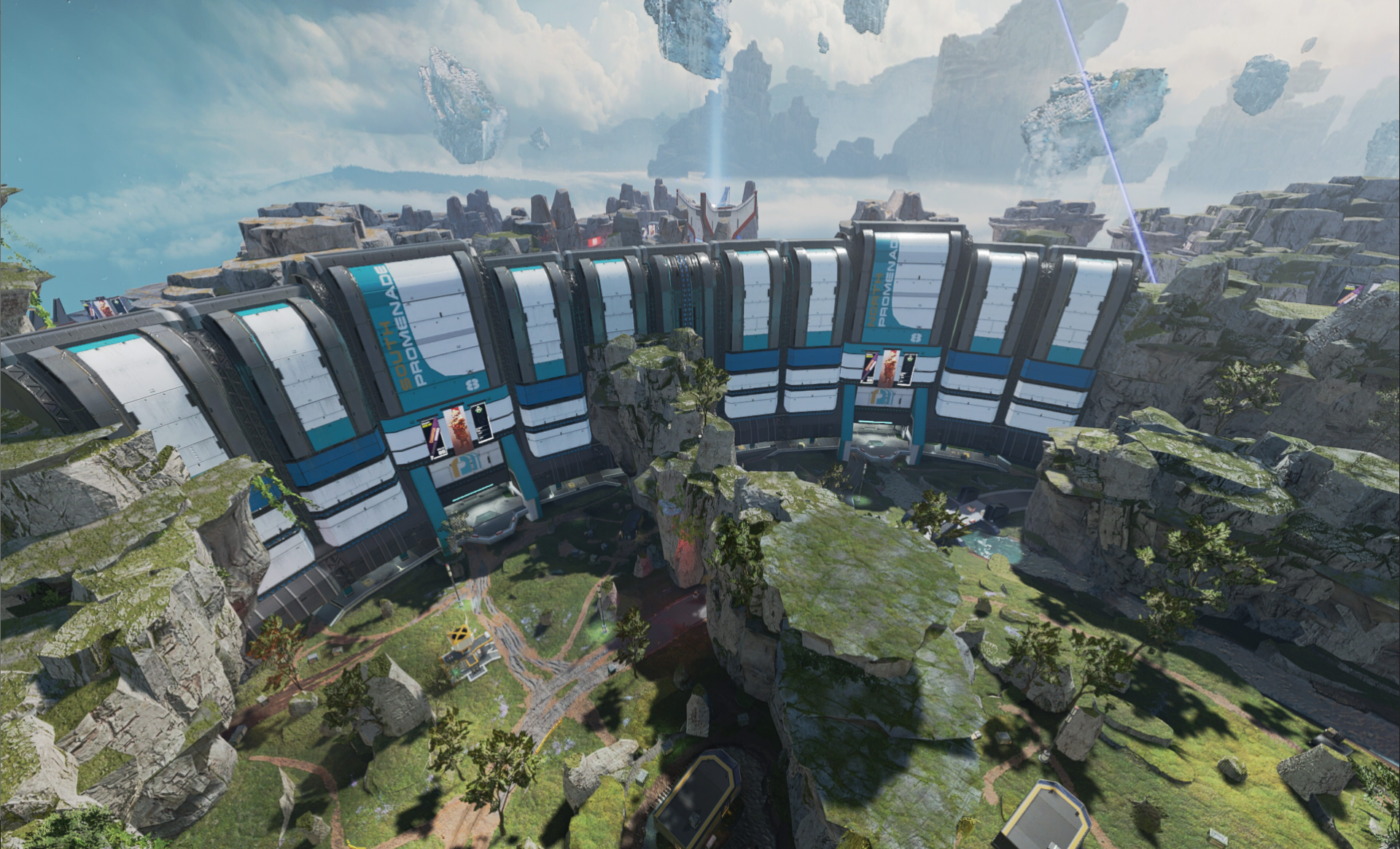 Just as the average player gets bored over time with a map if it’s around for long enough, pro players often feel the same thing weighing on them while playing competitively. That’s certainly the case with Apex Legends, where World’s Edge has been the home of pro play for basically as long as the game has existed.

While World’s Edge itself has undergone many facelifts and updates in its three years of existence, many of the game’s pros are tired of playing a map they know so well in competitive play. As a result, many viewers and fans pointed toward the new Broken Moon map as a possible alternative to World’s Edge, given that devs have claimed that the new map is similar in size to the one that’s been around since season three. And to that end, Broken Moon was featured for the first time in a major tournament last night during NICKMERCS’ MFAM Gauntlet, featuring a lobby consisting of teams competing in North America’s Apex Legends Global Series Pro League.

The pros’ verdict? It’s still too early to tell, but many don’t feel that the new map is very promising.

From a viewer’s standpoint, the map itself played out in an interesting fashion. Fights were more evenly spread across all rings as teams found themselves jockeying for position even at the end of the very first zone. This is atypical of pro Apex, where a few skirmishes are usual in the first few zones, but most of the fighting takes place in round three and later since teams usually find every possible rock outcropping and crevasse where they can safely play from before the ever-closing ring pushes them into fights.

While that pace of fighting felt nice to watch, it also is unclear if that’s a sign of map imbalance. It sometimes seemed like certain pathways in the map only forced teams into each other’s path with no other alternative early on in the game. At the pro level, where everyone is capable of deleting an opponent in seconds, that means where you drop can wholly determine how you place in a match. And that’s an issue.

Competitive Apex (and competitive battle royales in general) is a bit of a contradiction. The battle royale genre as a whole is dependent upon random occurrence. Your guns are inevitably different from game to game. The rings pull in different places on the map, causing each game to play differently. Those elements keep the game fresh and make it feel replayable. But for competitive play to thrive, that same randomness needs to be limited. Teams need to have the ability to make tactical decisions that are viable ways to win a match in any situation. If winning certain final zones becomes too dependent on where you drop in the map, that kills much of the opportunity for out-maneuvering opponents and much of the excitement for viewers in terms of who will win a match.

There were also concerns about the number of POIs on the map. Pro teams usually tell each other their drop spots before a match as each team seeks to limit as much of the randomness of the game as possible to give themselves a better opportunity to win. But with only 16 POIs on Broken Moon, it leads to shared drop spots, which in turn leads to contesting and early fighting for many squads. Not only does this feel awful for teams that are faced with a decision to contest early or almost guarantee themselves a poor finish due to a lack of loot, but it also didn’t pan out well for contesting teams on Broken Moon due to the map’s zip rails. Any teams in POIs adjacent to contested spots quickly learned that they could simply grab some loot early, then hop on a rail and enjoy a considerable health advantage over teams that were just finishing a fight.

On the other hand, not all pros were quick to dismiss Broken Moon entirely, noting that a grand total of two games were played on the map and it’s possible that the aggressive meta that dominates much of the pro scene isn’t necessarily optimal for the new map.

Many pros were initially split on Storm Point in the competitive scene when that map first entered ALGS play, but it’s become increasingly popular with the game’s top players as time has gone on. It’s very possible that if more scrims or tournaments were to take place on Broken Moon, more teams would adjust to the map and create a better competitive experience for all players.

It’s still too early to tell if Broken Moon will ever become an ALGS map, but time is ticking on World’s Edge expiration date since players and many fans are clearly tired of playing on the map. And some more testing will be required to tell if this map can take pro Apex to the moon or if it has a complete failure to launch.