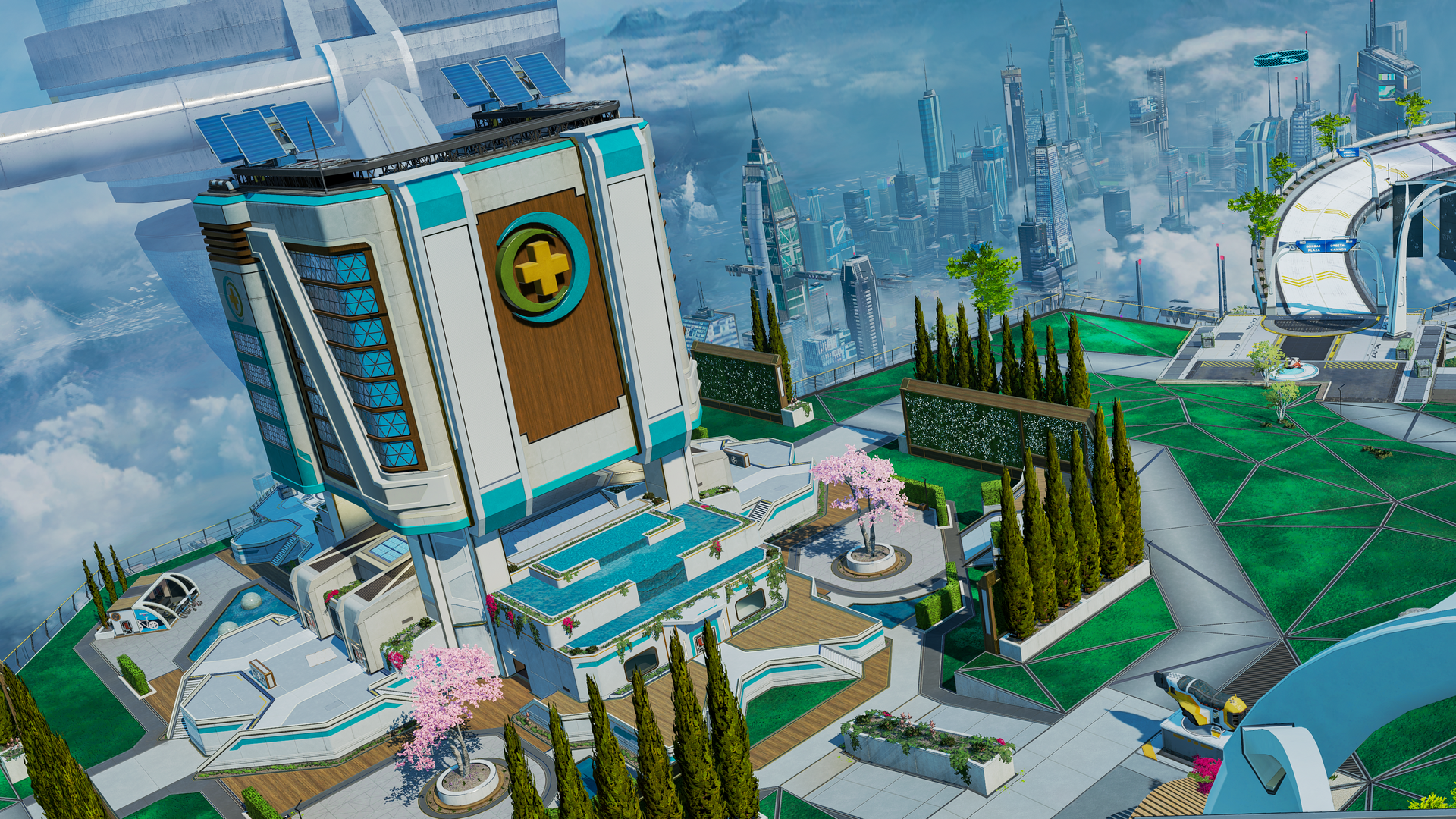 The last major map update in Apex Legends came in June, when Lifeline’s Clinic was added to Olympus. It’s a fun update, putting a fairly large point of interest in a little-used corner of the map to liven things up and spread out combat and drop options a bit more, as well as bringing in more of Lifeline’s lore to the actual game, and not just revealing it in comics or trailers.

Given Psamathe, where Olympus is located, is Lifeline’s home planet, it makes plenty of sense why the developers chose the floating city as the place for the new map update. But a new leak shows that Lifeline’s Clinic might have initially been planned for Kings Canyon.

The leak comes from ApexLeaks, which isn’t one of the usual sources for leaks like these but is corroborated by trusted content creator and insider ThordanSmash. The leak itself is an image of an old version of Kings Canyon, specifically the northwest corner of the map. Players from the first couple of seasons of Apex will remember that before season eight, the only thing in that part of the map was the old Slum Lakes POI, a shantytown with middling loot.

That part of the map got a serious upgrade as Spotted Lakes, the new POI that popped up following Fuse’s crash entrance into the Apex games. But the image in the leak clearly shows that that map update was originally supposed to be Lifeline’s Clinic.

It makes a bit of sense that this would have been the original plan, depending on how old this leak is. If it was in the first couple of seasons, likely in the earliest stages of Olympus’ development, Lifeline most likely would have tried to make a Clinic on Kings Canyon—if she could. She joined the Frontier Corps to help people in the most war-torn places in the Outlands. What could be more war-torn than Kings Canyon, a place where a literal bloodsport is happening?

Despite these renderings, we know that instead of a full-blown Lifeline hospital, Slum Lakes would eventually become Spotted Lakes, put there without much lore outside of “Fuse’s ship crashed here, and now the oil makes the water cool colors. Also, here’s some better buildings.”

It’s probable that several of the buildings that made it to the game were supposed to be for a Lifeline town takeover, and when the decision was made to just tie it into Fuse’s introduction, they repurposed some assets while saving Lifeline’s town takeover for later.

Game development is rarely a straight line, and while most leaks give players glimpses of a game’s future, this one happens to be an interesting look at its past.