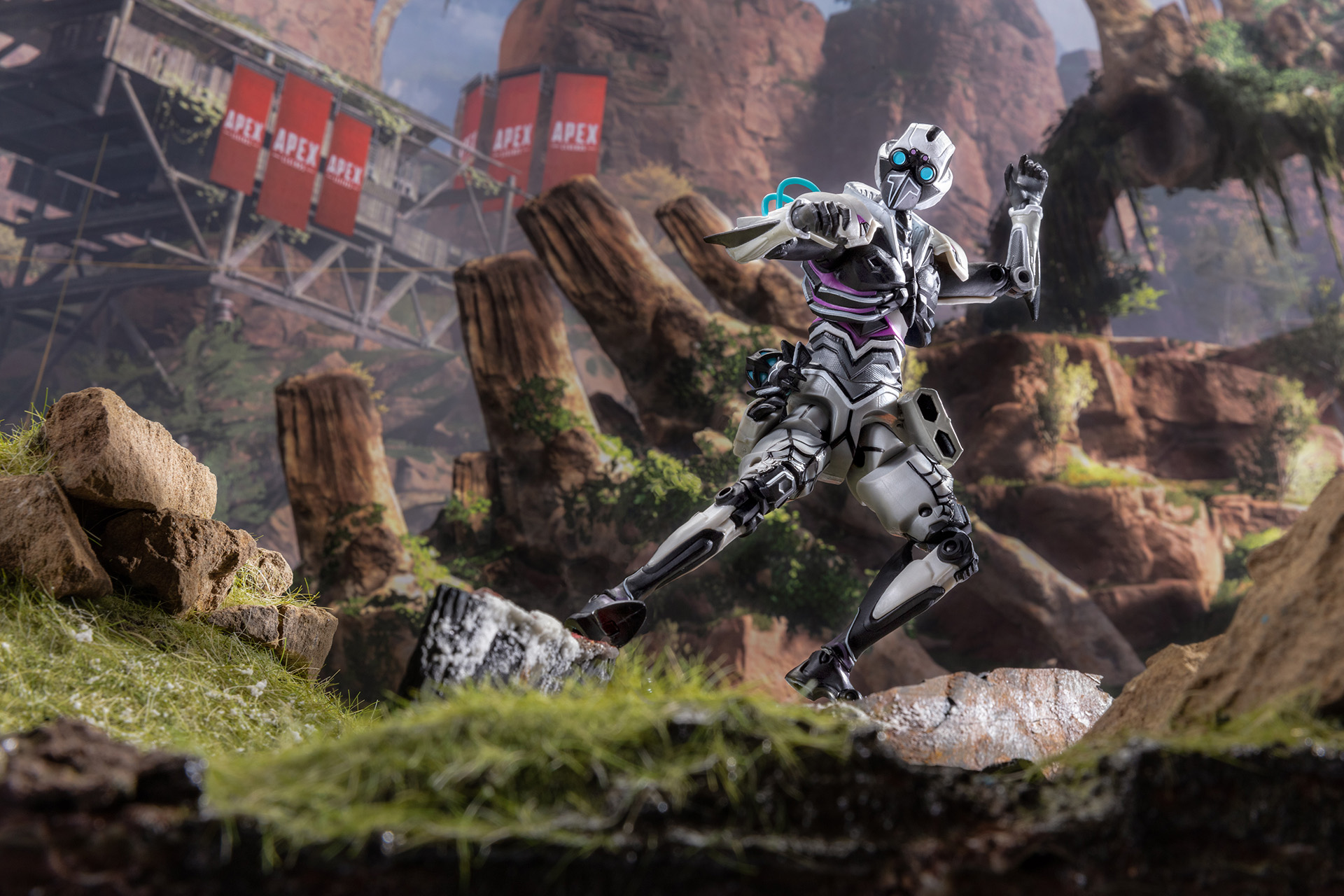 Jakks Toys have finally unveiled their fifth wave of action figures from Apex Legends, which are now available for fans to pre-order.

Series five, like the previous series, includes three different figures. Each is a unique character from the game. This series includes Octane, Crypto, and Loba.

Octane’s new figure is modeled after his Archanoid Rush skin, while Crypto and Loba simply showcase their default appearances. These new figures can be pre-ordered from GameStop. Each of the figures can be purchased for $19.99 and are expected to arrive on March 15.

It isn’t just figures from the Apex world that Jakks is known for though; they are also the company behind the six-inch Nessie plush which quickly sold out upon its launch.

Also available now are figures from the previous series. Season one kicked things off with Bloodhound, Pathfinder, and Wraith. Since then Revenant, Mirage, and Caustic have all gotten their own figures amongst other alternative skin releases.

You can check out the full list of figures from Respawn’s popular battle royale in Jakks’ Apex Legends range on their official website storefront here.