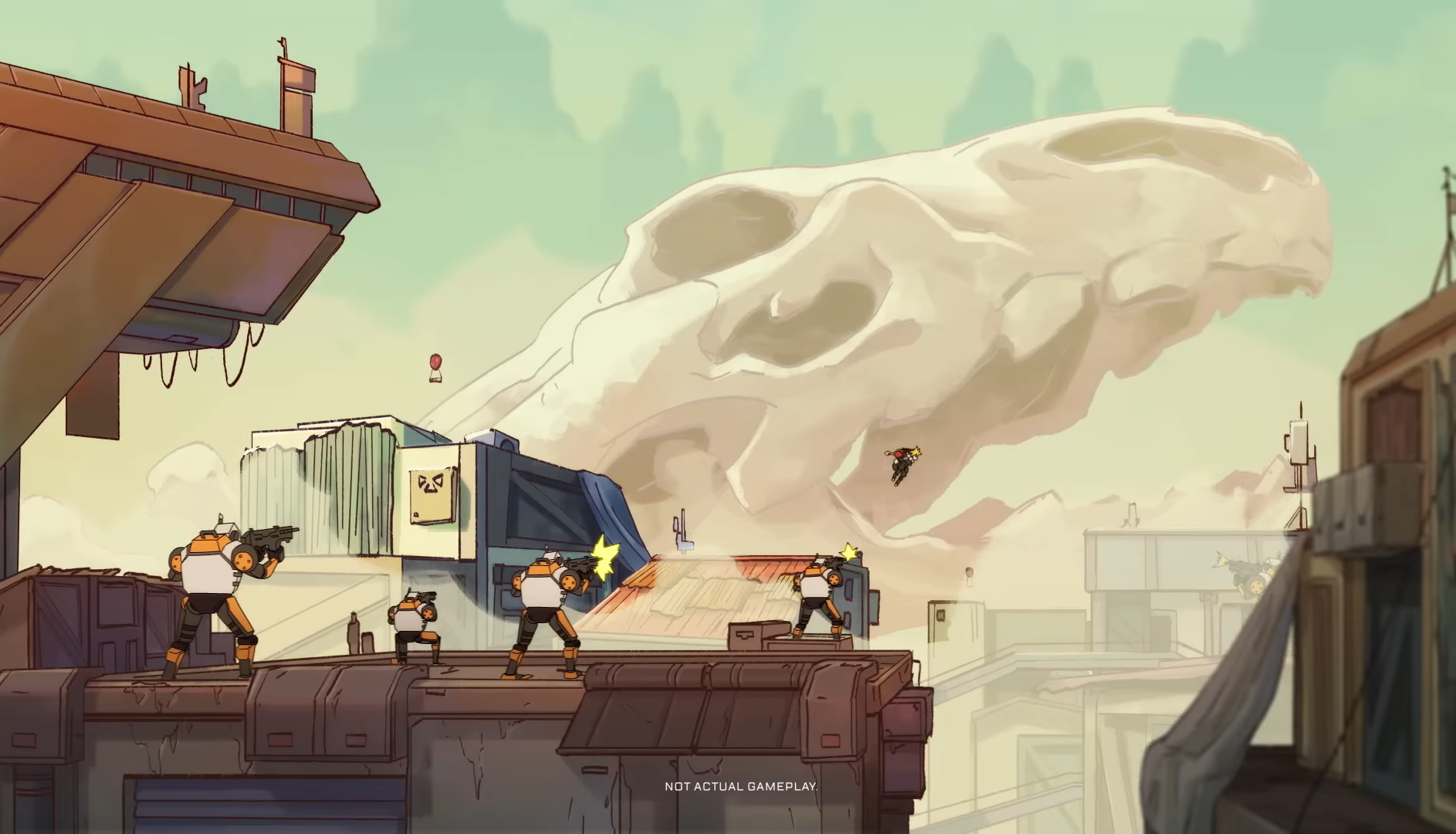 While many players were marveling at the animation style displayed in the newest trailer for Apex Legends’ Gaiden event, other eagle-eyed observers were more interested in the setting itself. It looks like the anime battle the legends wage takes place in Skull Town.

Skull Town, the original hot drop in Apex, has been gone since the beginning of season five. Loba’s introduction to the game came with a significant portion of Kings Canyon sinking into the ocean following her destruction of a Revenant-producing facility beneath Skull Town. Only one large skull remained, suspended by a crane in Salvage.

Now, it looks like the game is teasing the return of the iconic town in the southwest corner of Kings Canyon yet again. The building structures in the trailer clearly resemble the architecture of the buildings that once made up Skull Town, and in the first few frames of the trailer, you can see a giant skull in the background.

Reddit user Inconceivable_Lorb also pointed out this skull, grabbing a screengrab of it so you don’t have to.

That first shot happens very quickly, so it’s easy to miss. But the entire setting seems to very clearly reference Skull Town and possibly tease its return to the game.

This isn’t the first time Respawn has teased Skull Town’s return. Magazines placed in the newest POI on Olympus, Lifeline’s Clinic, mentioned that the salvage operation on Kings Canyon was “complete” just a few weeks ago. Since the only thing that the Salvage POI that replaced Kings Canyon seemed to ever be working on was that giant, suspended skull, it seems likely that any completion of the salvage of Skull Town would most likely be to put it back together in some form.

More teasers are likely to roll out as the end of season 13 nears, and with it the beginning of season 14. The new season should begin on Aug. 9, according to the dates listed in the game.