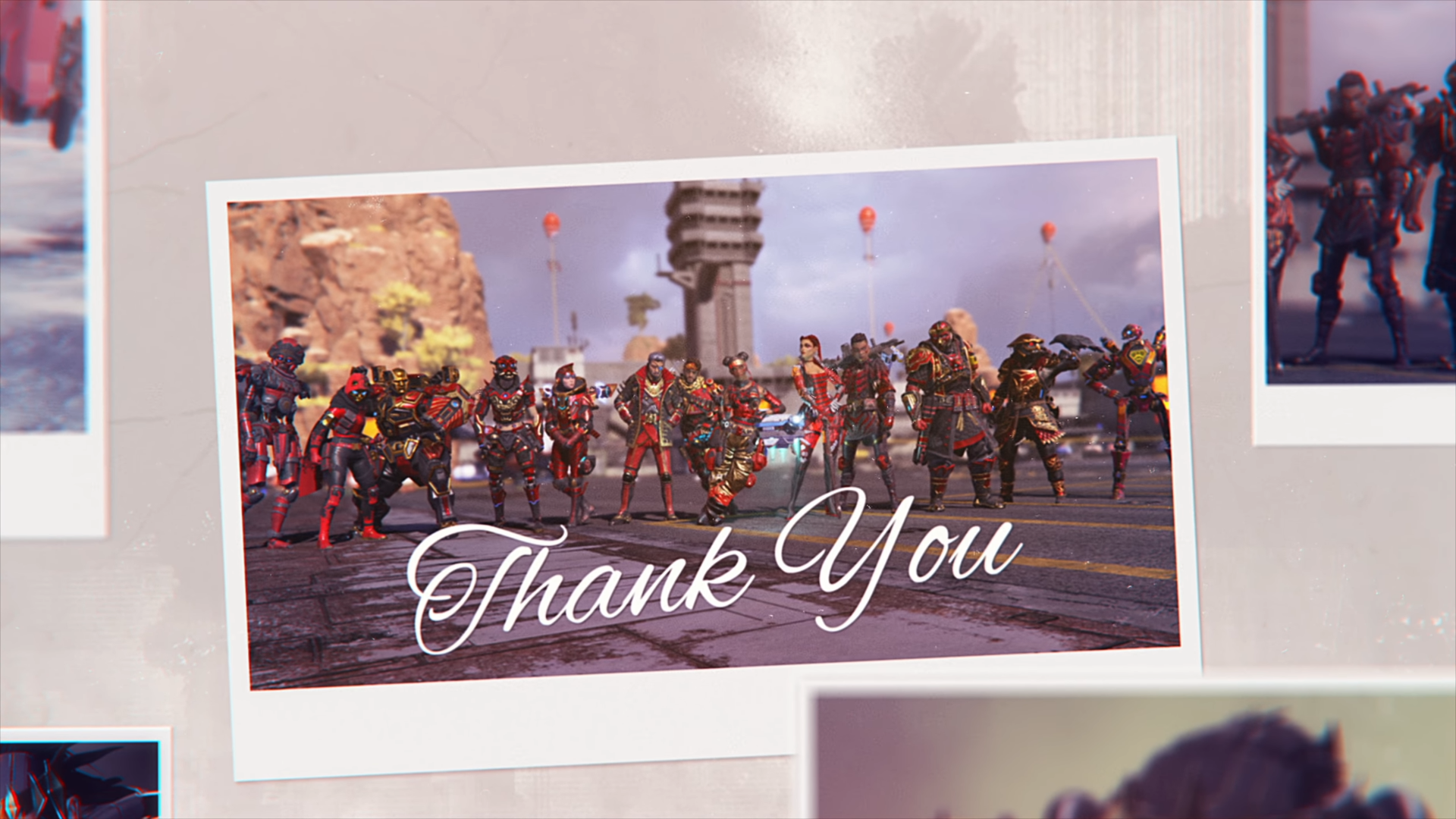 Apex Legends’ Anniversary Collection Event will run for another week. Respawn extended the event’s deadline to March 2, which gives players an extra seven days to participate in the festivities.

The Anniversary Collection Event brings a new collection filled with recolors of popular skins, as well as several free prizes, and a new game mode takeover—all of which will be available until March 2.

The updated schedule gives legends another week to drop into the Locked and Loaded game mode takeover, which grants players a loadout on drop—including a white shield, syringes, cells, a white backpack, and a Mozambique. Since all players already have their basic gear, the loot pool contains higher quality items, and every drop (with the exception of sights) is blue or above.

The extension also gives players more time to progress through the event prize track and get their hands on a dozen Apex Packs for free, including two event ones. This guarantees that anyone who grinds their way through the rewards can get two free collection cosmetics without shelling out cash.

It’s possible to clear out the entire event track in just the extra week. The prizes cap out at 5,000 points, but players can get up to 1,000 points per day. Five daily actions award 200 points each: playing a game, dealing 600 damage, dealing 1200 damage, getting four top 10 finishes, and finishing among the top 10 squads a total of 10 times.

The extended deadline also gives players a larger window to get their hands on the Anniversary Collection cosmetics, which offer a new take on popular skins for most legends. Players can get two of them in the free event packs, but those who don’t want to risk with RNG can buy the skins or craft them at a discount—they are 50 percent off when crafting, although their buy price remains the same.

Related: How to get Heirloom Shards during Apex Legends‘ Anniversary Event

Acquiring heirloom shards through the event does not interfere with other sources of shards or their pack counter, according to Respawn. Last week, developers acknowledged a bug that was resetting the heirloom counter after buying the entire Anniversary Collection. Players can also stack more than 150 heirloom shards, according to a developer.

Update Feb. 23 1:56pm CT: A previous version of this article said the Locked and Loaded Takeover would return as part of the extension based on Respawn’s official announcement. This article has been updated to reflect the Takeover’s removal from play.

Update Feb. 23 5:56pm CT: Respawn has reinstated the Locked and Loaded takeover into the rotation. This article has been updated to reflect the change.