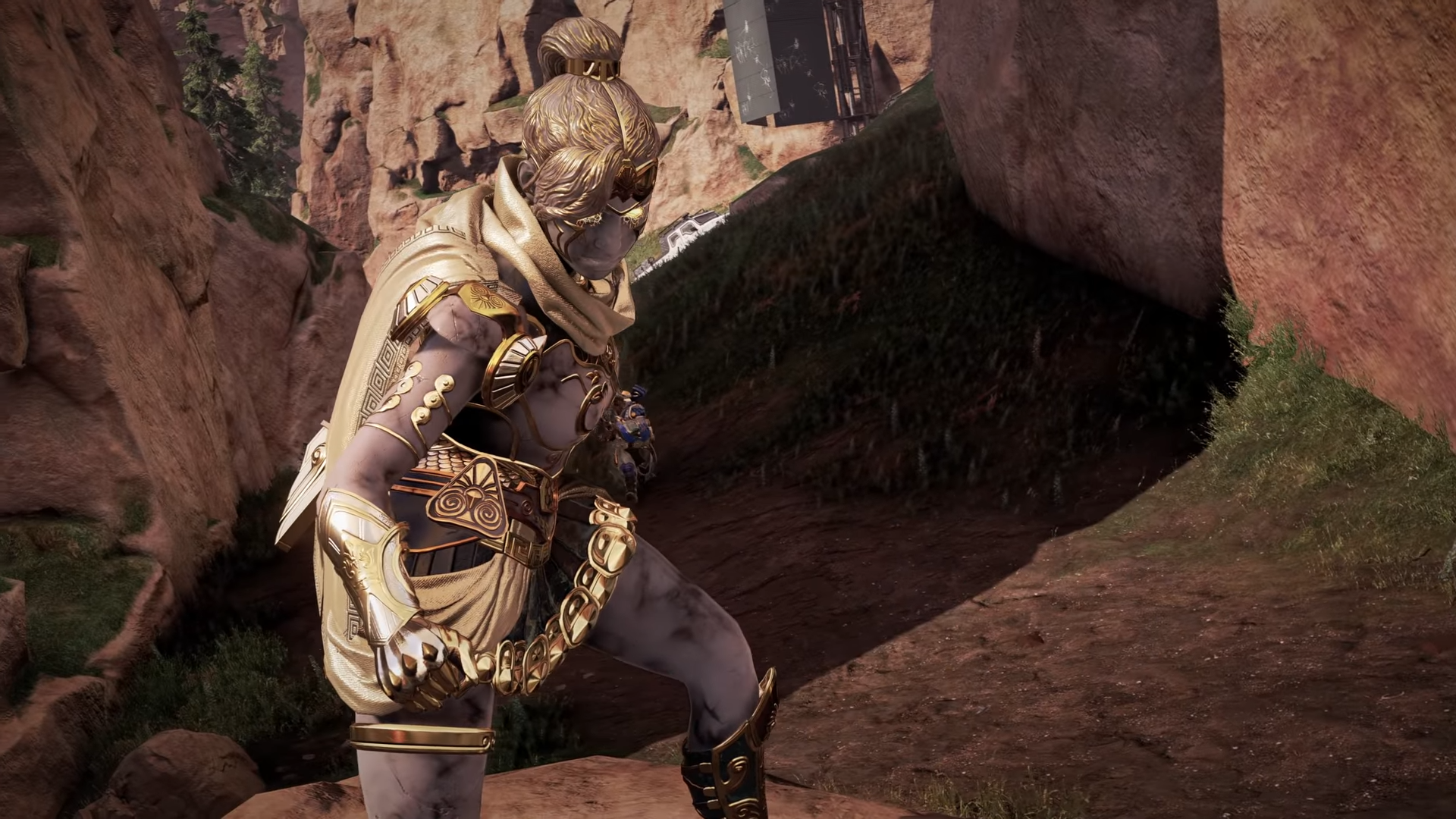 Apex Legends’ Lost Treasures event added a series of new skins to the game today, but one of them has a particular unintended effect. Wraith’s Marble Goddess cosmetic accidentally removes her headshot hitbox.

A player shared footage of the glitch, which clearly shows that headshots register incorrectly as body shots. Even the Kraber, which is supposed to instantly down a character with a headshot, doesn’t work with the new skin, allowing Wraith to endure a bullet to her head.

A Respawn designer confirmed the bug, saying that the company is “aware and looking at it.” A fix should make its way to Apex in the near future. But the bug doesn’t seem to require a specific trigger. Just equipping the skin will remove the headshot hitbox.

This isn’t the first time a skin has caused a game-breaking bug to Apex. Bangalore’s Apex Overdrive and Killer B cosmetics made the character appear invisible to other players, with only her head and weapons floating around. Respawn ultimately fixed the bug, but not without disabling the two cosmetics from play to deploy a solution.

The Lost Treasures event also ushered in a myriad of gameplay changes and balancing tweaks, especially to Wraith. Respawn greatly increased the activation time of her tactical, Into the Void, but boosted the duration and movement speed. The goal behind the changes is to make it more of a “repositioning and scouting ability” instead of a “get out of jail free” card.

The event runs until July 7, which gives players two weeks to acquire the Marble Goddess cosmetic for 1,800 Apex Coins or 2,400 Crafting Metals.

Update June 23 8:08pm CT: Respawn tweeted it has deployed a hotfix for the hitbox issue, but it will need to push a client patch to fix the blood splatter bug.