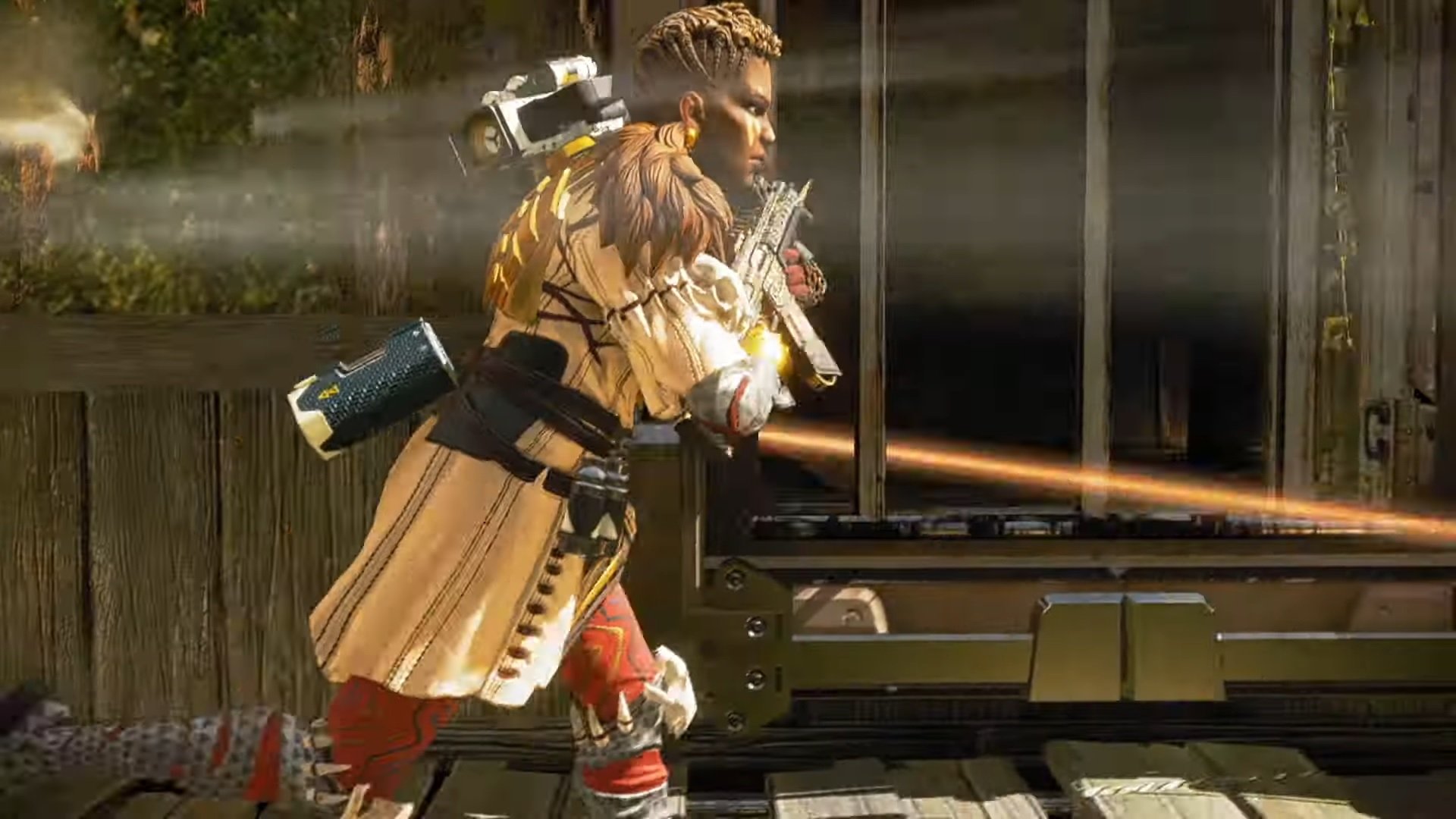 When Apex Legends was released in 2019, Bloodhound was the only legend with abilities that granted vision through obstacles, so it was fairly easy for Bangalore players to keep track of whether it was smart or safe to place down a smoke.

Three years and 11 new legends later, the amount of characters with some sort of a wallhack has grown exponentially, making it more and more challenging for Bangalore players and their teammates to play around her kit. After developers revealed Mad Maggie can see through walls (even if only for a brief time and after dealing damage), the discussion for buffing Bangalore sparked again amongst Apex fans.

A player suggested some buffs for the ex-IMC Soldier in a Reddit post. Their idea was to give Bangalore’s smoke an additional impact, instead of merely being a dense cloud that anyone can freely walk into—or, with the right kit, easily see through. The post presented four variations of the smoke: Compact, Conduction, Smother, and Density.

The first suggestion, Compact, would cause opponents to slowly suffocate after a short period, making it harder for enemy teams to push a defensive smoke and give Bangalore more impact when smoking the enemy team.

Conduction would trigger an Arc Star’s outburst that spreads across the smoke. This option would also discourage enemies from entering a non-friendly smoke and buy Bangalore’s team time to heal or revive. Considering the large area the smoke covers, however, it could be too strong when used offensively, especially if Bangalore and her team remain immune to the impact.

The Smother idea, on the other hand, would extinguish any occurring fire. Examples of such fire would likely be Fuse’s ultimate and Thermite Grenades, which would make the ability very situational.

Density would negate the impact of all scan abilities, making the smoke a way to counter the scans instead of it being the other way around. This suggestion seemed to be most popular among the comments since it wouldn’t make the smoke too strong while fixing its biggest weakness.

While some users in the comments were on board with the suggestions or presented their own ideas, some argued that buffing Bangalore’s smoke would make her broken or overpowered, and she’s fine as she is.

In the end, it’s up to Respawn Entertainment to make the decision if Bangalore and her kit need some work—and so far, there hasn’t been any mention of upcoming Bangalore changes for the foreseeable future.