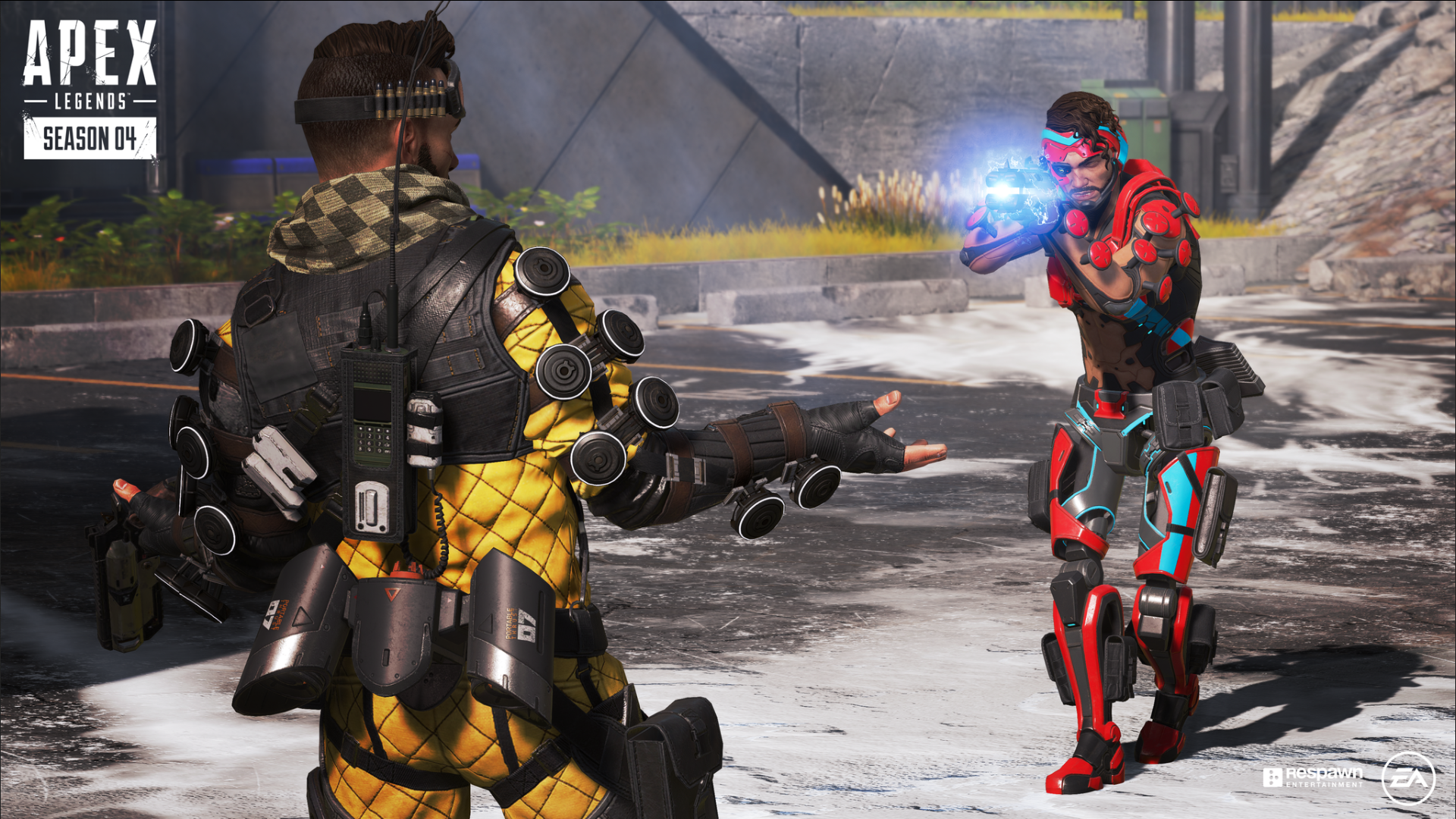 Apex Legends players have a new way to kill time before season six. The Always Be Closing Evolved limited-time mode went live today, featuring squads trying to outrun a constantly-closing ring with no pauses between rounds.

The limited-time mode is a twist on the Always Be Closing game mode that was a part of Apex's Grand Soirée event. Like in the regular version of ABC, the ring is constantly rushing toward players, which encourages them to keep moving.

The Evolved variant arms players with a Mozambique and an Evo Shield on drop and creates more opportunities for early teamfights. Giving out Evo Shields also encourages squads to actively engage in combat to gain an edge over other teams in the form of better armor.

Always Be Closing Evolved could also come with a surprise. The data-mined Graffiti hop-up mod may make an appearance in the limited-time mode. The attachment will reportedly let players fire paint-colored pellets and change the color of their shots by switching the fire mode. The hop-up will also reportedly increase LMG's mag size and reload time.

The Graffiti hop-up is likely a nod to the upcoming legend Rampart. The legend has spread graffiti over several spots on World's Edge, including painting the face of Apex Games commissioner Kuben Blisk. The hop-up also reportedly increases LMG mag size and reload time, one of Rampart's data-mined passives. The attachment is only compatible with the Spitfire—and fans saw Lifeline wielding a Spitfire in the season six launch trailer.

Always Be Closing Evolved runs until Aug. 18, the same day as the debut of Apex's sixth season, Boosted. Players can meet Rampart, test out the Volt SMG, and take advantage of the upcoming crafting feature starting next week.