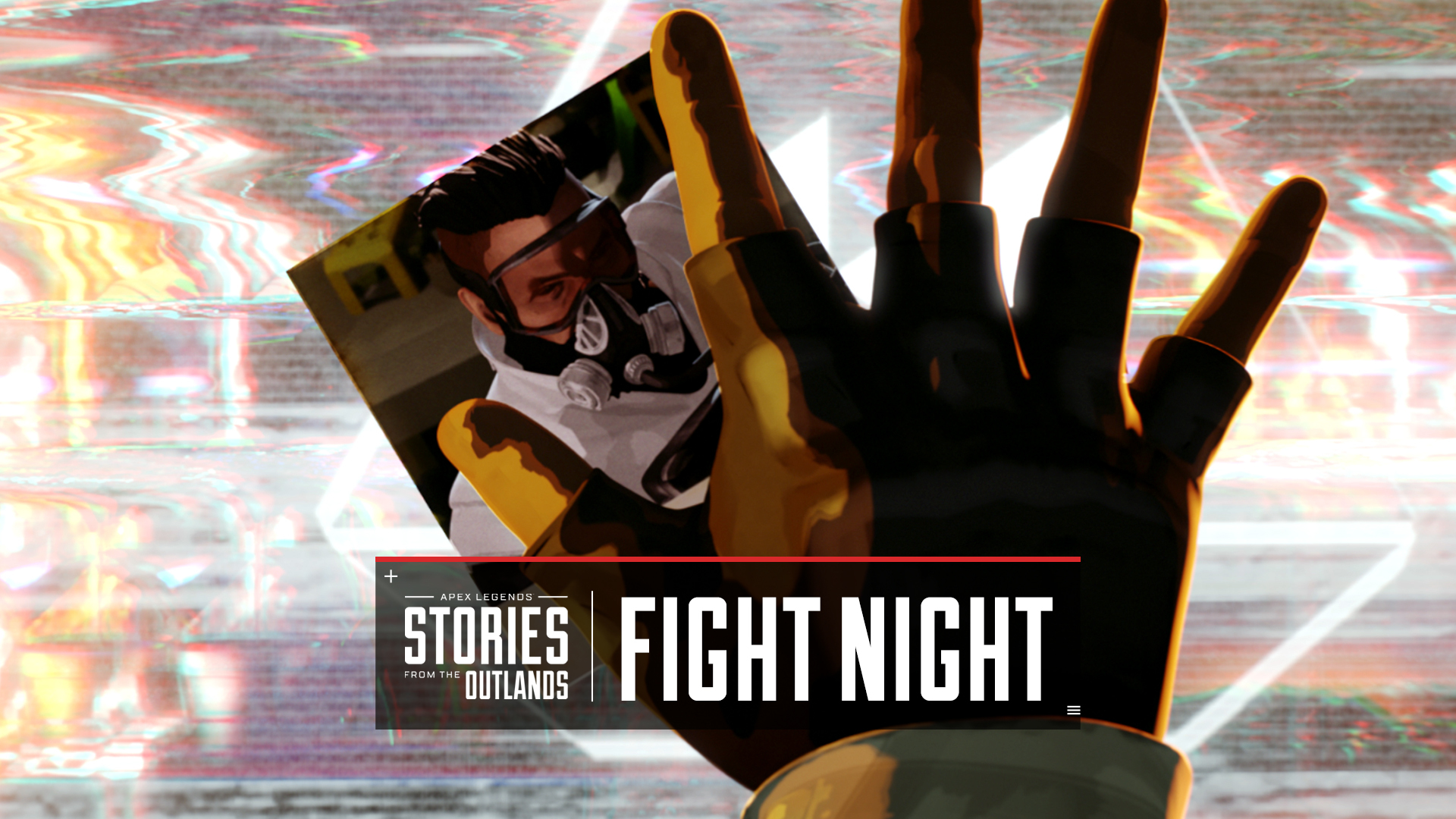 Apex Legends fans are in for a treat before 2020 ends.

Respawn revealed today that another episode of its animated short series, Stories From the Outlands, will launch tomorrow at 10am CT—and it could involve a series of legends, including Pathfinder and Caustic.

The animated short is called Fight Night and its thumbnail shows that someone seems to be surveilling Caustic. The scientist is sporting an undercut and a white hazmat suit, however, which may mean that it’s an old picture from his time as Alexander Nox.

In addition to the scientist, the animated short will likely bring Pathfinder into the spotlight. Earlier this week, players spotted Pathfinder billboards in Olympus—and some of the posters mentioned a “Fight Night.” The robot’s past also includes a stint as a fighter before joining the Apex Games, which explains the origin of his heirloom set.

The Fight Night short could pick up Pathfinder’s story from where it stopped during the season seven quest, Family Portrait. The legends started searching for an antique battery to power up an old MRVN unit that could hold some information on Pathfinder’s creator and triggered the chain of events that led to Lifeline’s family reunion.

In the final chapter of Family Portrait, Lifeline took the battery from her father and returned home with the legends. “Let’s see what yuh MRVN friend has to say,” she tells Pathfinder. Based on the ending, it’s possible that the legends will power up the old MRVN unit and uncover a clue about Pathfinder’s creator—which may lead the Forward Scout back into the boxing ring.