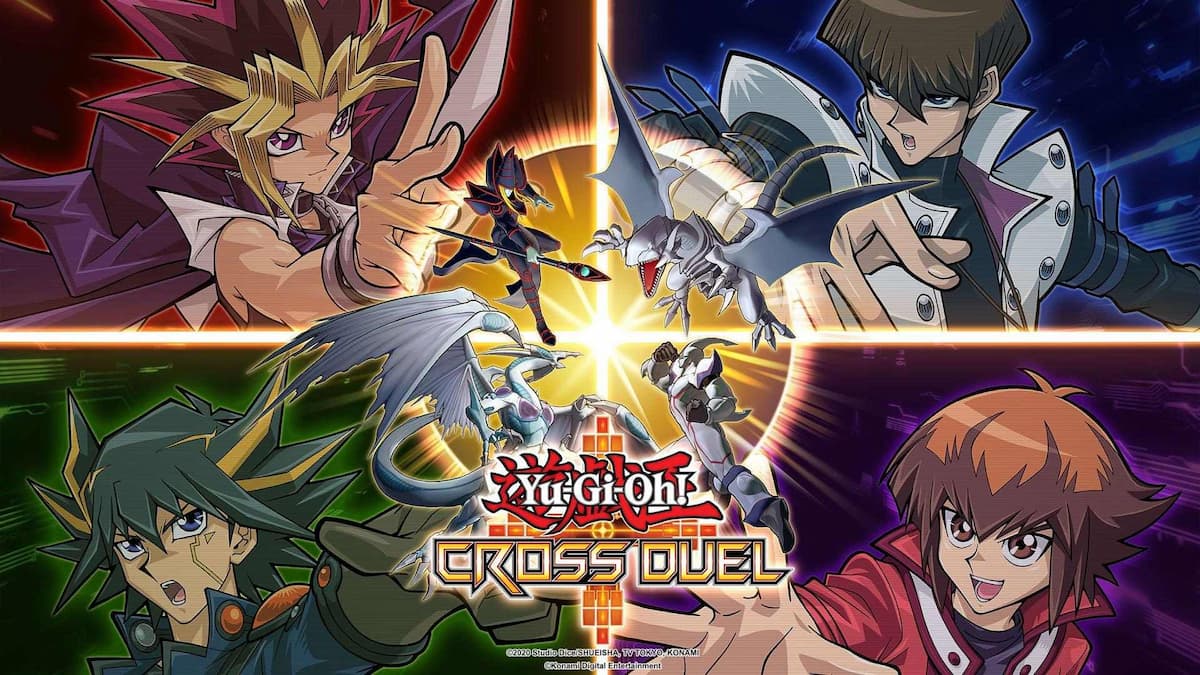 Two months of closed beta testing has led to this moment. Yu-Gi-Oh! CROSS DUEL is now officially available in all regions—with a staggered rollout dropping on both the Apple App Store and Google Play Store.

This is the first time the newest Yu-Gi-Oh! game has been widely available to play since being announced last July and entering sporadic periods of closed-off testing.

For anyone who hasn’t followed the rather silent development period for this game, Konami has created a new way to play the Yu-Gi-Oh! card game on mobile with a unique, four-way battle system. This was done by taking elements from the traditional Yu-Gi-Oh! card game, along with some of its other iterations like Speed Duels, Rush Duels, and even the Duel Links mobile format.

Related: How to download and play Yu-Gi-Oh! CROSS DUEL

With that in mind, CROSS DUEL acts as a four-player free-for-all Duel where the main goal is for each player to strategically summon and manage their monsters across three lanes that are tied to each other. Every Duel will only last eight turns and you will need to master Monster, Spell, and Trap cards in order to truly stand out in this new era of dueling.

Throughout your CROSS DUEL journey, you will form tag teams with iconic Yu-Gi-Oh! characters like ami Yugi, Seto Kaiba, Jaden Yuki, and Yusei Fudo. These Tag Partners will give you access to unique skills, cards, and more as you level them up—though the main method of collecting cards will be through the Gacha system.

A unique mechanic for CROSS DUEL is the use of Ace Monsters, which are tied to your tag partners, that give you special Master Skills. For example, Blue-Eyes White Dragon’s Master Skill allows it to destroy a monster upon summon and Dark Magician deals 300 damage to other players’ Life Points when you activate a Spell.

If the game is not yet available to download in your region, check back periodically over the next several days because Konami tends to release its games in waves. And, thanks to a successful global pre-registration campaign, all players will automatically get 1,200 Gems to use in the Gacha system when they first launch the game.