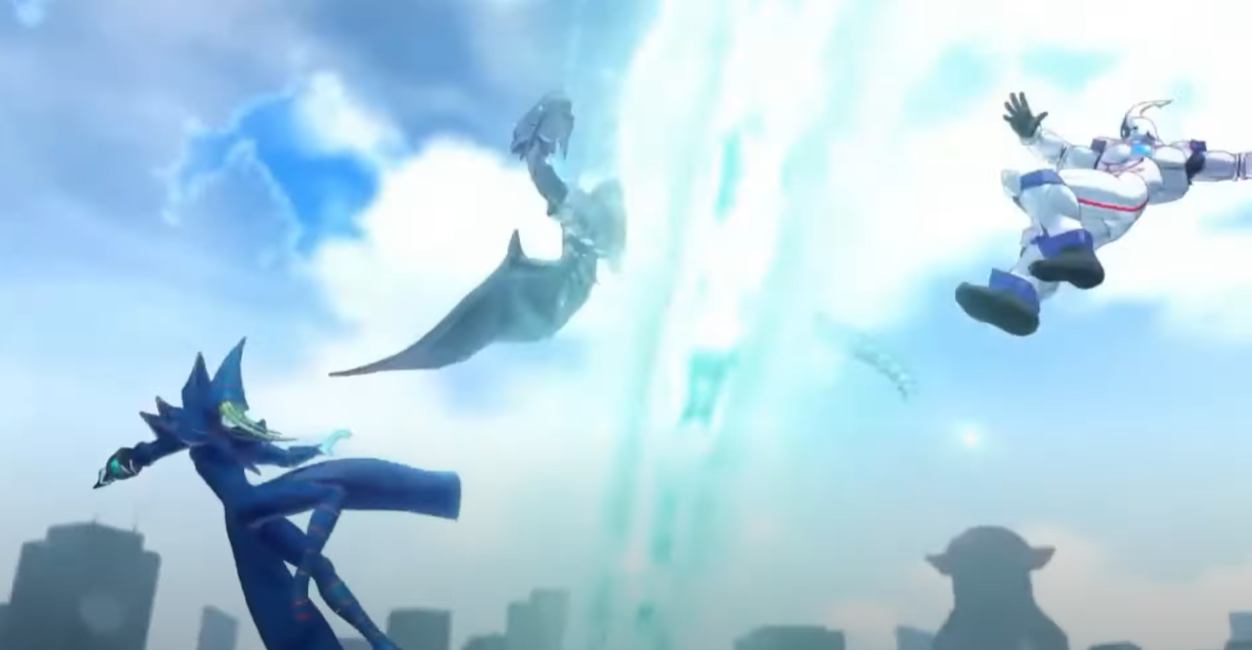 Konami is fond of releasing various Yu-Gi-Oh! products that will give fans new ways to experience the franchise, and now players have an entirely unique experience with Yu-Gi-Oh! Cross Duel.

Cross Duel takes elements of Duel Links, Rush Duel, and the traditional Yu-Gi-Oh! TCG to create a new digital iteration of the card game that is now available for players to download on mobile.

Instead of a regular Yu-Gi-Oh! card game, Cross Duel has four players facing off in a free-for-all Duel using an original card battle system that utilizes lanes and strategic card placement. Players will need to use those lanes to strategically summon and manage monsters to attack their opponents, with the added factor of using Spells and Traps to control the eight-turn Duels.

However, while the game is a free-to-play title and currently releasing, Konami initially shadow-dropped Cross Duel much like Master Duel, which leads to its own problems when going to download the game.

Is Yu-Gi-Oh! Cross Duel available to download on iOS and Android?

Cross Duel is in a soft launch, staggered rollout phase right now, which means players in certain regions will gain access to the game before others. This does not mean the game won’t become available. It simply means that you will need to consistently check back if it is not downloadable on your platform of choice.

Related: What consoles and platforms is Yu-Gi-Oh! Master Duel playable on?

If you don’t see the game popping up when you search for Yu-Gi-Oh! or Cross Duel on Google Play or the Apple App Store, it is likely not available in your region yet.

To start, Cross Duel was only available in the Netherlands, Canada, and Hong Kong at launch. Currently, those remain the only places where players can natively download the game without using a VPN or other service.

Once Konami is ready, the game will be released in a handful of additional locations until it eventually reaches its finalized state. This is the same method the company used for Master Duel, though it currently looks like it will take a significant amount of time compared to Master Duel’s quick expansion.