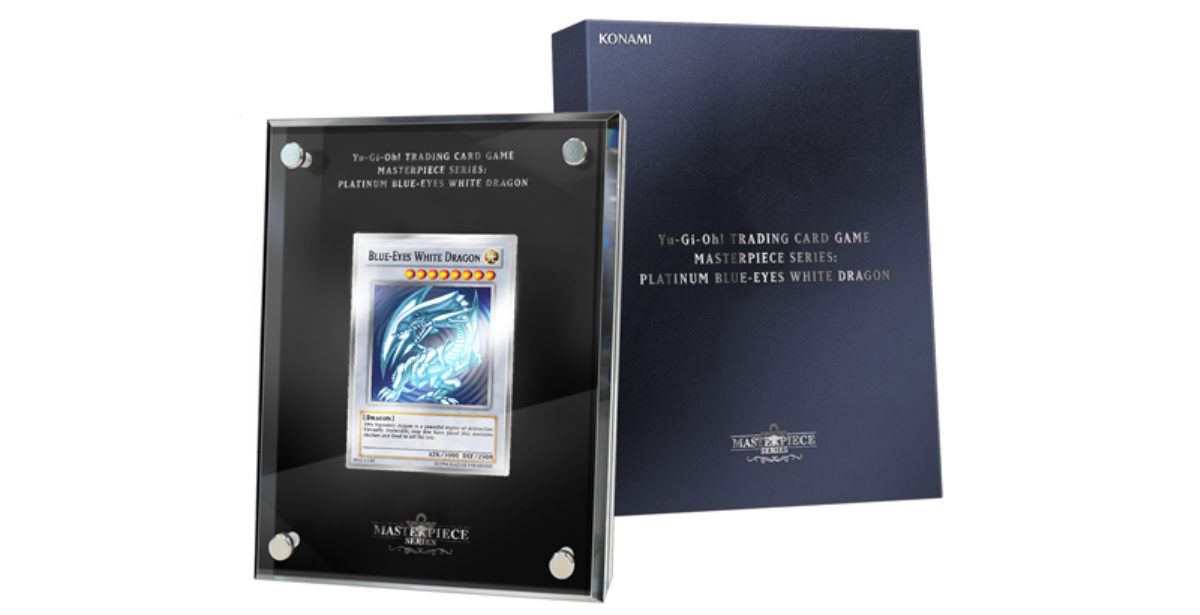 Konami revealed earlier this year that a limited number of special Masterpiece Series: Platinum Blue-Eyes White Dragon Yu-Gi-Oh! cards would be going up for sale. And today, pre-orders opened globally.

After a brief period of technical difficulties, Konami has confirmed that the product had already sold out just three hours after going live.

The Masterpiece Series: Platinum Blue-Eyes White Dragon is listed as a set of 1,000 copies of the original Blue-Eyes White Dragon with its iconic artwork, made of 99.9 percent pure silver. It was originally awarded to the three players in the Yu-Gi-Oh! Duel Links fourth anniversary tournament, The Virtual Seto Kaiba Challenge.

The platinum dragon card was being sold for $1,000 on the official Yu-Gi-Oh! store website.

Konami experienced some severe technical difficulties with the storefront, but it was only due to the website being overwhelmed by users trying to place pre-orders. As a result, once the store did go live again, the platinum card almost immediately sold out despite the massive price tag.

No further Masterpiece Series: Platinum variant cards have been announced. But due to the instant success of the Blue-Eyes White Dragon, Konami will likely continue the line with other popular cards in the future.