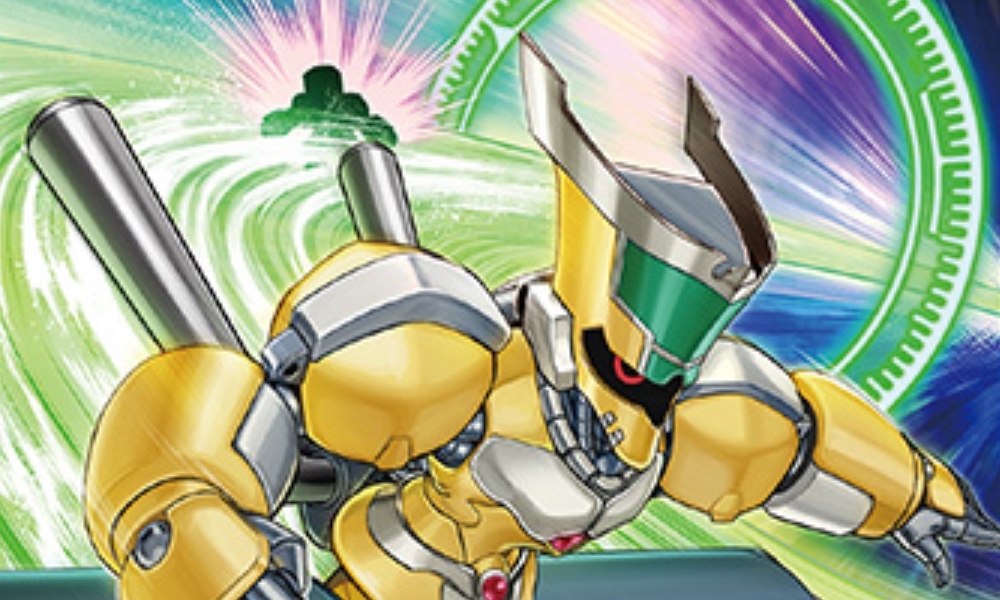 Dawn of Majesty seems to have a never-ending supply of support for the various summoning mechanics that make Yu-Gi-Oh! flow.

This time we got a new Synchro support spell that looks like it will be used to make specific boss monsters easier to summon.

Synchro Overtake is a Normal Spell and only has a single effect, which is revealing a Synchro Monster in your Extra Deck in order to add to your hand or Special Summon one of the materials that are listed by name on the card.

That material Monster can be summoned or added to your hand from the Deck or Graveyard. You can only use one Synchro Overtake per turn and, once activated, can only Special Summon from the Extra Deck during that turn if it is a Synchro Monster.

This is great for Synchro-heavy decks that use cards that list specific monsters as material. It could also be a boon for Synchron decks since they can use this to consistently get monsters like Road Synchron or Junk Synchron out, even if you don’t plan on summoning their boss monsters.

Pair Synchro Overtake with a card like Tuning and you essentially have two Spell Cards that let you add key resources directly to your hand or put them on your field. Dawn of Majesty releases in the OCG on April 17 and worldwide on Aug. 12 and 13.