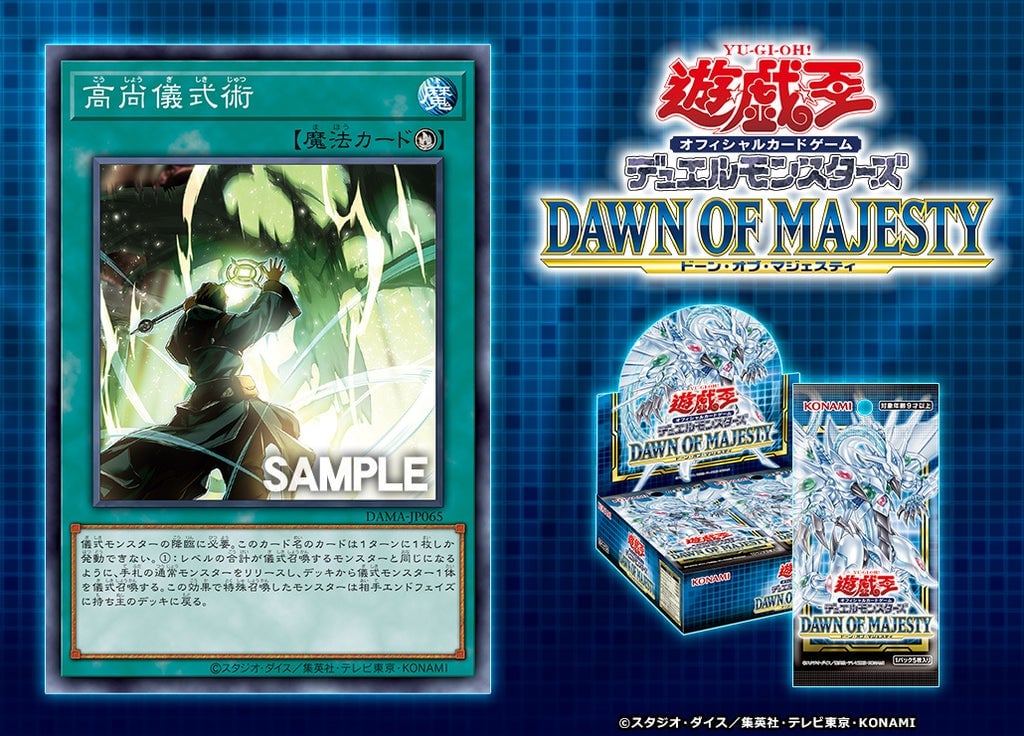 Another new card for the next Yu-Gi-Oh! OCG release, Dawn of Majesty, has been revealed, this time in the form of a Ritual card that will surely go down as one of the more overpowered options in the set.

The most basic translation for the name of the card is Refined Ritual Art, but an official English translation hasn’t been revealed yet. This card, loosely translated, will allow players to Ritual Summon one monster from your deck by tributing Normal Monsters in your hand whose levels are exactly equal to the Ritual Monster you want to summon.

There is a catch to this, however. The monster summoned through the card will be shuffled back into your deck during your opponent’s end phase.

This gives you one turn to use the card in question, including the use of its effect. It’s somewhat specific, especially since it only allows the summon to happen through sacrificing a Normal Monster, also known as a yellow card like Blue-Eyes White Dragon or Dark Magician.

Surely some Yu-Gi-Oh! players will be able to find a use for it, though, especially as more Ritual cards are added with the upcoming set. Dawn of Majesty is scheduled to be released in Japan on April 17.