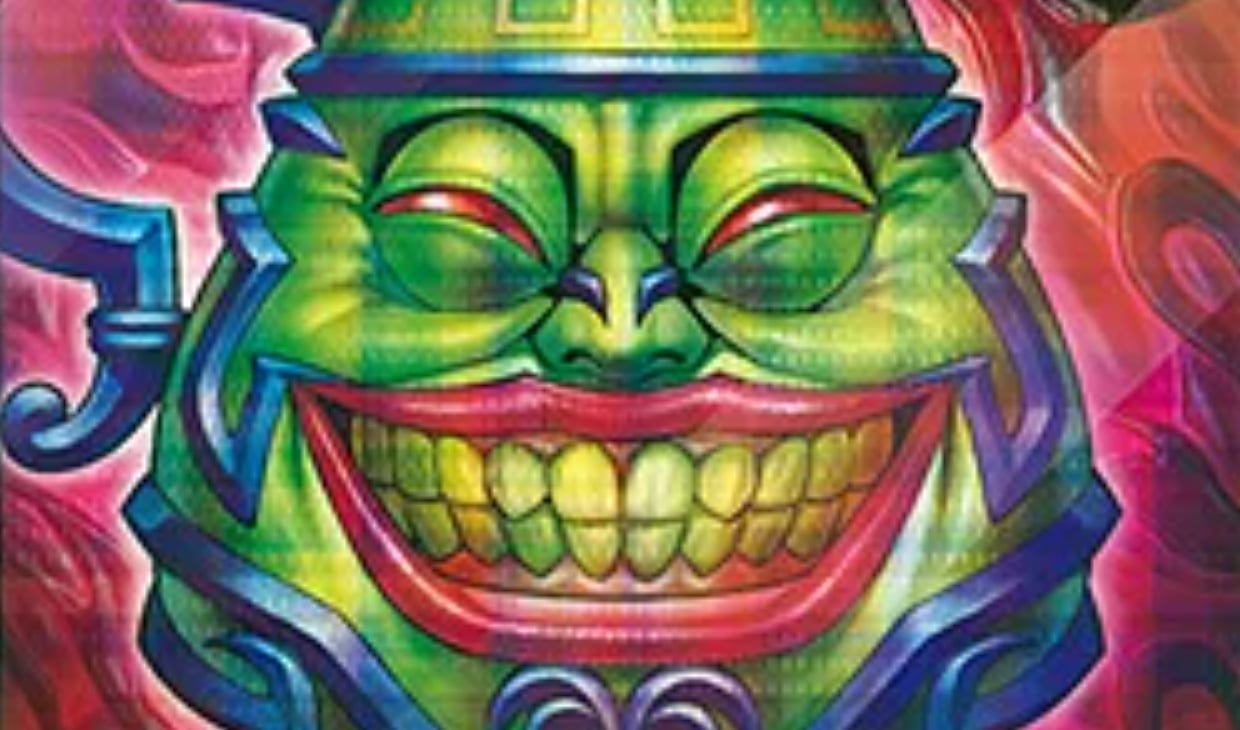 Yu-Gi-Oh! Master Duel is saying bye-bye to the current format with a new Forbidden and Limited list set to drop at the end of September, and do the job the last banlist couldn’t finish on its own.

In addition to that change, players will finally be able to craft Forbidden and Limited cards that were previously unavailable on Sept. 30, such as Pot of Greed.

This is a huge update, as it enables players to utilize previously inaccessible cards in custom Duel Rooms to play limited Yu-Gi-Oh! formats like Goat, Reaper, and Edison. If this kind of support continues to get pushed, Master Duel could see its own dedicated communities around these secondary formats start popping up or migrating from other platforms—which would be a big win for Konami.

For that updated Forbidden and Limited list, which will go into effect on Sept. 30, some of the most notable hits include Crystron Halqifibrax being officially banned, Spellbook of Judgement going to Limited, and a number of Semi-Limited moves like Rivalry of Warlords, Gozen Match, and ABC-Dragon Buster. It looks like floodgate decks will be the most affected from these changes when they go into effect, with increased answers like Red Reboot at two copies now.

This doesn’t address everything that players are tired of dealing with in the current meat, like Maxx “C” still being at three copies for example, but it should give some rouge decks a better shot or more dynamic deck building options.

There are a few elements of this update that will go live before the end of the month, including the next limited-time event and a new Structure deck.

Said Structure Deck will be added to the in-game shop on Sept. 20 and center around the Spellbook archetype. It will include the newly-unbanned Spellbook of Judgement along with Hierophant of Prophecy, with the deck being called Spellbook of Prophecy.

To go along with this new deck, Spellbook of Judgment will actually be legal starting today in preparation for the shop update on Sept. 20.

The new event will actually be the first “versus” format, with Synchro and Xyz Summoning mechanics being legal—so either Virtual World will be everywhere, or players will continue with their current tribute summoning shenanigans.

The full Forbidden and Limited list for the Synchro x Xyz even is live in Master Duel now and there will be three unique Loaner Decks players can use if they don’t want to build a deck themselves. They will be Intersection of Two Colors (Magician Pendulum), Jolly Ghostrick (Ghostrick), and Dark Blade Looming Over the Swordsoul (Swordsoul).