The next Yu-Gi-Oh! OCG set, Dawn of Majesty, will bring a lot to the table when it’s released on April 17, including a new archetype called Despia that was revealed by Konami earlier today.

These Depia cards seem to be based on dramatized theatrical elements, with their origin being set in the words “despair,” “death,” and “thespian.”

In total, eight cards for the archetype were revealed, including four Effect Monsters, two Fusion Monsters, and two Spell Cards. The effects of these cards vary wildly and they don’t seem to have one unified theme outside of having multiple once per turn effects and some synergy surrounding Extra Deck Monsters. 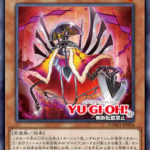 Two of the Effect Monsters, Despian of Comedy and Despian of Tragedy, have effects that protect or help search out other Despia cards and are both level one monsters. Comedy can act as a hand trap, while Tragedy is a recruiter that can be used twice.

Alber, Jester of Despia is slightly bigger, being a four star, 1,800 Attack beater that can search for a Stigmatika Spell or Trap upon being summoned. It can also be special summoned if a Fusion Monster you control is destroyed, while also negating one of your opponent’s monster effects. 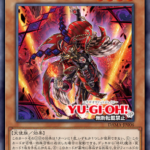 The non-Fusion boss monster of the archetype, at least that we’ve seen, is Dramaturgia of Despia—a level eight, 3,000 ATK Effect Monster that can negate a monster’s effect whenever an Extra Deck monster is summoned. It can also immediately be summoned back to the field if it’s used as material for a Fusion Monster and sent to the Graveyard from the hand or field.

Moving onto the Fusion Monsters, both require a Despia monster and additional monster that is of the Light or Dark attribute, giving it some synergy with Chaos monsters since all Despia cards fit those requirements. 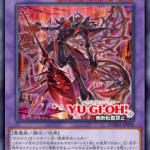 Despian Quaeritis is a level eight monster with 2,500 ATK and Defense, as well as a Quick Effect that can change the ATK of all face-up monsters on the field to zero outside of level eight or higher Fusion Monsters until the end of the turn. When it leaves the field, you can add to your hand or special summon a Despia monster or Fallen of Albaz from your Deck.

If that description and the previous mention of Stigmatika wasn’t enough, the Despia cards tie directly into that archetype and will likely have some solid synergy with Dogmatika too.

The final monster shown off was Despian Proscenium, a 3,200 ATK and DEF level 11 Fusion Monster that gives lots of field control options since it can target one Fusion, Synchro, Xyz, or Link Monster in your opponent’s GY and either banish or special summon it to your field. It also allows you to deal effect damage to your opponent based on the highest stat of any monster it destroys by battle.

Despia, the Stigmatika Theatre is a new Field Spell that will let you Fusion Summon level eight or higher monsters using material from your hand and field. Additionally, if a Fairy Monster you control is destroyed by battle or leaves the field due to card effect, you can special summon a level eight or higher Fusion Monster. 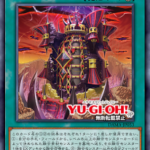 Lastly, Stigmatika Curtain Rise is a new Quick Play Spell that allows you to discard one card and add to your hand or special summon in DEF position  a Despia monster from you deck, though you can’t perform any extra deck summons other than for Fusion Monsters for the rest of that turn. You can also banish this card from the GY to prevent a Fusion Monster you control from being destroyed by a card effect.

Overall, this looks like it could be a strong archetype, especially when paired with the other Stigmatika and Fallen of Albaz-related support cards.