Dark World is back on the menu for Yu-Gi-Oh! players in the coming year, with Starter Deck Devil’s Gate bringing some reprints along with new cards for the archetype on Aug. 6 for the OCG.

Just like with several previous Structure Decks in the OCG, this is a retrain of the original Devil’s Gate deck from June 2011 which introduced Grapha, Dragon Lord of Dark World, and several other cards that boosted the archetype into competitive relevancy at the time.

In this next Structure Deck, players will get new variants of classic Dark World cards like Reign-Beaux, Overlord of Dark World and Grapha in an attempt to bring the archetype back. Konami’s first look at the sealed product revealed four new cards and a handful of reprints that will be included when it launches, and here is everything we know as of that reveal, with translations for the new cards provided by YGOrganization. 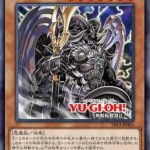 As always, even though this Structure Deck is scheduled to release in the OCG on June 21, there is no guarantee a similar product will launch in the TCG. Most of the time, the new cards from these revamped classic Structure Decks, the new cards tend to be pulled out and stuffed into TCG sets instead of being imported directly into sealed decks.