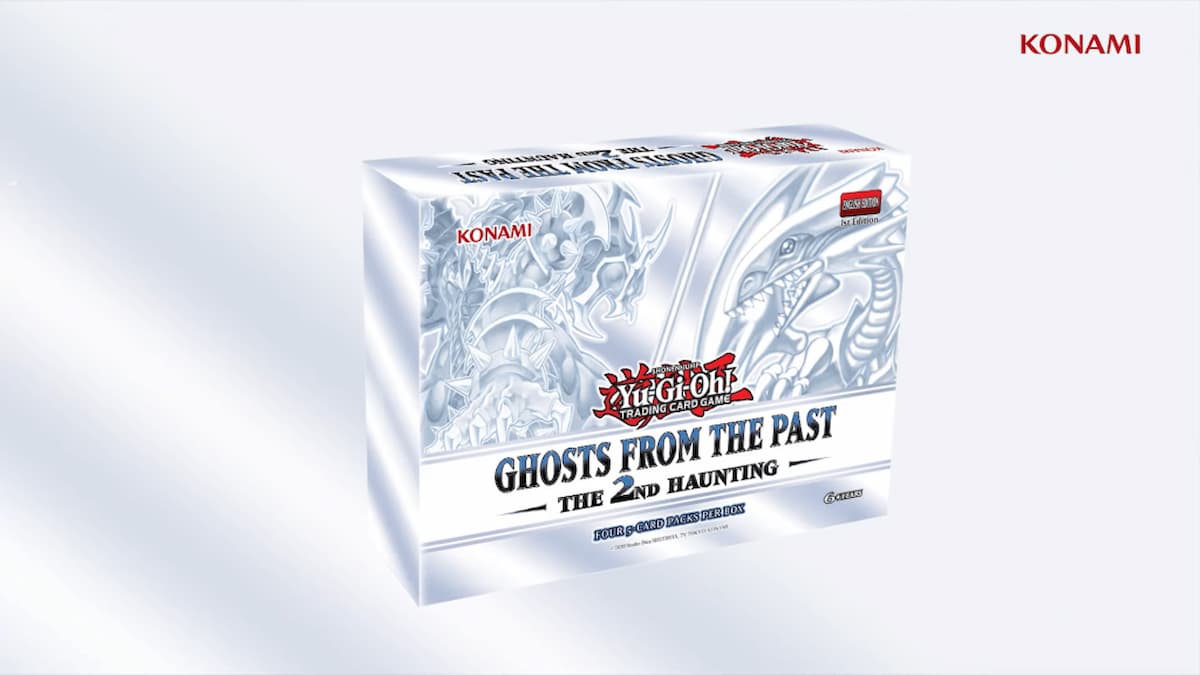 Konami loves promoting Yu-Gi-Oh! products months away from their launch, especially for special sets that are going to have collectors coming out of the Shadow Realm to try and pull rare cards.

The 2021 set was met with mixed reviews and criticized for multiple reasons, including its lack lacking card selection, holding only three packs per $20 box, and the overall low probability of actually pulling Ghost Rare cards. To fix this, Konami previously announced that The 2nd Haunting will include an additional five-card pack, more Ghost Rares, and a higher pull rate for said Ghosts.

Those five cards alone will sell the set for a lot of Yu-Gi-Oh! fans, specifically because the Blue-Eyes and Dark Magician Girl will likely end up rivaling the original Ghost from the Past’s Dark Magician in terms of value, as it is currently listed for an average sale of over $500 on TCGPlayer.

Additionally, Crystal Beast Rainbow Dragon, Decode Talker Heat Soul, and Borrelend Dragon will be making their over to the west for the first time as imports in the set, showing that Konami will likely be using The 2nd Haunting to bring over cards not planned for printing in other products, just like the original set.

The 2nd Haunting will release on April 22, 2022, for a retail price of $19.99, though you can expect listings to skyrocket again on the secondary market once it officially becomes available.