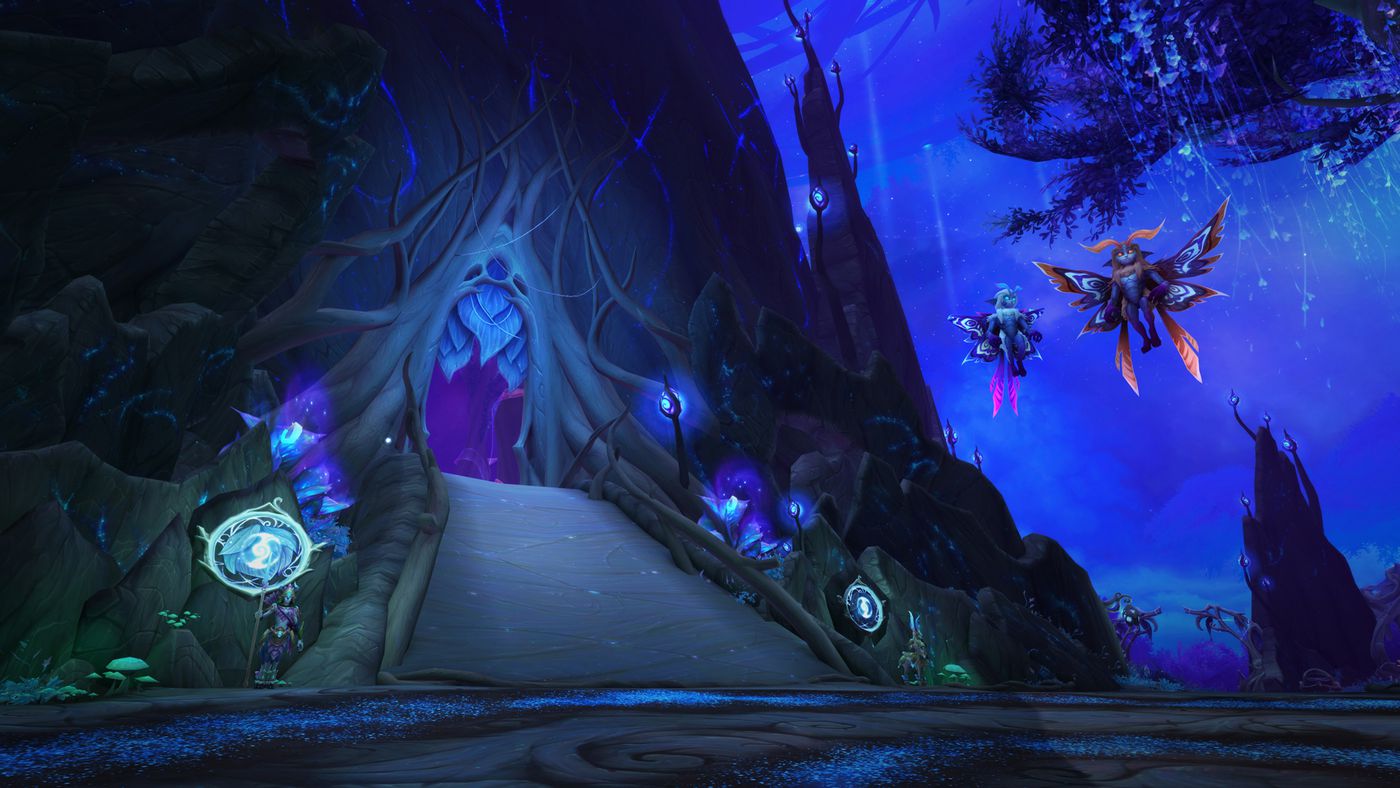 Patch 9.1.5 is bringing several gameplay updates, as well as cosmetic changes to a few of the game’s races. Players should notice an immediate change in the way WoW feels. The game’s development team has made a wide-sweeping effort to improve the game’s systems through quality-of-life changes.

In the past, a lengthy process that involved retracing your steps with your new covenant was the standard for players looking to swap. But now, players won’t have to worry about repeating progress that they’ve wiped clean. Covenants have become far more streamlined in Patch 9.1.5 than they were during the earlier patches of Shadowlands.

Additionally, Patch 9.1.5 will remove the Area of Effect (AoE) cap that’s limited the damage capabilities of certain classes in recent years. In Patch 9.1.5, DPS players will be able to hit an unlimited number of targets with AoE abilities with their maximum effectiveness.

In prior patches and expansions, abilities that hit multiple targets had their damage output reduced based on the targets that were affected. Moving forward, classes that had previously seen their DPS numbers reduced in AoE situations will most likely see their throughput increase when fighting many enemies at once.

Players looking to dive back into some of WoW’s older content will find that legacy raids from the Legion expansion have been properly scaled for modern gear, while alternate character leveling has become easier in the current patch as well.