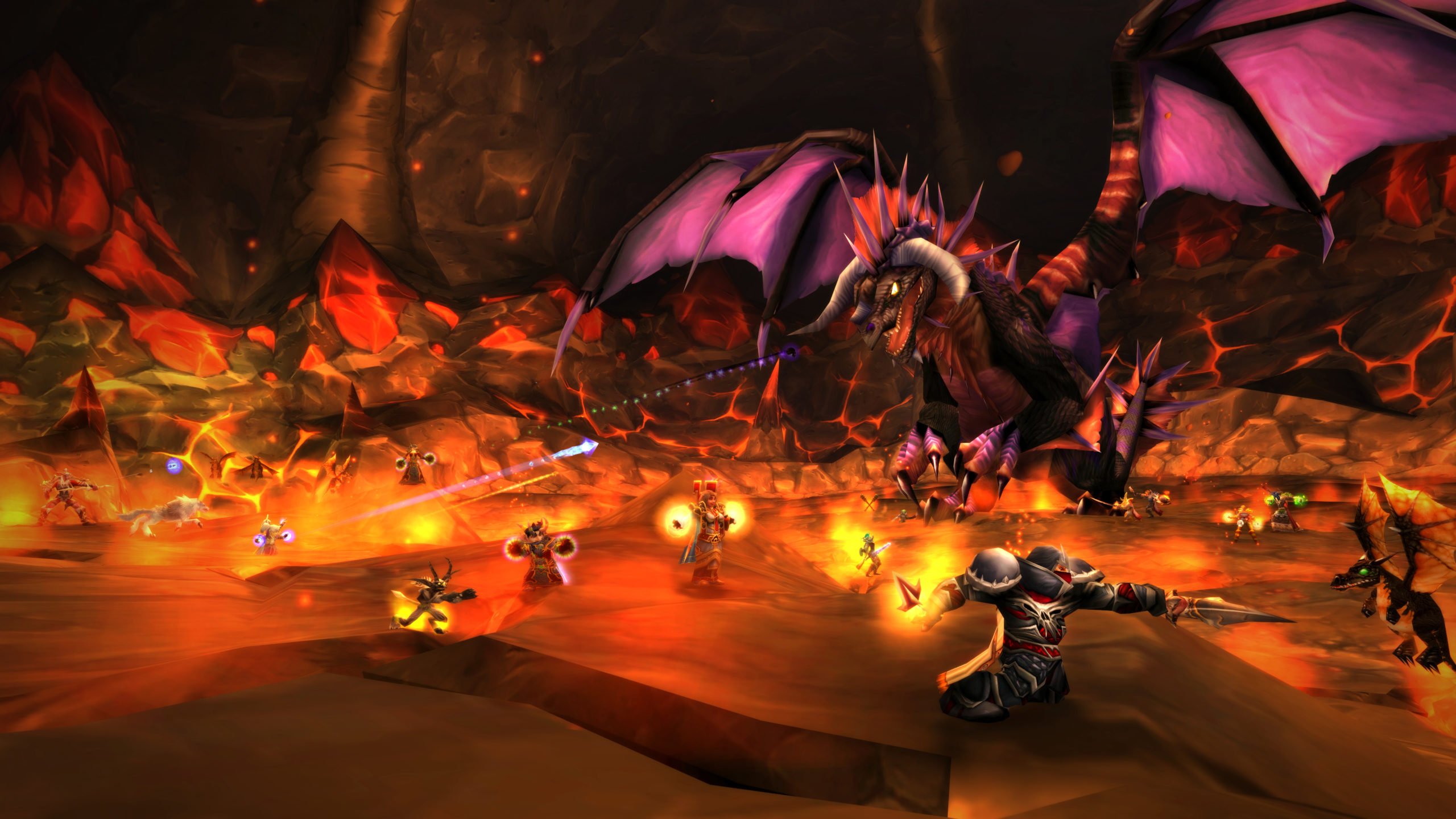 Blizzard Entertainment is changing the way world buffs work in World of Warcraft: Classic by introducing a new item called the Chronoboon Displacer.

World buffs have been one of the defining features of raiding in Classic. But while there have been some interesting “social effects” like coordinating turn-ins, leveling alts, and world PvP, there’s “an obvious negative element,” according to the developers.

Once you’re buffed, you’re incentivized to log off and stop playing to preserve your buffs, preventing you from playing the game. Roaming around the world risks losing precious minutes on your buffs or dying and losing them entirely.

The solution to the world buff dilemma is the Chronoboon Displacer, an item that Blizzard proposes to add to the game in Patch 1.13.7.

The Chronoboon Displacer is an item you can buy that takes a “snapshot” on your world buffs, like Rallying Cry of Dragonslayer, Warchief’s Blessing, and Spirit of Zandalar, and “saves them” for use at a “later time.”

But the item, as not to change things “too radically,” comes with some “significant restrictions.” While you’re under the effects of the Chronoboon Displacer, you can’t benefit from any of the world buffs that it’s holding for you. When you release the buffs, it also puts the item on a one-hour cooldown so that you can’t toggle your buffs on for bosses and off for the rest of the raid.

How does it work?

Where can I get one?

Chromie, the half Gnome, half Bronze Dragon, sells the Chronoboon Displacer in Andorhal in the Western Plaguelands. Once you’ve made a deal with her and helped her repair the time stream, she’ll be happy to sell you as many Chronoboon Displacers as you desire.

Blizzard initially intended to keep the game the same as it was originally. But now that all of the planned content phases have taken their course, the developers have “taken a step back” to consider what it means to have the world buff system stay this way in Classic. While a “persistent world” where “everybody is traveling around for magical items and spells to maximize their power is fine,” one where they then have to stop playing to “avoid wasting them” is “wrong.”

An item that lets you “bottle your buffs” is the solution to this problem, a “thematically appropriate” change to “alleviate that problem.”

The Chronoboon Displacer is expected to come out before Burning Crusade Classic is released later this year.