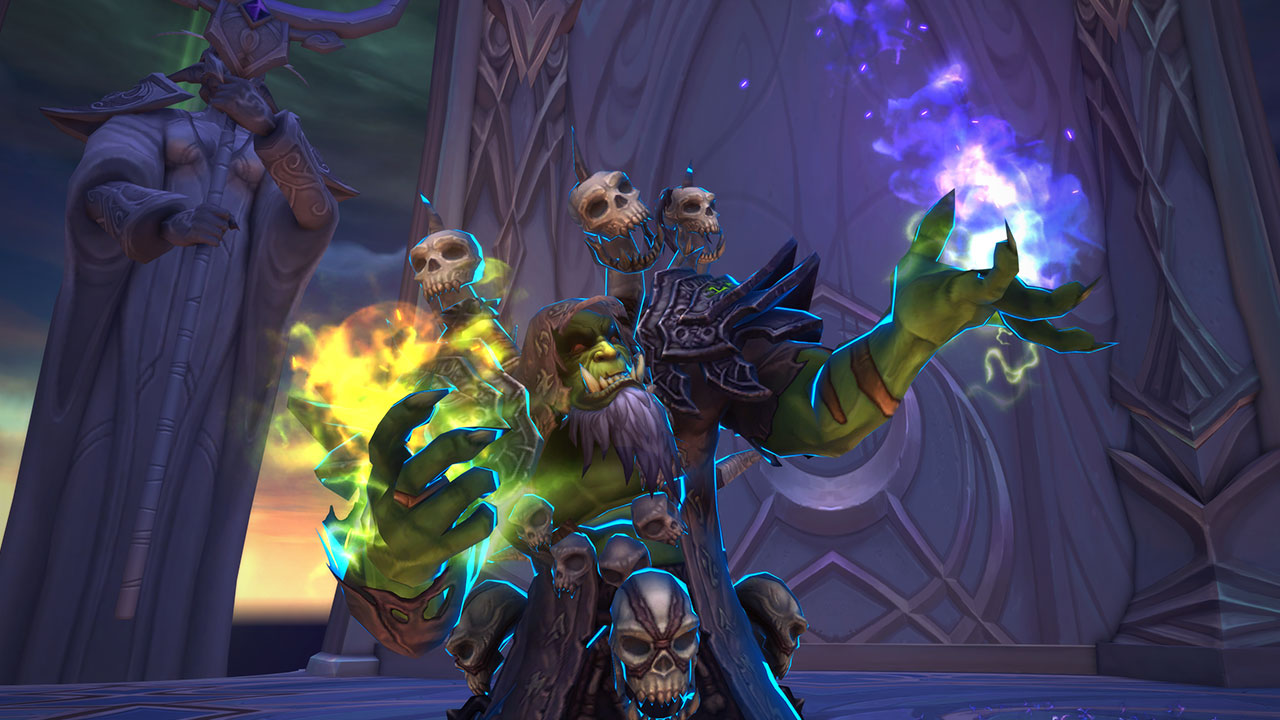 There have been countless boss fights released in World of Warcraft over the span of its lengthy history. But there are only a handful that stick out as both immensely difficult and incredibly memorable.

As time has gone on, players have gotten much better at World of Warcraft. And as a result, the game’s developers have made a constant effort to make boss fights far more difficult with each passing expansion.

Whether these fights presented a fun, immersive challenge or if they were difficult for all the wrong reasons, they still go down in the history books for their own unique reasons. From the toughest fights of early WoW to some of the most threatening fights of the game’s modern era, here are our picks for the 10 hardest boss fights ever released in World of Warcraft.

At the time of M’uru’s release in 2008, he stood out as the single hardest boss WoW had seen up to that point. The fact that the fight placed intensive stress on both DPS players and healers—who both had to trudge through a ramping race to the finish line—made M’uru The Burning Crusade’s toughest challenge. And while WoW players who experienced the M’uru fight firsthand 13 years ago will reminisce about how difficult the encounter was, it’s important to remember that players have gotten much better at the game since that point in time. Plus, Blizzard has gotten a lot more creative with its difficult boss mechanics. Thus, in turn, mechanics considered “hard” by top WoW guilds back in the day are widely considered cakewalks for guilds that have dealt with some of the more torturous fights the game has had to offer in its recent history.

Blackrock Foundry is often considered to be one of WoW’s best raids, largely thanks to the fact that it consistently ramped in difficulty all the way to the finish line. Back-end bosses like the Iron Maidens and the Blast Furnace took guilds hundreds of attempts, while the raid’s final boss, Blackhand, served as the pinnacle of the instance. It took the world’s top guild, Method, 325 attempts to secure a kill.

Thanks to an extra, Mythic-difficulty only phase of the fight that had been kept secret throughout the Race to World First, players found themselves taking plenty of time with Garrosh Hellscream. The boss lived for 14 days and survived two server resets—a rare feat for modern WoW bosses.

The Heroic mode version of the Lich King encounter was already difficult to begin with. But the fact that the game limited guilds’ attempts at the boss each week helped Arthas live for 46 days after the launch of Icecrown Citadel. Plus, the fact that Blizzard patched out the ability to use Saronite Bombs to circumvent one of the fight’s mechanics—which had become a major strategy of many guilds—forced a large population of raid teams to shake up their approach to the fight.

Queen Azshara presented players with more mechanics and things to keep track of than many other modern WoW fights. DPS players especially had to keep track of many different line-of-sight mechanics that could easily wipe the raid if not properly managed.

It’s not that the mechanics of the Fallen Avatar fight were necessarily “hard,” it’s that they were entirely overtuned. Players from top guilds around the world could wrap their heads around the fight’s mechanics pretty consistently, but the fact that many of them weren’t geared enough to deal with them made the fight incredibly difficult. Without a doubt, Fallen Avatar sets the bar for hard WoW bosses that weren’t final bosses.

The Yogg’Saron encounter on its highest difficulty is colloquially referred to as “Alone in the Darkness” because of the lack of buffs that you receive from various NPCs in the Ulduar raid. The fight itself was designed with exterior buffs in mind, so removing them from the equation made the players completely “alone” and vulnerable to Yogg’Saron. It took Stars—the only Taiwanese guild to ever win a World First race—over 500 attempts to take down the boss.

Despite being the end boss of a relatively small raid that featured just two bosses, Uu’nat still presented an immense challenge for all of the guilds that tried to take him down. With 731 attempts on the boss before finally being beaten, Uu’nat goes down in the WoW record books as one of the most difficult enemies ever cooked up by Blizzard.

The Jaina Proudmoore encounter in the Battle of Dazar’Alor raid presents a prime example of a boss fight that’s made difficult by just one mechanic. As opposed to other historic boss fights like Queen Azshara and the Lich King—which bombarded players with at least a dozen mechanics to keep track of during a fight—Jaina only made players focus intently on one tough mechanic: Chilling Touch. The stacking debuff slowed players by two percent for each stack, and eventually, at 100 stacks, the affected player was frozen solid. The fight marked one of the most difficult hurdles for top guilds in recent memory. Teams from all over the world struggled to counter Jaina’s oppressive nature. Eventually, the boss was defeated after forcing 346 wipes from Method.

Raid teams around the globe took a deep sigh of relief once Fallen Avatar had been defeated, only to find that the final boss of the Tomb of Sargeras, Kil’Jaeden, posed an even bigger challenge. Many of his abilities were heal-intensive and teams who weren’t geared enough found themselves dying to hard-hitting maenchis over and over again.

Many raid bosses from The Burning Crusade expansion were literally unbeatable considering they were bugged upon release, preventing top guilds from securing a kill. With that in mind, it’s only appropriate that Kil’Jaeden, a boss originally released in The Burning Crusade, was bugged upon his re-release 10 years later in Legion. Top teams found that the ability “Erupting Blaze” would often deal damage to players who weren’t being hit by the ability, causing frequent wipes and immeasurable frustration. Before Kil’Jaeden was taken down on Mythic difficulty, Method wiped on the boss 654 times.