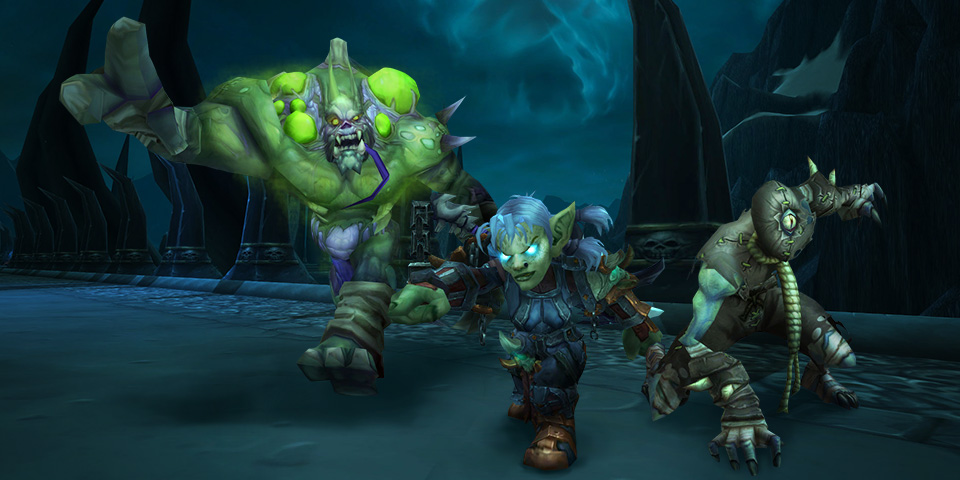 Unholy Death Knight represents the definition of a tried and true “summoner” class in World of Warcraft. With boundless opportunities to summon a genuine army of undead minions to follow you into combat, you’ll never be alone when playing Unholy Death Knight.

But just because your minions are going to be hitting hard and contributing to a strong amount of your DPS numbers doesn’t mean you can’t pack a punch yourself. Unholy Death Knight has plenty of tools at its disposal to rack up damage and hit hard with some class-defining abilities.

Here’s how to make the most out of Unholy Death Knight in Shadowlands with the best talents and build for the class.

Level 15: All Will Serve – A straightforward DPS booster, All Will Serve adds another skeletal ghoul to your arsenal of minions. The other talents in the level 15 row don’t add enough to the Unholy rotation to outweigh the raw DPS increase provided by All Will Serve.

Level 25: Unholy Blight – Another monstrous DPS increase, Unholy Blight applies a stackable debuff to enemies that deals immense damage over time. Additionally, any target affected by the debuff takes increased damage from your minions, making the talent work extremely well in conjunction with All Will Serve.

Level 30: Asphyxiate – Asphyxiate is a great crowd control tool that can be used with a strong amount of versatility. The different options on the table when it comes to using a four-second stun are vast. From taking an enemy out of a fight to interrupting a powerful spell, Asphyxiate can be used in almost any scenario.

Level 35: Soul Reaper – Soul Reaper adds another hard-hitting ability to your rotation. And when striking an enemy below 35 percent HP, the extra damage that the ability deals will boost your DPS numbers in the later stages of an encounter.

Level 40: Wraith Walk – Death Knight is easily the least-mobile melee class in all of WoW and is right at the bottom of the mobility tier list alongside some classes like Warlock and Shaman. Wraith Walk is a must-have talent if you want to make sure that you have as many mobility options as possible because there aren’t many baseline abilities that will grant you flexibility in the way you move around an encounter.

Level 50: Army of the Damned – Another talent that adds more minions to your pool of undead followers, Army of the Damned brings a skeletal mage to the table that slings hard-hitting Frostbolts at your target like no tomorrow. Additionally, the passive effect of Army of the Damned, which reduces the cooldown of Army of the Dead each time you cast Death Coil, is a huge boost to your DPS since it allows you to cast your signature ability more often.

The ideal covenant for Unholy Death Knights in all situations is Necrolord with the Emeni soulbind. Abomination Limb is a strong ability when timed correctly alongside your other main cooldowns, but most of the value that comes with a Necrolord selection comes from the covenant’s trademark ability, Fleshcraft.

The recent buffs to Fleshcraft altered the ability to give Necrolord players a damage reduction while channeling, in addition to the already strong shield that comes with the cast.

As an Unholy Death Knight, your stat priority is as follows: Mastery > Haste > Critical Strike > Versatility.

Mastery is the most ideal stat to stack on Unholy because of its passive increase to the damage dealt by your undead minions. The more natural damage your minions are dealing, the stronger your overall throughput will be throughout the course of an extended fight. Beyond Mastery, Haste and Critical Strike will allow you and your minions to attack faster and hit even harder. While they’re definitely solid secondary options in terms of stackable stats, you should be actively trying to hit the Mastery cap when it comes to your itemization. The amount of shadow damage that you’ll be buffing by building Mastery is way too good to pass up, especially on a damage-focused class like Unholy Death Knight.