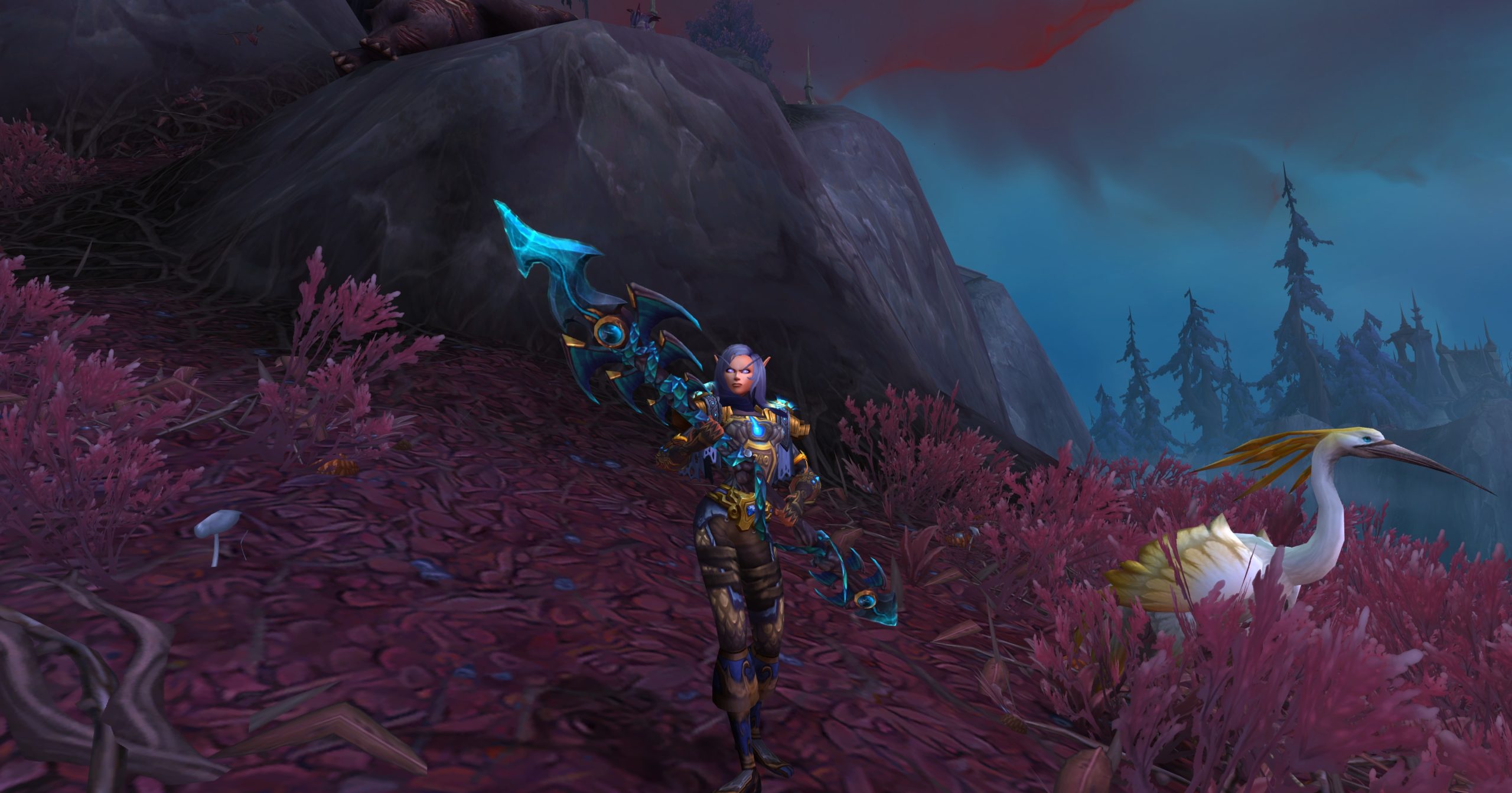 For the first time since being reworked into a melee class in World of Warcraft Patch 7.0, all the way back in 2016, Survival Hunter is a competitively viable, borderline top-tier class during Patch 9.2, the final patch of the Shadowlands expansion.

Here are the best talents and general build to pursue for your Survival Hunter in WoW: Shadowlands Patch 9.2.

Level 15: Alpha Predator — Perhaps the most straightforward of the talents you’ll select as a Survival Hunter. Alpha Predator gives your Kill Command ability an extra charge and causes it to deal 30 percent more damage. Since Kill Command is a core ability for the class’ rotation, this talent is practically a must-have.

Level 25: Guerrilla Tactics — This talent doubles the initial damage of Wildfire Bomb, and gives it a second charge. Since Wildfire Bomb is Survival Hunter’s most frequently used ability, especially once you acquire your tier bonus, you’ll want to take this talent to make the most of the ability’s damage.

Level 30: Natural Mending — Exhilaration is Survival Hunters only major self-healing ability, and this talent reduces its cooldown by one full second every time you spend focus. Keeping it off cooldown as frequently as possible will only serve to help you in combat, just in case you’re in need of an instant heal.

Level 35: Bloodseeker — Bloodseeker causes your Kill Command ability to apply a bleed effect to its target, while giving you and your pet a stacking attack speed buff for every nearby bleeding enemy. To make the most of this talent, you can swap targets quickly and cast Kill Command on multiple enemies in a pack to quickly raise your attack speed throughout combat.

Level 40: Posthaste — Posthaste is a Hunter’s bailout from movement-disabling spells, as this talent empowers your Disengage ability to make it free you from roots and increase your movement speed.

Level 45: Tip of the Spear — This talent causes your Raptor Strike to deal 25 percent increased damage every time you cast Kill Command, stacking up to three times. Since you’re going to use Kill Command and Raptor Strike in tandem with each other to manage your Focus throughout combat, this talent will passively increase your damage at all times.

Level 50: Wildfire Infusion — This talent, when combined with the tier set bonuses from Mad Bombadier, makes your Wildfire Bombs incredibly strong. If anything, this talent alone is one of the primary reasons why Survival Hunter is relevant in the Patch 9.2 meta. Wildfire Infusion allows you to throw out three different types of Wildfire Bombs, each of which have their own individual effects and empower a corresponding core ability, such as Carve, Kill Command, and Serpent Sting. Wildfire Infusion is a must-have talent for Survival Hunters, as it alters the way the class is played to a point where it becomes competitively viable. Not only will your bombs be hitting like a truck, but your entire rotation will be elevated by proxy thanks to the extra effects of this S-tier talent.

Survival Hunter is best paired with the Night Fae covenant in both single-target and multi-target situations. Night Fae’s signature ability, “Wild Spirits,” provides reliable damage power in raids and Mythic+ dungeons, as the ability causes all of your damage-dealing abilities to strike nearby targets, as well.

While this ability might seem only focused on multi-target AoE situations—and it certainly does see its highest value when used on large groups—there is still value to be had in one-target boss encounters. The Covenant-specific legendary item, Fragments of the Elder Antlers, causes Wild Spirits to strike twice if it connects with fewer than five targets. With this legendary, Night Fae becomes a reliable covenant for consistent damage in all situations.

The return of tier sets is the biggest reason as to why Survival Hunter is back in the competitive meta in Patch 9.2. While the WoW class is strong on its own, it becomes a different beast entirely when you earn pieces of tier gear from the Sepulcher of the First Ones raid.

With two pieces of tier armor, there will be a 40 percent chance your Wildfire Bomb won’t go on cooldown whenever you use it via a Kill Command reset. With four tier pieces, your Wildfire Bombs will deal 30 percent more damage, a bonus that’s increased to 80 percent when throwing bombs that are affected by Mad Bombardier. With tier gear added into your DPS equation, Wildfire Bomb becomes the most valuable ability in your rotation, while Wildfire Infusion becomes the most important talent you can select.

As a Survival Hunter, your stat priority is Haste > Versatility > Critical Strike > Mastery.

Beyond Haste, your other stats will also contribute to your overall damage, but won’t have nearly as much of an effect. Versatility and Critical Strike are equally important as secondary stats, while Mastery is generally considered a low-priority option for Survival Hunters, due to the fact the damage of Wildfire Bomb, your most consistent ability, doesn’t scale with Mastery.