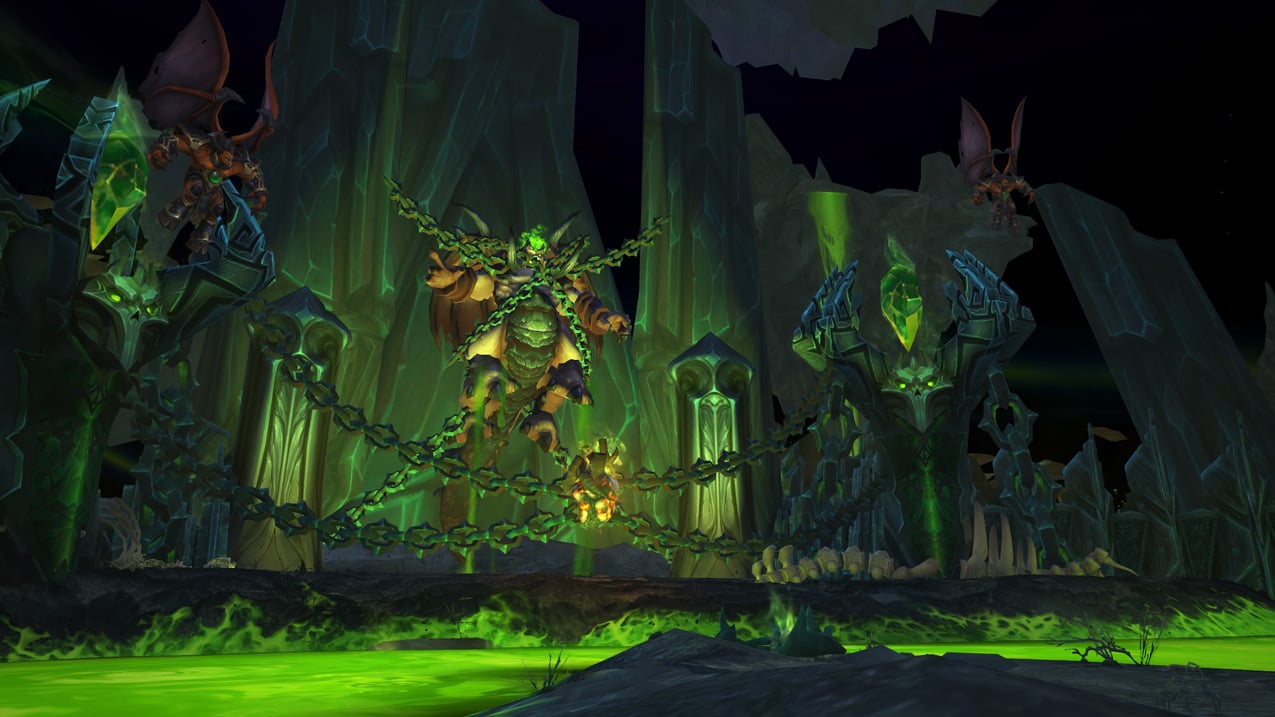 Destruction Warlock is in a peculiar spot in World of Warcraft: Shadowlands. The spec isn’t quite the strongest option for Warlock players since Affliction is still relatively powerful in comparison. But Destruction does blow Demonology out of the water when it comes to sustained damage.

Here are the best talents and builds to get the most out of Destruction Warlocks in Shadowlands.

Level 25: Reverse Entropy – Haste is the most important stat Destruction Warlocks can stack. They need to be taking any chance they get to compile extra haste in combat and a chance for a 15-percent bonus to the stat whenever casting a spell is a must-have for any Destruction player.

Level 30: Burning Rush – Burning Rush is one of the only mobility options that Warlocks have at their disposal. As perhaps the least mobile class in all of WoW, any boost Warlocks can get to their movement options is an ideal choice.

Level 35: Cataclysm – While Inferno is a strong AoE choice, you’re going to want to take Cataclysm at level 35. Cataclysm manages to check both boxes when it comes to AoE and single-target throughput. In fact, Cataclysm is the only talent in this row with a real use in single-target situations. Additionally, its combined use with other abilities, namely Channel Demonfire, provides a strong boost to Destruction’s overall damage.

Level 40: Mortal Coil – Mortal Coil is a straightforward selection since it gives Warlocks a pseudo interrupt in addition to a 20-percent heal. It’s a strong ability to have in all situations, especially when you’re under duress from many trash mobs at once.

Level 45: Roaring Blaze – Roaring Blaze is going to be the best option at your disposal here, considering its strong potency in single-target and AoE situations. While it might not pack the same multi-target punch that Reign of Chaos does, it amps the damage that most of your core abilities will deal for eight seconds. Boosting the effectiveness of Conflagrate, Immolate, and Incinerate is monstrously important in any situation—and for that reason, Roaring Blaze should be your go-to choice at level 45.

Soul Rot is the Night Fae signature ability for Warlocks. A significant damage-over-time spell that can hit up to four different targets is great for AoE and the fact that you can use the spell to regain health through Drain Life is a nice added bonus that can be helpful in certain situations.

Additionally, Soulshape is an appealing ability for Warlock players since it gives them a blink on a 90-second cooldown. A class that’s starved when it comes to mobility can finally rejoice upon joining the Night Fae. Soulshape provides a much-needed boost to Warlock’s ability to bounce around fights like their fellow casters.

Haste is going to be important for Destruction Warlocks throughout the gearing process. Whether your character just hit level 60 or is progressing Mythic Castle Nathria, getting as much Haste as possible should be your top priority.

Haste allows you to get off faster casts of hard-hitting abilities with normally slow cast times such as Cataclysm and Chaos Bolt. When you stack your Haste bonuses with talents such as Flashover and Reverse Entropy, you’re going to be tossing out potent spells at the snap of a finger.

As for your other secondary stats, Critical Strike is a solid option considering you’re going to be throwing out spell after spell and you’d like them to hit as hard as possible. Mastery and Versatility provide flat damage bonuses, but they’re not going to have as strong of an impact as Haste or Critical Strike.