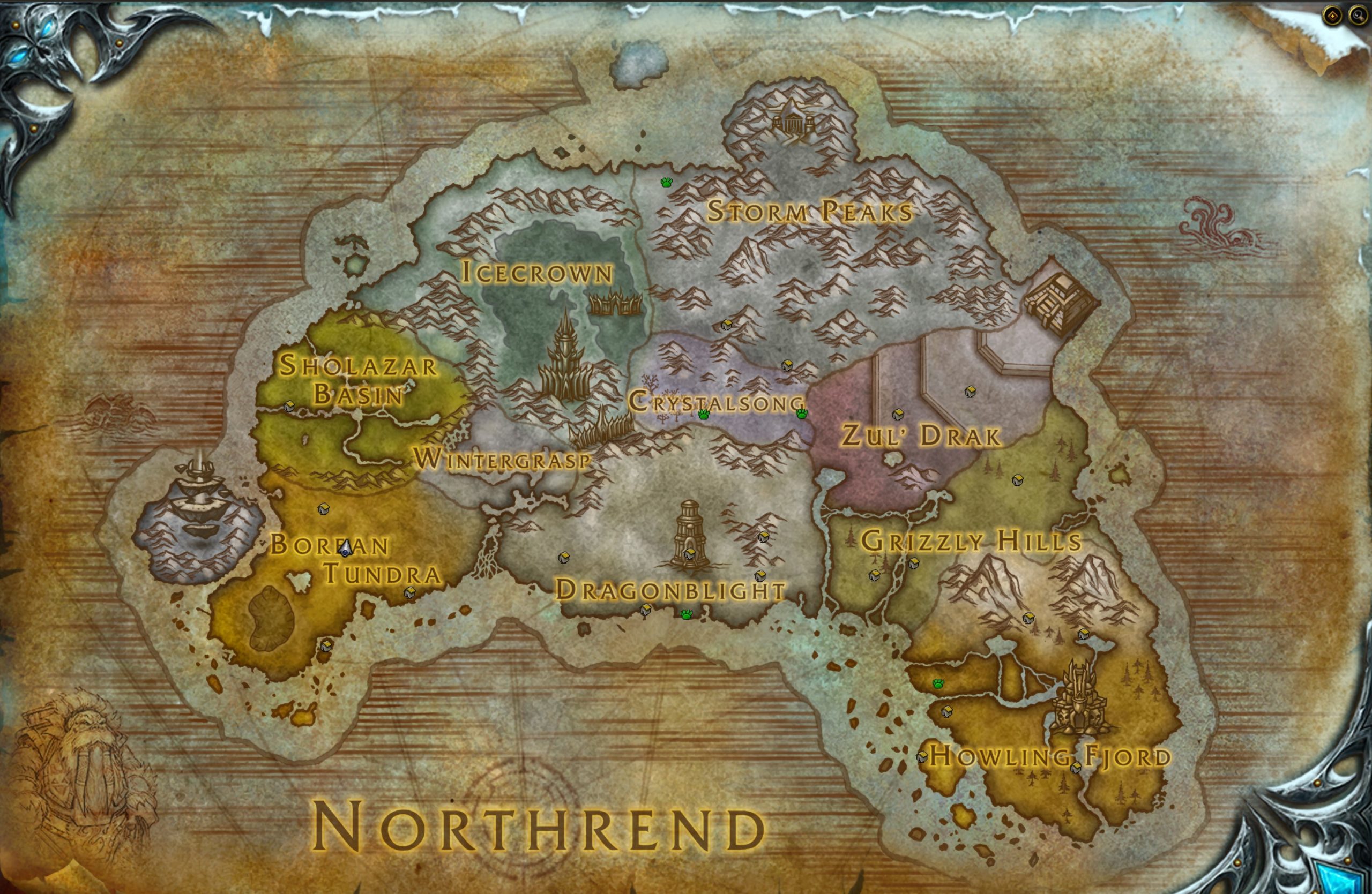 Anyone who’s leveled a World of Warcraft character before has probably gone through Northrend at some point in time. The icy northern continent was first introduced in 2008 alongside the launch of the Wrath of the Lich King expansion. Now, with the WoW: Classic version of Wrath set to launch later this year, Northrend will once again be at the forefront of the WoW leveling process.

When players first travel to Northrend, they’re presented with the choice of traveling to one of the continent’s two starting zones, the Howling Fjord and the Borean Tundra.

While both zones are incredibly different in their aesthetics and stories, the leveling experience earned in each zone is relatively comparable, meaning your character won’t be at a disadvantage if they choose to go to one zone over the other.

Blizzard Entertainment shipped WoW’s first expansion, The Burning Crusade, with just one starting zone, Hellfire Peninsula. As a result of having just one zone to start that expansion’s questing experience, the area was flooded and overpopulated on launch day. Future expansions have presented players with multiple locations to start their leveling experience, with Wrath giving players a choice between the Howling Fjord and Borean Tundra.

Why go to the Howling Fjord?

Howling Fjord is a peninsula on the southeastern side of Northrend. Here, players will encounter several new races, including the Vrykul and the Taunka. Much of the zone’s storyline focuses on the native inhabitants of the area, specifically the Vrykul, and their aggressive reaction to the arrival of the Alliance and Horde.

Howling Fjord is a zone that is largely dominated by mountains, ridged forests, and snowy cliff tops in its northernmost sections. Additionally, its introduction sequence features a slow boat ride up to Daggercap Bay, which plays host to a burning Vrykul ship sandwiched between two mountains, making for one of the most recognizable and historic cinematic sequences in all of WoW. Those first few moments in the zone are worth the journey alone.

Why go to Borean Tundra?

Borean Tundra is located on the southwestern tip of Northrend, and its story revolves around the conflict between the Alliance and the Horde. The two factions have strongholds in the tundra, Valiance Keep and Warsong Hold, that can be found within walking distance of each other.

In this zone, you’ll encounter vast landscapes, including the Scourge-ridden wastes of the south, and the resource-stripped Geyser Fields up north.

Both the Borean Tundra and Howling Fjord have their upsides, and your choice won’t affect your relative experience gains in a major way.

Borean Tundra has received far more criticism than Howling Fjord since the original release of Wrath, mainly because it pales in comparison as a starting zone. Players have dubbed the zone the “boring tundra,” thanks to its lackluster storyline and grind-heavy quest chains. However, there are still quests worth doing and areas worth exploring in the zone.

We expect the majority of the player base to head to the Howling Fjord upon the launch of Wrath Classic, meaning Borean Tundra will likely be underpopulated in comparison. If you’re a speed-leveler, a less-popular zone like Borean Tundra will make for a better choice.

If you want to play the World of Warcraft Classic expansion with a more cinematic and story-driven feel to it, Howling Fjord will likely be more your speed.