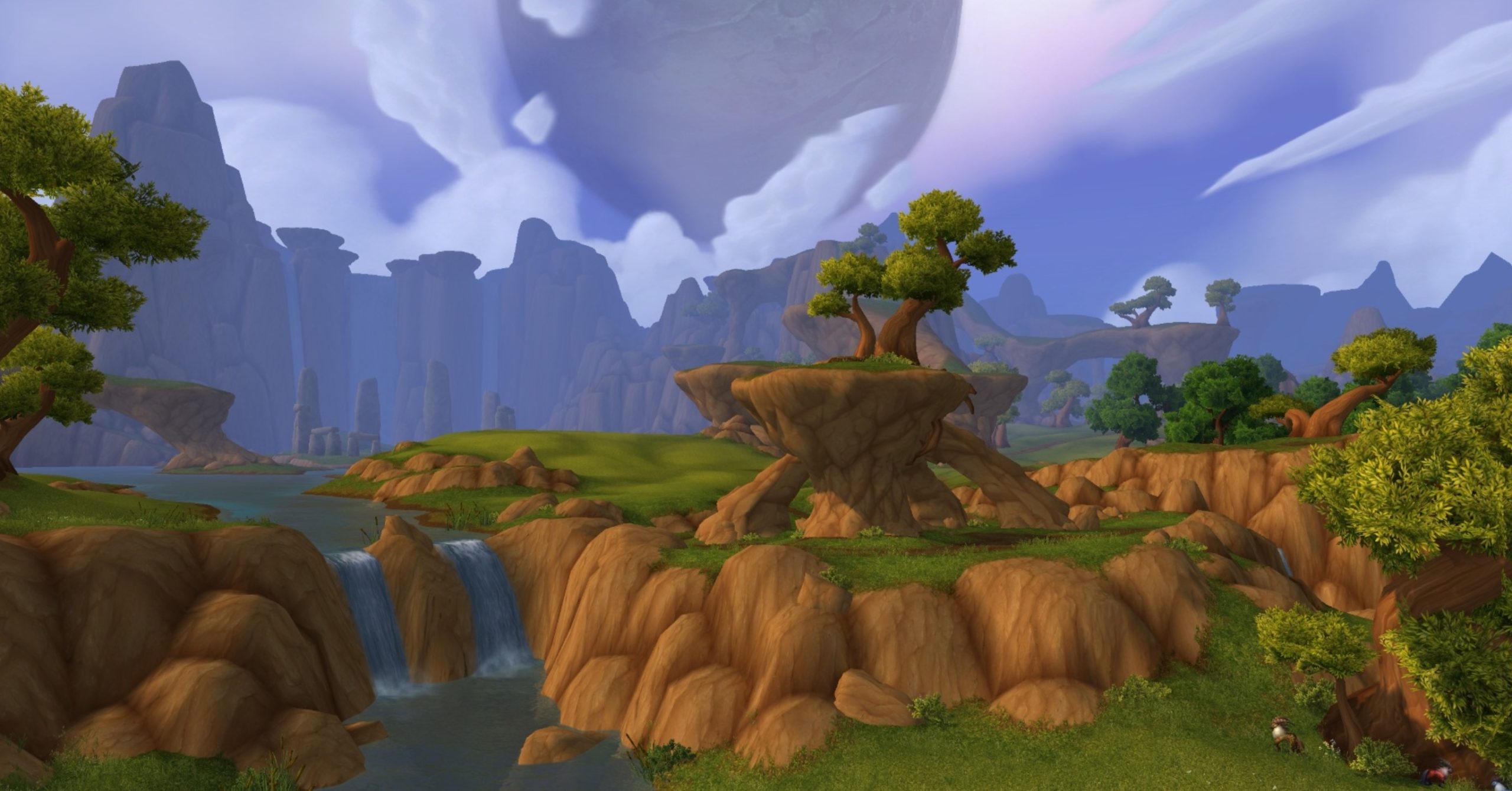 The seven zones found in World of Warcraft: The Burning Crusade Classic are all memorable and recognizable in their own ways. After being part of the World of Warcraft universe for 14 years since their original release in 2007, these zones have made their ways into the hearts of every WoW player, since nearly everyone to play the game has encountered at least one of these zones in some regard.

For the re-release of The Burning Crusade, Blizzard didn’t change a single aspect of the original zones from their original states. Dating back to 2007, each of the zones in TBC Classic are all unique in their own ways. From the scarred wasteland of Hellfire Peninsula to the lush meadows of Nagrand, each zone in TBC Classic leaves an impression in some way.

Here is our ranking of each of WoW: TBC Classic’s seven zones.

Upon first seeing the countless dragon heads impaled upon the spires of the Blade’s Edge Mountains, there’s nothing particularly exciting about the zone all told. The region’s questline during its leveling phase leaves a lot to be desired in terms of its content, and once you return to Blade’s Edge for its endgame experience, there isn’t much to be thrilled about. The zone’s lone raid, Gruul’s Lair, contains just two relatively trivial bosses, and with no dungeons available to play through in the zone, there’s not much a reason to ever come back once you complete its sparse handful of quests.

For an endgame zone, Netherstorm is incredibly barren in regards to content. Apart from the usual standard quests you’ll find in almost every WoW zone, there’s not much intrigue to Netherstorm that makes it worth coming back to. If anything, Netherstorm is saved by the fact that it’s home to the Tempest Keep raid and its surrounding dungeons. All of the instanced content that can be found in the zone is top-tier, but it’s not enough to push the overall experience of Netherstorm over the top.

The Terokkar Forest experience is constantly dividing players of both the Alliance and the Horde by sending them on different quests relevant to their respective factions throughout the course of the zone’s questline. What’s most unique about that concept, though, is that Terokkar is also home to Shattrath, the first neutral city ever introduced to WoW. So, as you’re making your way through your faction’s individually-tailored experience in Terokkar, you’re going to constantly check in for pit stops at Shattrath as you brush past your counterparts from the opposite faction. Unfortunately for players, the zone’s questing experience itself isn’t strong enough to warrant a higher placement on our list.

Hellfire Peninsula is the first zone every player will experience upon first arriving in Outland. Luckily, the zone provides a relatively strong experience. The quests are memorable, the dungeons (which are all located in the intimidating and ever-present fortress of Hellfire Citadel) all leave strong impressions, and the leveling experience is one of the best across the expansion. Oftentimes, the amount of content available to play through in Hellfire Peninsula will leave players who come back to the zone on a second character hanging around for more time than originally planned.

Shadowmoon Valley is home to some of the most intricate and famous quest lines in the entirety of TBC Classic. The legendary “Cipher of Damnation” quest chain alone is enough to move the zone up our list, but it’s the countless other memorable moments that take place in Shadowmoon that bring it up our rankings. At the very pinnacle of the zone—both physically and metaphorically speaking—is the Black Temple, perhaps the most iconic raid across the entire expansion. All of the content you’ll find in Shadowmoon Valley is a cut of the rest of TBC Classic’s lineup.

If Hellfire Peninsula is enough of a zone to leave a lasting first impression on players first arriving in Outland, then Zangarmarsh should be enough to keep them coming back for more. Zangarmarsh’s environments are stunning, and to this day, remain unlike anything the WoW art team has ever produced. Plus, the quests offered in the zone are too iconic to pass up whenever playing through it a second or third time. From the conflict with the region’s different tribes of Naga, to the relations made with the people of Sporeggar, there are simply too many memorable chunks of Zangarmarsh’s quest line for it to not be considered one of TBC Classic’s best.

The crown jewel of Outland, Nagrand is everything a WoW zone should aspire to be. With a genuinely stunning landscape to take in each time you venture to the zone, Nagrand stands out as one of the prettiest regions ever created for the game. Plus, the content available in the zone is second-to-none. Quests surrounding the Throne of the Elements and Laughing Skull Ruins are always to be timeless classics, mainly because of how much of an emphasis they put on teamwork and grouping up. Beyond those, Hemet Nesingwary’s “Big Game Hunter” quest chain is one of the most legendary quests from early WoW, largely because of the fact that players had to kill nearly 100 different creatures across the zone to complete the quest.

Plus, major faction hubs like Telaar and Garadar gave the zone a homey, down-to-earth feel, while areas like Oshu’Gun and Forge Camp: Fear help to remind you of the threats you’re really up against during your adventure. The themes and storylines presented in the zone’s original quest chain were touched upon again when the zone was remastered during the Warlords of Draenor expansion in 2014, but there’s just something about the original version of Nagrand that makes it one of the best zones ever made in WoW.