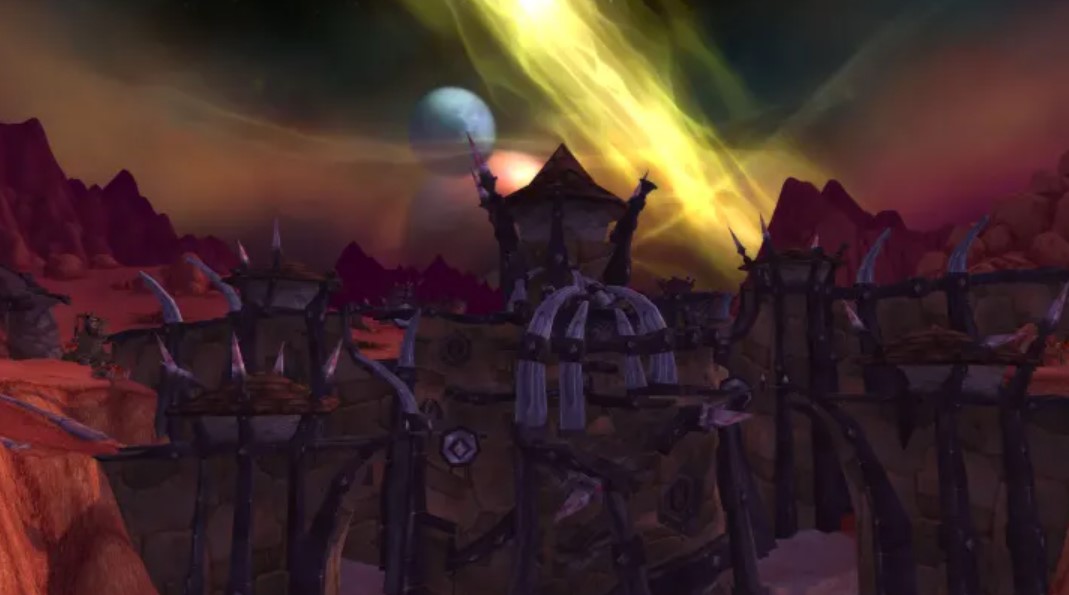 World of Warcraft: The Burning Crusade Classic introduced 16 new dungeons to the game. Some dungeons will be experienced during the game’s leveling process, while others won’t be able to be completed until well into the endgame. Still, each dungeon is worth running through at least once to get the full TBC experience.

With so many dungeons to survey, there are definitely some that stood the test of time since the original release of TBC 15 years ago. Others, though, have completely fallen off a cliff and are still just as painstakingly brutal to play through in the re-release as they were back then.

Here are all of the 16 dungeons in WoW: The Burning Crusade Classic ranked.

The Black Morass is an absolutely brutal slog of a dungeon, and it’s entirely deserving of the lowest spot on our list. From start to finish, the process of traveling across the enclosed, gray, overcast space and defeating enemies as they spawn from various portals couldn’t be less interesting. The Black Morass subverts the usual expectations of a “dungeon crawl,” but in the worst possible ways.

Shadow Labyrinth is one of those dungeons that’s best used as a stepping stone on the road to level 70. It’s rich in enemies, which means it’s rich in experience. But beyond that, there aren’t many praises to sing about this dungeon. Max-level players looking to attune to Karazhan will have to come back here eventually, but apart from the occasional pit stop, Shadow Labyrinth is pretty forgettable.

Mana Tombs is a rough experience since it really just goes down as one of the blandest dungeons ever created. Somewhere in Burning Crusade, the WoW dungeon team forgot what made Classic WoW’s dungeons so memorable. As a result, instances like Mana Tombs—where countless forgettable mobs who all blended with each other lined the walls of a themeless, dreary dungeon—were created.

Although the idea of an underwater pumping station run by the Naga sounds wicked and dastardly on paper, the Steamvault doesn’t have too much going for it in terms of thematic elements. The final boss, Warlord Kalithresh, makes for a solid figurehead of a race that’s historically been painted with one broad brush, but other than his encounter at the back end of the instance, the Steamvault leaves a lot to be desired.

Old Hillsbrad Foothills is one of the weaker dungeons in TBC Classic, despite the fact that it’s incredibly story-driven and reveals a ton of WoW lore. Although the dungeon has a ton of compelling moments to offer up, there’s not much there in terms of memorability gameplay-wise. All told, the events which take place in the Old Hillsbrad Foothills dungeon could have easily been covered in a cinematic as opposed to a full-blown playable walkthrough.

The Blood Furnace is most likely going to be the second dungeon players encounter on their journey through Outland, and it leaves you not wanting to experience a third. The dungeon is densely packed with enemies, and if your party isn’t careful, you could be running back to the dungeon to retrieve your corpse several times throughout the instance.

The Shattered Halls serves as a solid high-level dungeon, but if there’s any flaw in its design, it’s the fact that the dungeon is loaded with far too many enemies for its own good. At certain points, the trash mobs feel like a tougher challenge than the boss fights, making for an extremely rough experience with a lot of runs back to the instance’s entrance.

The Slave Pens is a meandering, winding experience grind that doesn’t bring a whole lot to the table in terms of memorable moments. For a relatively early dungeon, many of the boss fights, especially Rokmar the Crackler, could be difficult for players who might not be geared or a high-enough level.

Now we’re starting to break into the upper half.

Sethekk Halls has plenty of memorable moments to go around. The final boss, Talon King Ikiss, gives players a taste of modern WoW mechanics, and overall, the instance served as a solid testing ground for Blizzard in regards to what the developers could and couldn’t get away with when designing five-player boss fights. Sethekk Halls easily goes down as one of the most repeatable instances in the game, largely thanks to the fact that it gives a ton of Lower City reputation, and doubled as the stomping ground for one of the game’s most iconic mounts on Heroic mode, the Raven Lord.

The Mechanar goes down as the weakest of the Tempest Keep dungeons, but it still serves as a solid instance for players to burn through near the later stages of the game. Without many definitive features, the Mechanar can easily be blended into the mix of other Tempest Keep instances with a similar color scheme and thematic elements. If anything saves the dungeon and brings it into the upper half of our list though, it’s its boss fights. Specifically, the boss fight with Pathaleon the Calculator, which is also a satisfying finale to a quest line players might have started at Firewing Point in Terokkar Forest.

Hellfire Ramparts is most likely going to be the first dungeon that players encounter on their journey through Outland. The first instanced experience you have in The Burning Crusade is memorable. Hellfire Ramparts serves as a well-designed, mostly linear primer that introduces players to what they’ll be up against in the new expansion.

The Underbog stands out because of its ability to combine the aesthetics of Zangarmarsh and Coilfang Reservoir in a way that no other comparable dungeon can. The Underbog’s iconic boss fights and countless differently designed areas all make for a memorable experience from start to finish. The final stretch of the dungeon, in which players fight swarms of Marsh Rays and Bog Giants all the way to the final boss, the Black Stalker, is one of the best finales in any TBC instance.

The Arcatraz is an experience that’s most definitely worth completing since the idea of running rampant through a prison that houses demons is an intriguing concept all on its own. But once the iconic Milhouse Manastorm gets thrown into the mix towards the end of the dungeon to assist the players, the Arcatraz turns into one unforgettable ride.

There are very few experiences in WoW as epic as entering the final chamber of Auchenai Crypts and seeing the dungeon’s final boss, Exarch Maladaar, planted atop a platform overlooking a practical army of skeletons. Not to mention, the rest of the instance is pretty top-tier, as well. Auchenai Crypts has just the right amount of enemies posted within, while its brief nature makes it a perfect instance for players in a pinch. While some dungeons in TBC Classic can feel like total slogs, Auchenai Crypts nails everything from length, general aesthetic, and overall satisfaction.

The Botanica feels almost like a “grand finale” of sorts to the TBC Classic questing experience; thematic elements from all over the world are thrown into this one instance. From the sporecaps of Zangarmarsh, the demonic eggs of Hellfire Peninsula, and the bright, autumn trees of the Eversong Woods, almost every box from the new expansion is checked inside this dungeon. Plus, the boss fights (especially the surprisingly difficult High Botanist Freywinn encounter) all give off a sense of difficulty and challenge that make players come back to the Botanica for more action.

The best dungeon in TBC Classic is going to be the last dungeon to be released, Magisters’ Terrace. Players won’t be able to enter the Terrace until Phase Five when the Isle of Quel’Danas is opened to the player base, but the instance is entirely worth the wait. Back when The Burning Crusade was originally released, the concept of a “megadungeon” wasn’t even remotely existent, but Magisters’ Terrace turned the idea of what a dungeon could and couldn’t be completely on its head. The final battle with Kael’Thas Sunstrider is one of early WoW’s most epic five-player battles, and on Heroic difficulty, Magisters’ Terrace is a must-experience dungeon that rivals some of the hardest, most limit-pushing content WoW has ever seen.