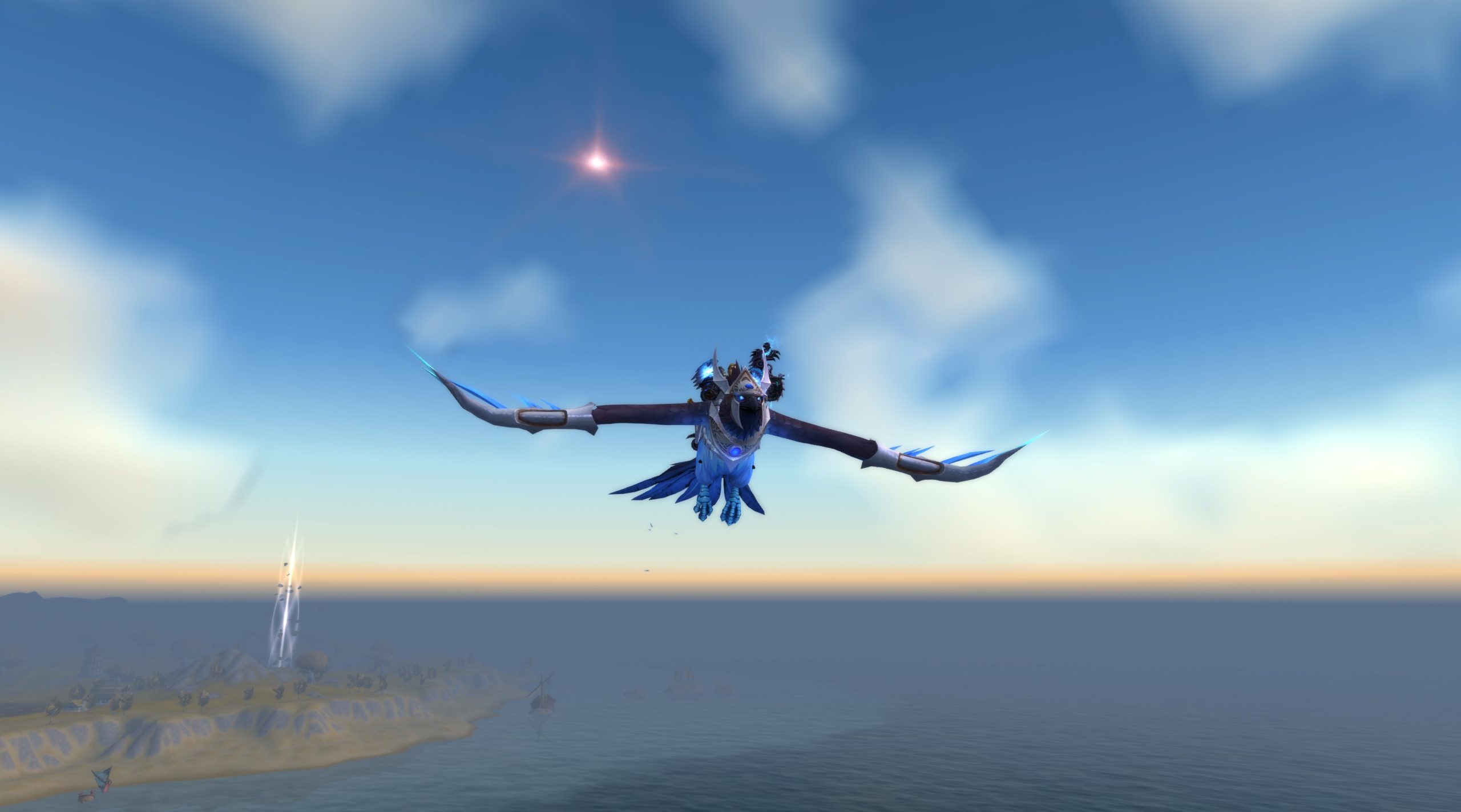 Blizzard Entertainment has released a new in-game mount for World of Warcraft: Shadowlands, the Sapphire Skyblazer.

The mount and subscription plan combination package strategically comes just two days after a new patch for World of Warcraft was released on live servers. Players looking to return to the game could very easily be enticed to do so by purchasing a discounted subscription plan that comes along with an added in-game mount.

This strategy is nothing new for Blizzard either. Throughout the entirety of the last WoW expansion, Battle for Azeroth, Blizzard released mounts alongside subscription packages whenever a new content patch was released. For Patch 8.1, Blizzard released the Vulpine Familiar, and for Patch 8.2, the Sylverian Dreamer was made available in the in-game store.

Now, with Patch 9.1 hitting live servers, Blizzard’s latest mount for World of Warcraft, the Sapphire Skyblazer, is available for purchase.