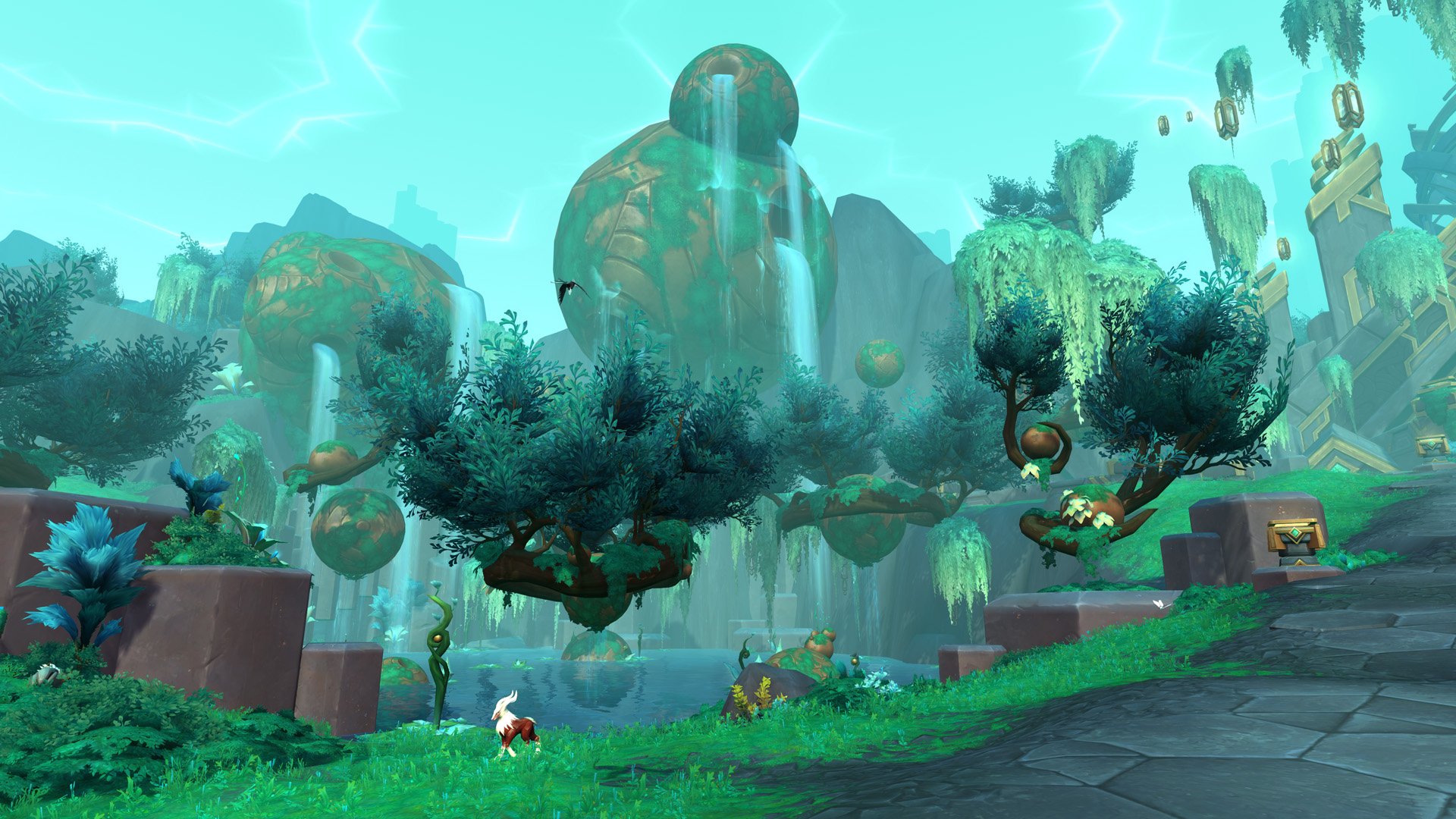 At long last, the Creation Catalyst is live in World of Warcraft: Shadowlands. The ground-breaking feature allows players to transform any applicable item into a much more powerful piece of tier-set gear.

The Creation Catalyst allows players to transform gear from Shadowlands Season Three into tier gear, with the applicable sources of gear being from raids, Mythic+ dungeons, PvP, or overworld gear acquired in Zereth Mortis.

The two-piece and four-piece set bonuses that many players desire from tier gear are only able to be acquired through items worn in the head, shoulder, chest, hands, or legs slots. Bracers, cloaks, belts, and boots may also be transformed into “tier” gear, although they will only grant a matching appearance and new set of stats, as opposed to a tier-set bonus.

How to unlock and use the Creation Catalyst in Zereth Mortis

There is no hard requirement regarding reputation with the Enlightened faction in order to use the Creation Catalyst. All you’ll have to do to unlock the Catalyst is progress through Patch 9.2’s campaign in Zereth Mortis.

After catching up with the Zereth Mortis campaign, you’ll receive a quest in the quest hub of Haven from Viol, the Enlightened Quartermaster. Viol will send you to the Creation Catalyst, where your task will be to use it. In order to reach the Catalyst, you’ll either need to have flying unlocked in Zereth Mortis, or use the portal directly underneath it found in the Catalyst Gardens.

Once you’ve reached the Creation Catalyst, using it is incredibly simple. All you have to do is input a piece of Shadowlands Season Three gear, and the Catalyst will spit out a piece of tier gear from the Sepulcher of the First Ones raid.

Keep in mind that the item level of the original item will be maintained, although its secondary stats will be removed in favor of the tier piece’s inlaid secondary stats. Only tertiary stats such as Leech and Avoidance will carry over to your transformed piece of tier gear.

Transforming a piece of non-tier gear into a tier item costs Cosmic Flux, a currency you’ll find by way of completing activities in Zereth Mortis. Depending on the piece of gear you’re transforming, more Cosmic Flux will be required.

For example, bracers and cloaks, which don’t provide tier-set bonuses or many stats to begin with, cost only 600 Cosmic Flux to transform, while chest pieces, helmets, and pants all cost 1500 Cosmic Flux to turn into tier gear. After transforming a piece of gear, the Creation Catalyst will go on cooldown for one week.