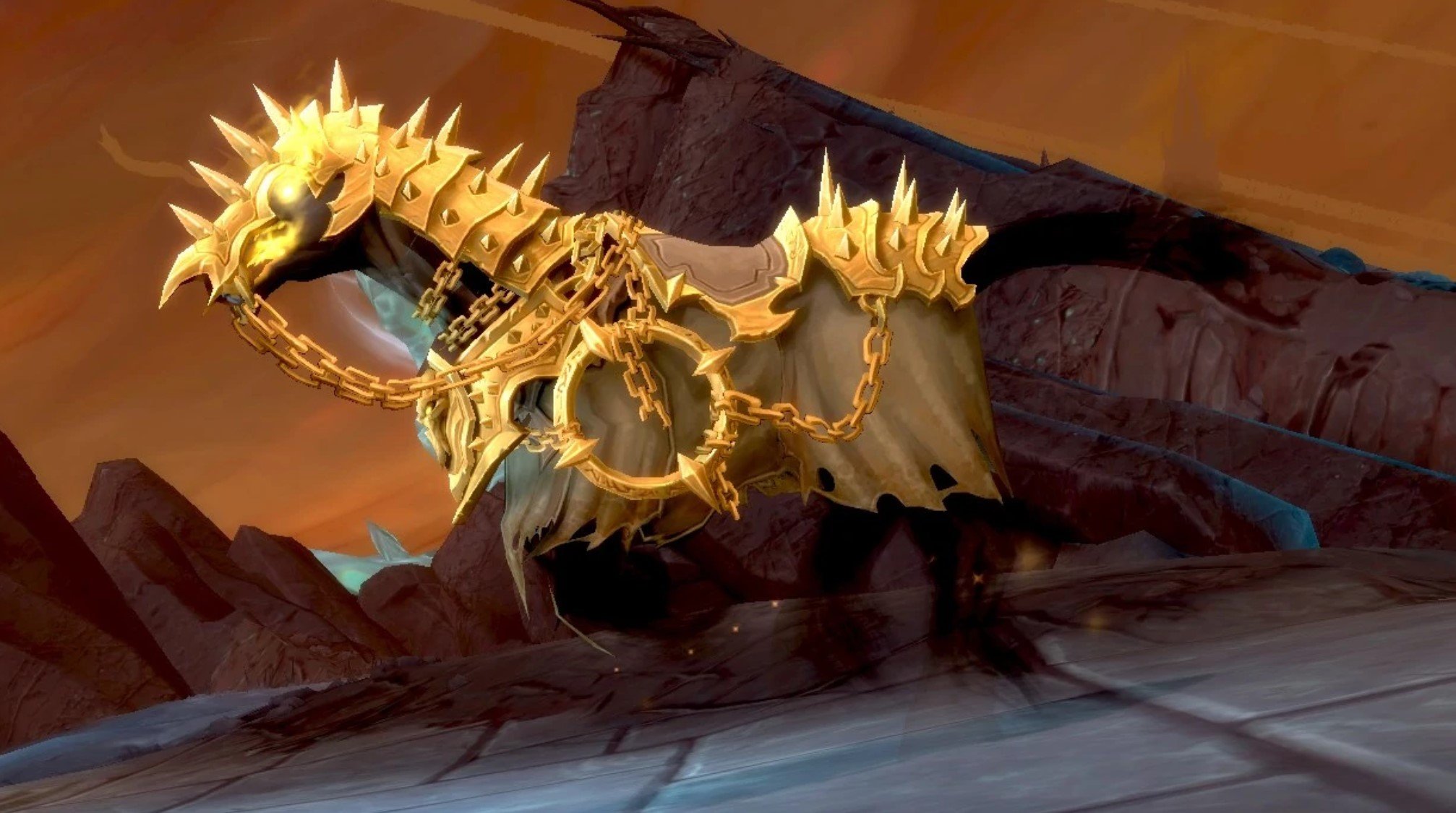 The Fallen Charger is a rare spawn added to World of Warcraft: Shadowlands in Patch 9.1. The Charger travels around The Maw and has a chance to drop one of the most coveted pieces of loot in the game’s new patch. Players who are able to track down and kill the undead horse have a chance to receive the Fallen Charger’s Reins, an item that lets you summon the Charger for yourself as a mount.

While taking down the Fallen Charger in combat is definitely a difficult task, what’s even more difficult is actually tracking the mount, considering it sprints throughout The Maw, doing everything in its power to evade engaging players. Plus, the spawn rate and location of the Fallen Charger totally varies each time it pops up on the map. You could be waiting hours for your next chance at the mount if the cards don’t fall your way after your first kill.

Above all else, the actual mount that the Fallen Charger drops doesn’t have a guaranteed drop rate, making the process one of the most unforgiving, luck-based grinds in the game. Still, with a little bit of logistics, the grind is doable.

Here’s how to track down and secure the Fallen Charger’s Reins for yourself in World of Warcraft: Shadowlands.

The Fallen Charger spawns, on average, about once every four to eight hours. That timeframe can definitely fluctuate since the spawn rate is completely random. But the point stands that there’s always going to be a considerable amount of downtime between the rare enemy’s spawn times. The Fallen Charger doesn’t have a set spawn location, making the mount difficult to track down. Instead, the Fallen Charger’s spawn location varies depending on which Covenant Assault is active.

Tracking down the mount

Once the Fallen Charger spawns, it will run around The Maw on a set path until it’s taken down by players. You won’t be able to outrun the Fallen Charger on a mount of your own, so make sure that while you’re tracking down the mount, intersect it on an angle instead of approaching it from behind.

If the Fallen Charger makes it from its spawn location to Korthia, it will disappear and players will have to wait several hours for the enemy to spawn again.

Once you catch up with the Fallen Charger, be prepared for a somewhat difficult fight. With a high health pool and relatively hard-hitting attacks, the Fallen Charger can easily take down a careless player in a one-vs-one battle. But there’s a good chance that plenty of other players will join in on the encounter alongside you once the Fallen Charger is engaged since everyone will want a chance at the mount. With a party of players attacking the horse, you’ll have a decent shot at taking it down. Make sure to interrupt abilities like Swiftness and to keep the Charger’s Fallen Riders spell from affecting you by taking down any extra enemies that it spawns during the fight.