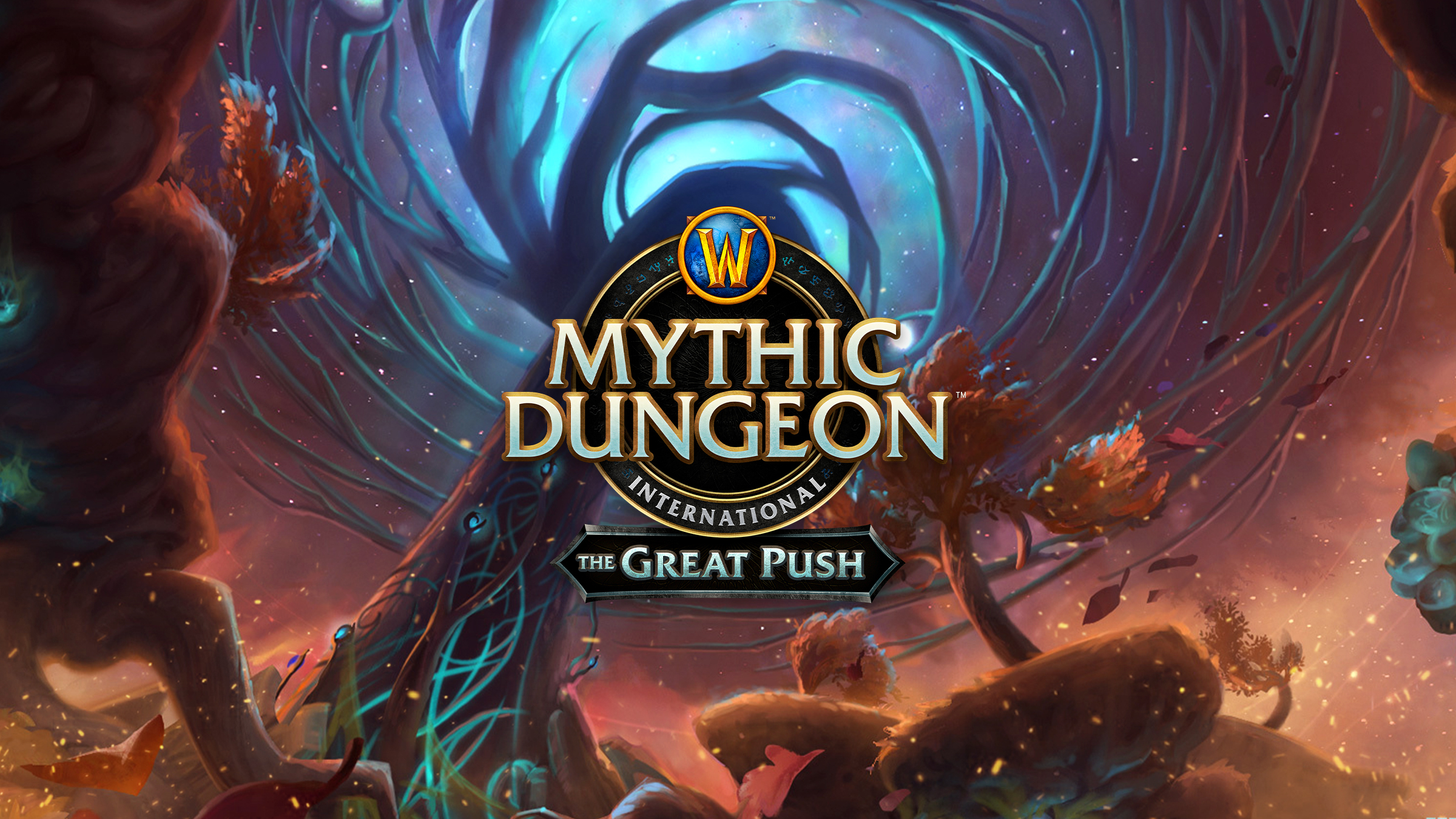 Blizzard Entertainment hosted its first one-off tournament for World of Warcraft, The Great Push (TGP), last month. Over 10,000 players on more than 2,100 teams participated in this event, which featured a prize pool of $20,000. While the competition was fierce, only six teams advanced to the final stage, where they had 15 hours over the three-day weekend to push dungeon keys as high as they could.

Echo won it all in the final minute of the event by using an infinite misdirection bug. They faced backlash from members of the game’s community, who criticized them for using exploits in the Plaguefall dungeon. Blizzard’s associate product manager Adrian “Healingstat” Archer-Lock spoke with Dot Esports about the event, Echo’s win, and reflected on the challenges for the next competitive events coming later this year.

First of all, congratulations on the first one-off event. What were the challenges and hurdles you encountered in creating it?

Healingstat: Creating this event was a lot of fun and we had a lot of discussions last year on how to create something different for the community. For the Arena World Championship (AWC) and Mythic Dungeon International (MDI) we have a lot of experience and we apply the feedback from the community to improve the next events.

For the TGP we had to build something from the ground up, an event focused on pushing keys as high as possible without any previous feedback. Having all teams running simultaneously on broadcast proved to be a huge challenge for the team and instead of saying that “Okay, we can’t do this,” we started looking for solutions on how to implement our ideas.

There have been a lot of positive reactions within the WoW community. What is Blizzard’s opinion on the event? What are the main takeaways from the first one-off event?

I think it’s fair to say that we were satisfied with how the event went and we’re already committed to do one more one-off event later this year. I really want to explore this for future years as well. First of all, we want to continue experimenting with other things. One-offs are for dungeons only right now, but we’re exploring multiple types of events to happen in the future. We were very happy with the viewership and the event ticked most boxes we wanted to tick. We liked doing this since while we had a lot of ideas for the MDI, we couldn’t apply them to avoid ruining the integrity. This type of event allows us to experiment and see our ideas in practice.

The event ran for 10 days from May 21 to 30. Was that enough time for teams to be able to compete or is this something that you’re looking to extend for the next one-off event?

We really wanted to be conscious about how much time players are spending preparing for the tournament. For the main program of MDI, there’s a lot of reward compared to the time spent. For this tournament, we actually condensed our qualification period to shorten it and squeeze it into two weekends. We adjusted our time zones to make sure that all regions could compete.

We also introduced a new “rest period” to stop players from being able to run after the five-hour period was over during their play day.

In other competitive games such as League of Legends, players usually go back to grinding solo queue after playing during their tournament day. Doesn’t this rest period hinder player performance during the event?

When we do our main MDI product, we noticed that players go straight to practice to prepare for the next round. However, for this one-off event we wanted to avoid making this a focus, so we introduced the “rest mode.” On top of that, we revealed the affixes at the start of the broadcast so that players work out their strategy in real time. That’s another layer of skill and strategy shown from players.

How was the viewership compared to a regular season of AWC or MDI? Is Blizzard satisfied with the number of viewers who tuned in for this event?

I think it’s safe to say that the viewership was good for this event. We had streams on both Twitch and YouTube and allowed players to stream their perspectives as well. We were happy to see multiple streams gathering a lot of viewers discussing strategies and their own approach on how to tackle a dungeon. I would definitely say that with the overall viewership we were happy.

In League of Legends, some players have the ability to co-stream the main event, allowing for their viewers to tune in and see their favorite content creator cast the games. Is this something Blizzard is looking into, allowing players to co-stream the events in the near future?

It is something we talk about on a regular basis. We want to work with the community on how to build excitement and have mutually beneficial relations. We do this for our language streams where we allowed players to co-stream in different languages on YouTube. When we are doing the main product, we want to make sure that all the perspectives are on the YouTube platform due to the exclusivity deal with them.

The prize pool for the one-off event was $20,000, distributed among the top six teams in different percentages. Is Blizzard satisfied with the amount awarded to the teams participating or is this something that will be increased in the future?

With the one-off events, the plan—at least for this year—is to have less pressure on the competitive integrity of the tournament and experiment with new ideas on how to improve future ideas. We want to position them further away from competitive esports and more like a community event, where we can have fun and tackle new ideas.

Other games such as Dota 2 have crowdfunding for their events, where every single player can join in and contribute to the overall prize pool. Is this idea something Blizzard is open to for the next events?

For MDI and AWC, we have big prize pools around $1,000,000 dollars for this year. We have done crowdfunding before for BlizzCon 2019. For this year, we’re happy with the numbers we’ve got. While this isn’t necessarily a priority for now, we’re constantly in discussion regarding it.

Players within the community have complained over the offseason that the reward compared to the needed time to compete in the MDI or AWC wasn’t something with which they could survive compared to other esports. Does Blizzard have any plans to tackle this?

While raising the prize pool through crowdfunding is not the top priority, it actually speaks to something we’re excited for season two of the MDI. We observed the feedback and while we didn’t hit the mark in the season one of the MDI, we are excited to say that we’ll have a much more compact season. We’ll be condensing it into shorter timeframes and the cup format will be adjusted as well.

Echo’s win of TGP was a controversial topic over the past couple of days. They were tied with points with other teams but managed to overcome them at the last minute by using an infinite misdirection bug. The bug was deemed as an exploit by some members of the community, yet Blizzard has given no statement. Is Blizzard satisfied with Echo’s tactic? Was it agreed upon beforehand?

Any competition faces different issues regarding competitive rulings. For us, our philosophy is to not rush into a decision and analyze what’s happened and then be confident in our ruling. This is going back to the experimental format of TGP, one of the things we have as a luxury in the main MDI product is that if there’s something we don’t like, we can tell a team to replay the game and it doesn’t have a big impact on the tournament.

During TGP with continuous gameplay we had this issue where if we discover something that happened later in the day, it’s more of a gray area. The format is experimental and it’s a good opportunity to test the boundaries of what’s going on and be more lenient than the MDI. To understand the benefits and risks of this format, we need to let them fly and see what comes back to take learnings from that. We want to make sure that this doesn’t affect the MDI or the AWC in any way.

Echo’s Gingi and Naowh confirmed that they didn’t ask Blizzard if the infinite MD was allowed in a recent broadcast. Were you informed of their tactics beforehand?

When Echo talked to our admins, they did tell us about their tactic about the mobsnaping with the Plagueborers, but what they didn’t tell us is the Misdirect component of the strategy. It’s a gray area which we were not super happy with. But for the future, we’ll add more rules to clear this. We’ll create a rule where a tactic which would be deemed controversial needs to have a VoD provided beforehand on how it works. With it, it’ll be easier to have players following the rules since admins will have something to fall back onto when making a decision.

With the next one-off event coming up later this year, in which quarter should we expect it to happen?

While I can’t say the quarter with full confidence, the cadence we’re looking to do this, at least for this year, is to make it during the “offseason” after the AWC and MDI season two tournaments. It’s safe to say that it will happen in the last quarter of the year. It will be something different and we might iterate on TGP format or go in a different format, such as the last man standing.