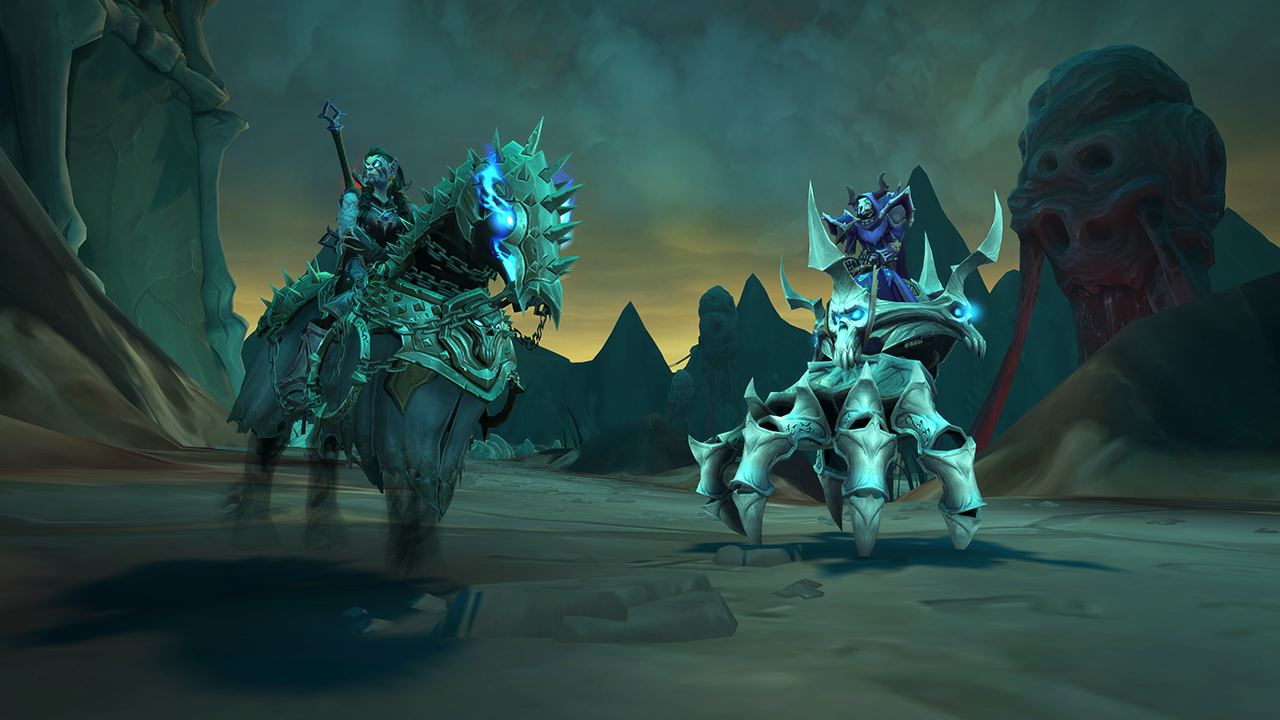 With World of Warcraft’s Public Test Realm being updated to Patch 9.1 yesterday, players have discovered 47 new mounts coming to the game alongside the release of the new patch.

Plenty of Maw-themed mounts are being added to the game, most likely due to the fact that much of Patch 9.1’s content will take place in the heart of the Maw. Thirteen new mounts will be available to farm from Patch 9.1’s new open-world zone, Korthia.

Several miscellaneous mounts are being added to the game in Patch 9.1, as well. A mount called the “Caravan Hyena” is being added for players who have recruited the Vulpera as an allied race, while several new PvP mounts, including the Vicious War Gorm, will be available to players.

Additionally, each covenant will receive a flying mount in Patch 9.1, considering the ability to fly will be added with the patch. The Venthyr will receive flying gargoyles, while the Night Fae will have access to “Wilderlings,” flying creatures with the heads of foxes and bodies of dragons. As for the Necrolords, they’ll have the opportunity to fly on insect mounts known as “Corpseflies.” They share a similar model to the Wicked Swarmer mount released in Battle for Azeroth’s Patch 8.3. Finally, Kyrian players will be able to fly upon robotic gryphon-like creatures known as Aquilon.

A new Mythic raid mount is also being added to the game. Players will have the chance to farm Lady Sylvanas Windrunner in the Sanctum of Domination for a chance at her personal dragonhawk, Vengeance.

Patch 9.1, Chains of Domination, is currently on the Public Test Realm and should reach live servers at some point this summer.