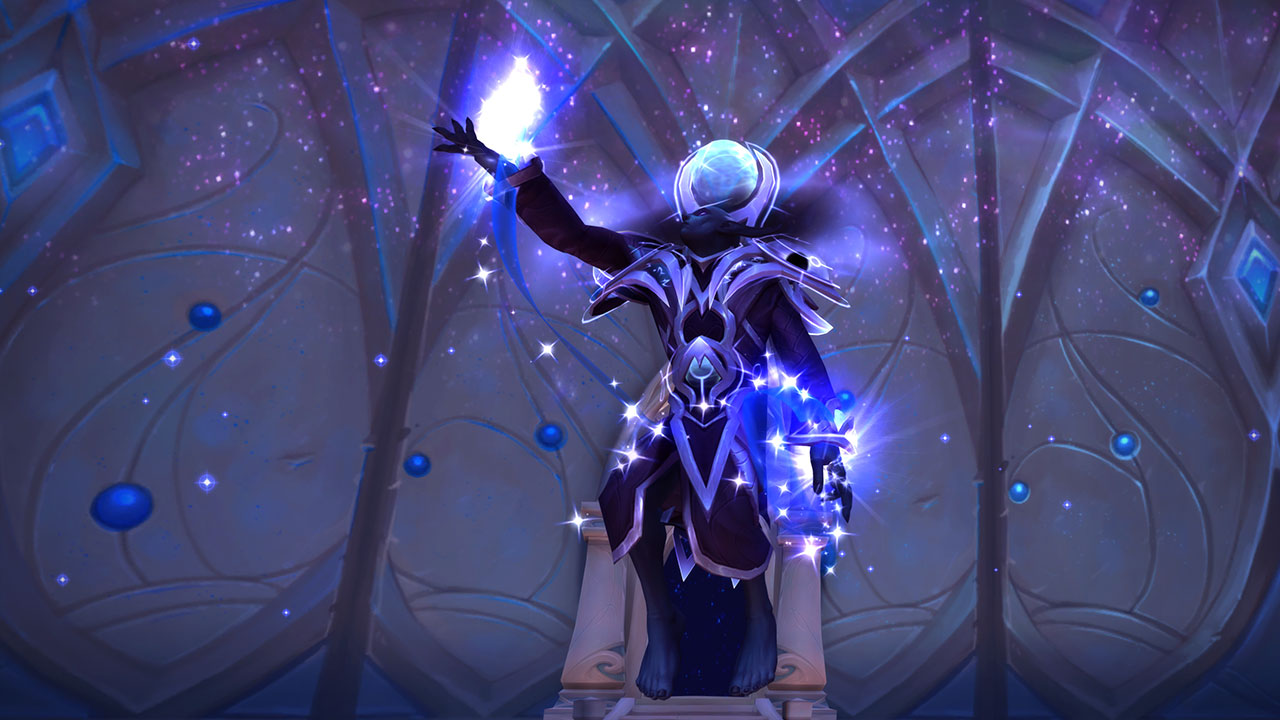 Timewalking events in World of Warcraft give players a chance to dive into scaled-up versions from some of the game’s previous expansions and experience their dungeons and raids as if they were current content. For completing those dungeons and raids, players can gain Timewarped Badges, a currency used to buy rewards from vendors who sell specific items related to their corresponding Timewalking expansion.

Among the most coveted Timewalking rewards are expansion-specific mounts. These mounts will only be available to purchase when their respective Timewalking events are active. Timewalking events rotate on an 18-week schedule, meaning you’ll have to wait a few months if you miss the opportunity to buy the mount you’ve had your eyes on and the appropriate event passes you by.

Dragonhawks were new and flashy when The Burning Crusade was released in 2007, and they still have a classic look to them even today. The Eclipse Dragonhawk, which is available for purchase in Shattrath City, is a unique coloration of the old-school Dragonhawk model, which looks exactly the same as it did upon TBC’s initial release.

It’s not quite Invincible, but this spectral horse mount evokes the spirit of Wrath of the Lich King. Its bright blue skeleton is covered by an iron curtain of armor and chain, while its entire body emits a ghostly glow while it flies. The mount can only be purchased in the Crystalsong Forest version of Dalaran, which can be accessed via portals in either Orgrimmar or Stormwind City, depending on your faction.

The Beastlord’s Irontusk should remind players of the original Armored Irontusk mount from the Warlords of Draenor expansion that it’s based off, but without the iron armor that runs across its back and sides. According to the mount’s lore, the mount belongs to Beastlord Darmac, one of the bosses found in the Blackrock Foundry raid.

Like most other wolf mounts from the Warlords of Draenor era, this mount is fitted with iron armor molded around its brown fur. Three pillars of flame consistently erupt from the wolf’s armor-plated back. The warwolf also belongs to Beastlord Darmac from Blackrock Foundry.

During the original release of Mists of Pandaria, Heavenly Cloud Serpents were available in nearly every color. The only option that wasn’t regularly available to collect was the Heavenly Jade Cloud Serpent. The mount’s model had been in the game, though, serving as the basis for Yu’lon, the Jade Serpent’s character model. Now, the model is available as a mount for 5,000 Timewarped Badges. It can be purchased from Mistweaver Xia on the Timeless Isle.

The Val’sharah Hippogryph is the iconic mount of the Dreamweavers and is one of the most intricate armored Hippogryph mounts in the game. Hippogryphs were popular mounts during the Legion expansion and this mount in particular perfectly captures the classic mounts that so many players rode during Legion.

It’s not possible to buy this mount with Timewarped Badges like the other Timewalking mounts. Instead, you’ll have to consistently grind out Timewalking dungeons. The Infinite Timereaver only drops off of bosses during Timewalking events. Although the drop rate for the mount is low, it has a chance to drop off any active Timewalking boss.