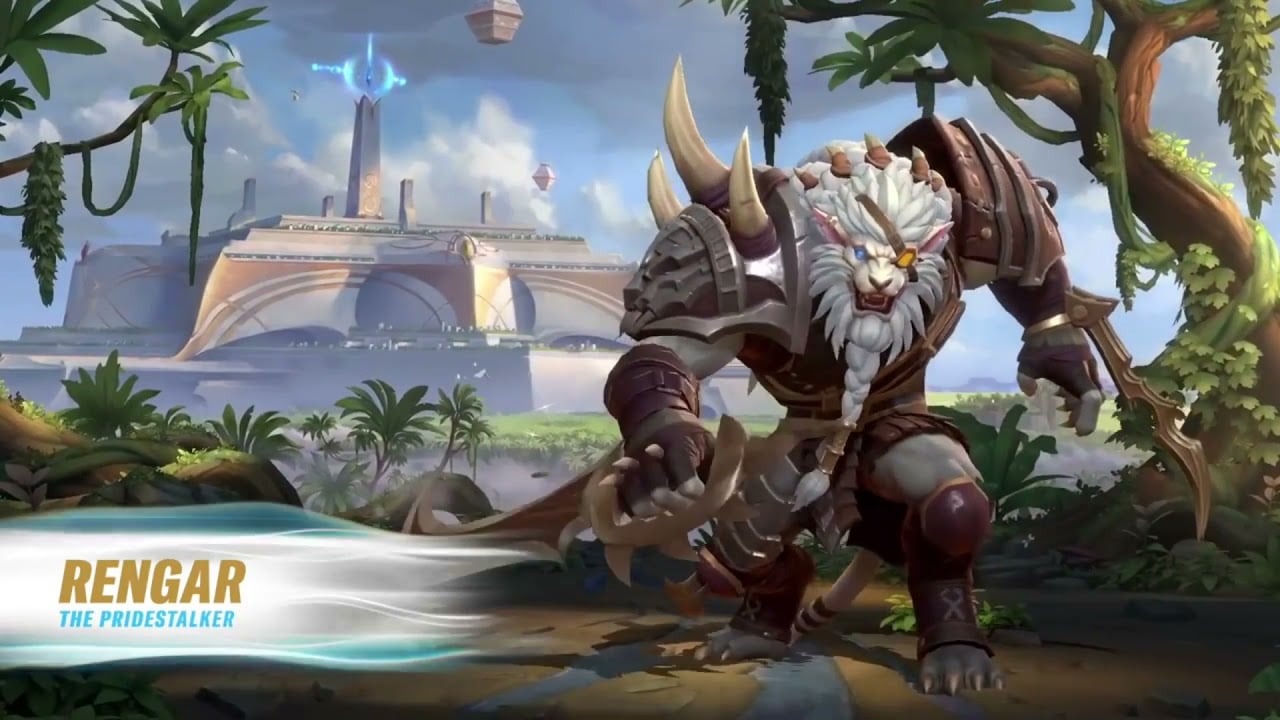 For League of Legends players, there will be no surprise: the Pridestalker will be relatively similar to his version in the PC game.

Riot Games revealed Rengar’s abilities iWild Rift by posting a video earlier today. Even his appearance and those of his kit are entirely similar to his original version which should please Rengar mains out there.

Even Bonetooth Necklace, his trophy hunting ability which grants him permanent additional attack damage when he gets kills, seems to have been integrated. He might look complicated to play at first, but after a couple of games, players should get used to the hunter’s gameplay.

He’s not the kind of jungler who can simply focus on farming camps and get neutral objectives on the map. Rengar thrives on ganks, dives and aggression. Paired with KhaZix’s camouflaging Unseen Threat, Wild Rift‘s meta might shift towards a more combative playstyle centered on hunters in the jungle.

Rengar will be introduced into Wild Rift on May, 5 at 7pm CT, at the same time as Kha’Zix. The time-limited event focusing on the pair’s rivalry, called Masters of the Hunt, celebrates their addition to the game. It will likely offer the champions for free to players able to complete sets of challenges.

The skin Night Hunter, which also exists in League, will be released alongside Rengar, as well as other themed cosmetic items.

For players who don’t know the champion in League, here is a breakdown of his abilities: