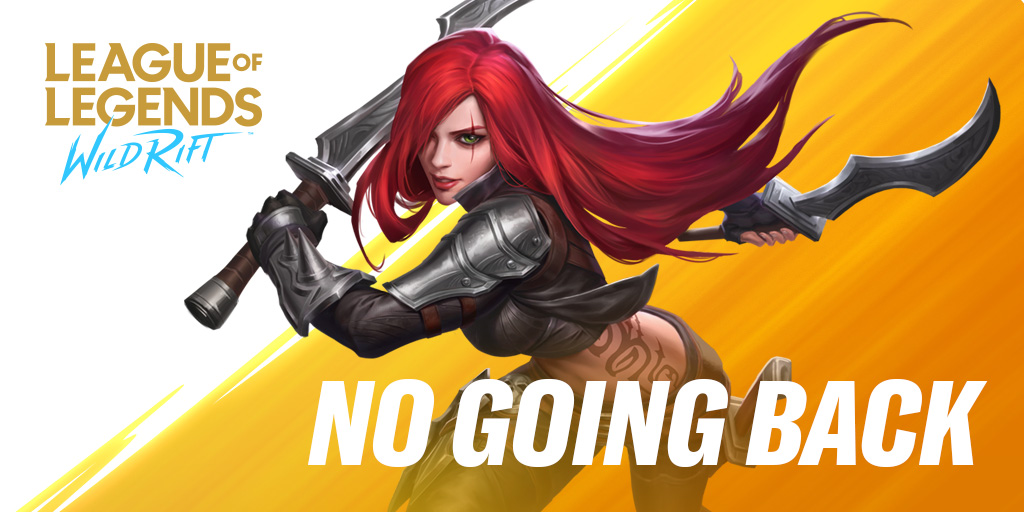 Players will have the opportunity to earn Katarina for free by completing a series of challenges available for the next seven days in-game. Alternatively, she can be purchased from the in-game store.

Katarina’s Kit remains mostly unchanged with some minor alterations to suit the smaller Rift size present in the mobile game. In addition to her introduction into the game, a pair of skins for her and three new additions from the Omega Squad set have arrived.

For Katarina, Death Sworn and Bilgewater skin options are now both available to purchase alongside the champion. These two skins boast different unique styles, with Death Sworn bringing a Shadow Isles styled spin on the champion while Bilgewater grants Katarina the pirate aesthetic the region is known for.

The Omega Squad skins added to the game are for three of the newly-introduced Yordle champions: Fizz, Teemo, and Tristana. All three of these champions entered the Wild Rift as part of the Yordle expedition earlier this year.

Players can purchase all five of these skins right now from the in-game store using Wild Cores.