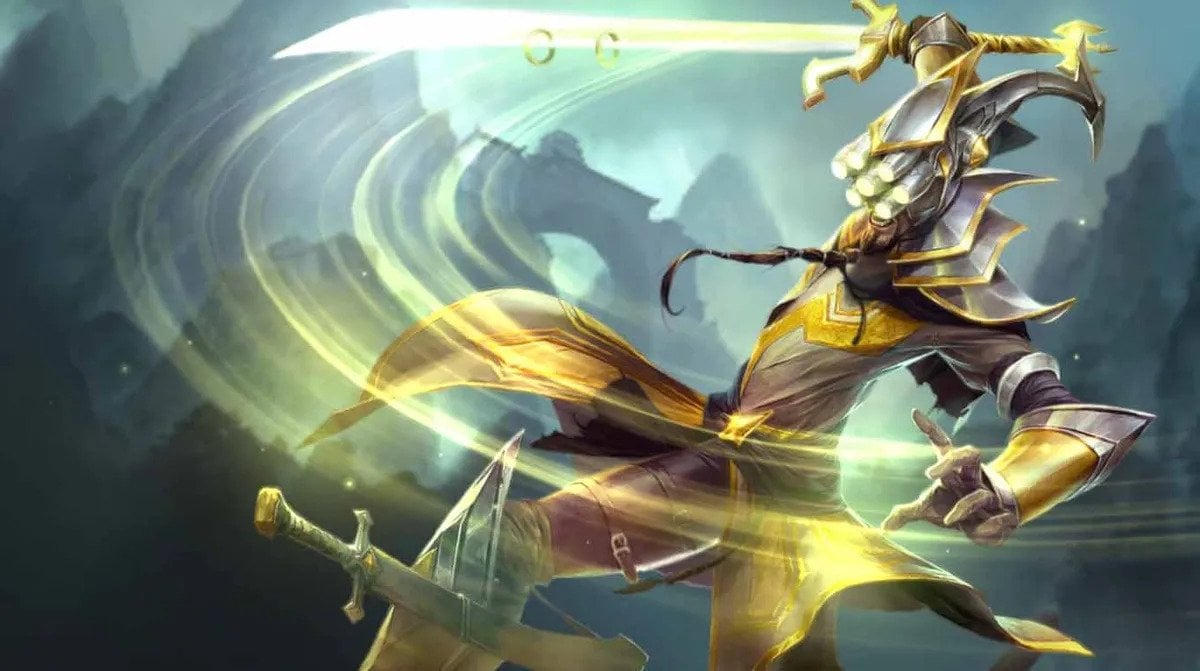 League of Legends: Wild Rift carries on a lot of features from its predecessor, League of Legends. One of these elements is the fact the entire roster of 79 champions that are playable right now is all based on the PC version in some way.

Each champion stands out as a unique entity with their own backstory and roles to play in a match of Wild Rift, some wearing many hats while others specialize in one area, including this champion: Master Yi.

Here’s what you need to know about Master Yi in Wild Rift, including a breakdown of his specialized role and skills.

Master Yi the Wuju Bladesman is an AD Fighter champion. Primarily played in the jungler role, there are not as many flexible ways to play this champion compared to some others like Morgana. But having a defined role is not a bad thing by any means, because this allows the champion to be the best at what they do.

The crux of Master Yi’s potential in Wild Rift comes from his varied skills that synergize well with each other:

Alpha Strike doubles as both an offensive and defensive skill. It does damage to up to four enemies caught in its AoE, while also being completely immune to damage during its duration. This means being able to dodge or entirely evade a lot of AoE crowd control skills most other champions could not while applying constant pressure with the damage output.

Meditate keeps Master Yi healthy throughout long conflicts, also providing a substantial 70 percent damage reduction at max level, making it incredibly useful during clutch situations. The heal should not be underestimated either because gaining 100 HP per second can be the difference between life and death in most teamfights.

Wuju Style is excellent even when not activated, providing a flat 10 percent damage increase. Upon activation, however, adding true damage to basic attacks and Alpha Strike makes it that much more potent. This also triggers off Double Strike, making a four-hit combo very painful for Master Yi’s enemies.

Highlander is what bumps Master Yi up to highly threatening. While having a 70 percent cooldown decrease on his skills passively per Takedown is great by itself, the active ability synergizes impressively with the other skills. It ensures that the hunt will be successful by making Master Yi unslowable while allowing him to run and hit even faster than he usually does.

As a jungler, these items draw out Master Yi’s full potential:

The Stasis effect from Mercury’s Treads is perfect to save Master Yi in a tough situation, making him untargetable and invulnerable for the duration. This can be used after Alpha Strike to further increase the invulnerability period.

Navori Quickblades ensure Master Yi’s abilities are always ready by reducing their cooldowns each time he gets a critical strike. With Alpha Strike’s increase in crit chance, it almost ensures his skills will always be off cooldown.

The Solari Chargeblade further boosts Master Yi’s damage by adding magic damage to his physical attacks. This damage can also crit along with his base damage, leading to a lethal combination that will test all the resistances of his foes.

Finishing off the build is Stormrazor. This item energizes the damage dealt by Master Yi when he moves and attacks, which is perfect for his playstyle. Apart from that, each energized attack deals bonus damage and also slows with each hit, further enabling his hunter-chaser nature.

Unlike most other champions, Master Yi is played as a hard jungler, making him have only one role in Wild Rift. But with his skillset and appropriate items, he pulls it off really well.

The priority for his jungler skill build focuses on Alpha Strike, and as such, this skill is maxed out first, by level seven. Alpha Strike helps Master Yi clear out the jungle incredibly quickly with the bonus critical damage as well as a flat damage increase with his Wuju Style.

Due to this, Wuju Style is then maxed out next, with a value point taken in Meditate to sustain early-game jungling. The bonus damage from Wuju Style couples up nicely with Alpha Strike, making short work of jungles. Along with his Highlander ultimate ability, ensuring a sustainable stream of damage from these two basic skills is not too difficult.

Finally, Meditate is maxed out last, with one value point taken at preferably level four because subsequent levels are not as impactful earlier in the game. A flat 55 percent damage reduction coupled with a consistent heal every second more than makes up for his lack of sustenance in the early levels until Highlander is acquired at level five.

Highlander is also leveled up at every possible chance at levels five, nine, and 13.

For more of the same information, this video from iTzSTU4RT adds in a lot of great jungling information in general: