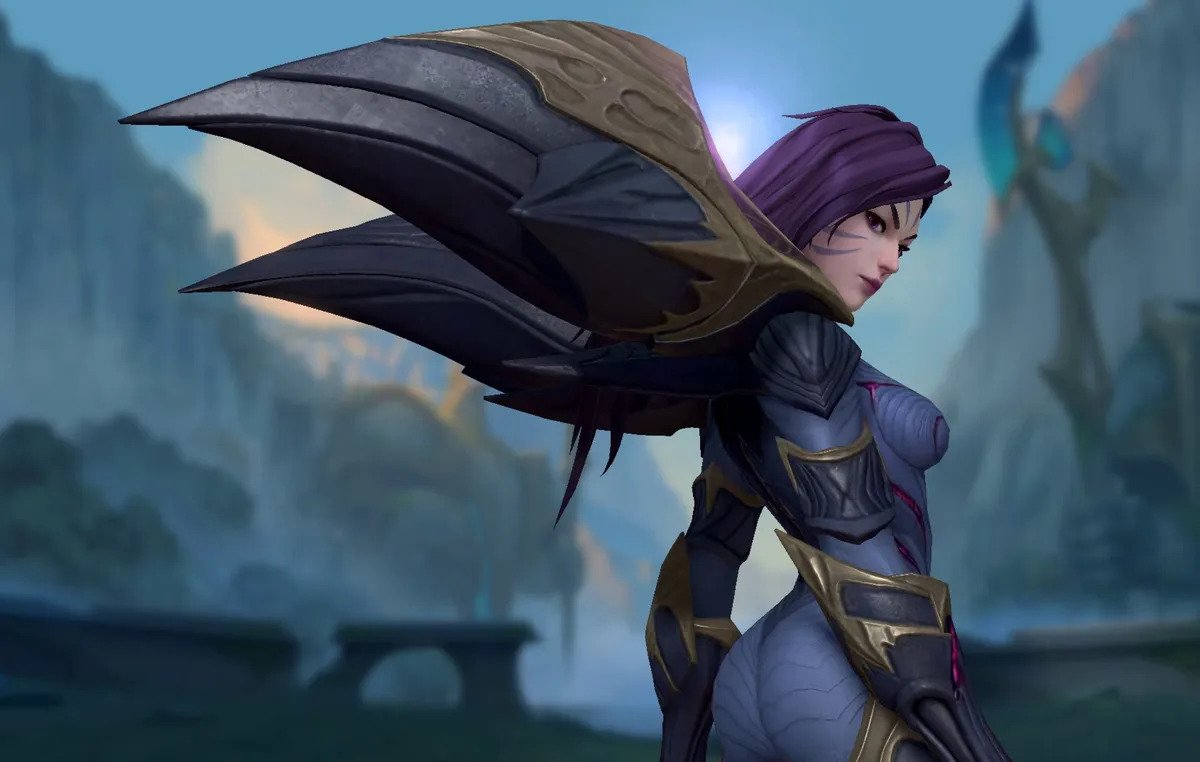 League of Legends: Wild Rift carries on a lot of features from its predecessor, League of Legends. The roster of unique champions makes the game even more engaging to play since the combinations of allies and enemies are endless, which in turn makes each match a unique experience.

Today we will be shining the spotlight on one of those champions: Kai’Sa.

Kai’Sa, Daughter of the Void is an AD champion that is primarily played in the Dragon lane as a Duo with a support. Due to this, Kai’Sa may not be the best champion early on in the game, but as the game progresses, she only gets stronger.

Kai’Sa’s skills make her who they are, with each one contributing to her late-game potential:

Kai’Sa’s Second Skin has two aspects to it: Caustic Wounds and Living Weapon. Her abilities primarily revolve around her Plasma stacks that are generated via the Caustic Wounds aspect of her Second Skin passive. These stacks do additional bonus damage with every charge piled onto the target. Additionally, the Living Weapon aspect of her Second Skin allows her to boost her other abilities based on the stats she builds up from gear throughout the entire match.

Icathian Rain is Kai’Sa’s primary damage dealing skill. Firing a max of six projectiles that home in and damage enemies, which can then be upgraded to 12 projectiles dealing even further damage, this skill does consistent physical damage which is then amplified by the items she builds later in the game.

Void Seeker is her control skill which also does damage. This skill is perfect for revealing hidden enemies and stacking Plasma while also dealing a good amount of bonus magic damage. The upgraded version stacks even more Plasma charges while also removing a good chunk of cooldown duration if it hits an enemy champion.

Supercharge is Kai’Sa’s steroid skill that gives her a temporary burst of movement and attack speed. This is perfect to chase and finish off vulnerable targets that are trying to flee her grasp. Its upgraded version also turns Kai’Sa invisible during the charge-up period, making her a great initiator for ganks coupled with her Killer Instinct.

Speaking of which, Killer Instinct makes Kai’Sa dash towards a target already affected by her Plasma stacks, giving her a damage-absorbing shield for two seconds, letting her tank any retaliatory damage while also closing the gap between her and a mobile target. This coupled with her Supercharge is the perfect finishing combo in her arsenal.

These items will bring out Kai’Sa’s full power in the late game:

Bloodthirster’s active ability utilizes its physical vamp to create a shield that absorbs damage based on Kai’Sa’s level. This shield decays over time when out of battle, however. Bloodthirster also passively provides 15 percent physical vamp.

The Stasis effect from Gluttonous Greaves is perfect for clutch plays in tough situations, making her untargetable and invulnerable for the duration. This is purely defensive, however, as Kai’Sa will not be able to move or perform any actions either.

Infinity Edge provides a flat attack damage increase with a 25 percent critical strike chance. This critical damage is stronger than the regular 200 percent, instead doing 235 percent critical hit damage and can proc off any of Kai’Sa’s physical abilities.

Mortal Reminder gives each of Kai’Sa’s attacks up to 30 percent armor penetration, depending on her level. Each attack also applies Grievous Wounds, which reduces enemies’ HP regen and healing effects by 40 percent initially, increasing to 60 percent for every three consecutive hits that Kai’Sa does.

The item most essential to upgrade her Supercharge is Runaan’s Hurricane. While providing a flat 45 percent increase in attack speed, its ability also allows Kai’Sa to strike two additional nearby targets, applying all of her on-hit effects, including critical strikes, on them as well.

Finishing off the build is Stormrazor. This item energizes the damage dealt by Kai’Sa whenever she moves and attacks, which is basically how she is played. Apart from that, each energized attack deals bonus damage and also slows with each hit, further enabling her hunter-killer nature.

Being a late-game champion, Kai’Sa’s item and skill build should be purely built keeping that goal in mind. As such, some abilities do better at early levels than others and this would be her ideal progression route.

Most players unanimously agree that Icathian Rain should be given first priority, maxing it out at level seven. The damage boost is too strong to be ignored in the early game and it keeps her relevant at the earlier stages, where Kai’Sa is at her weakest, provided she might have to contribute to a fight or secure a kill.

The build from here may deviate a little bit, but in most cases, it has proven more effective to max out Supercharge over Void Seeker, simply because the buffs that Supercharge provides are not to be missed out on at those levels. It helps Kai’Sa play a more active role in fights when Supercharge buffs her by a huge amount.

As such, Void Seeker is generally maxed out last, with a value point taken at early levels to stack Plasma faster. The reveal effect also takes care of a lot of pesky opponents that don’t like to be seen. By the time this skill is maxed out, Kai’Sa will be taking an active role in teamfights, making it perfect for the late game.

Killer Instinct is also leveled up at every possible chance at levels five, nine, and 13.