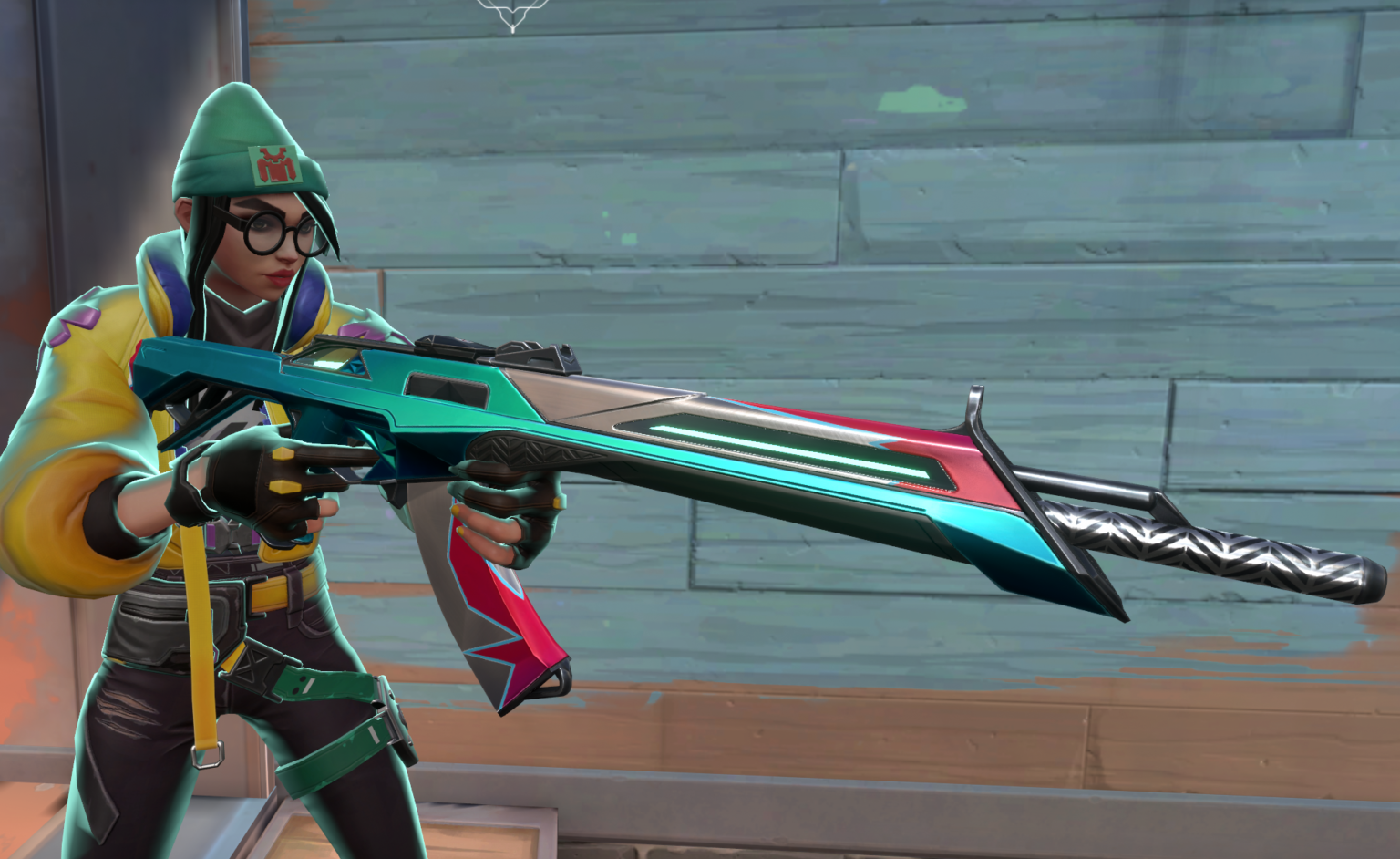 Unlike some other professional esports leagues, where players are required to equip a team skin or a default weapon skin in competition, VALORANT players are free to use whichever skins from their own collection they’d like. And with more and more options to choose from as the game passes its two-year anniversary, fans have seen a large variety of skins on display at VCT Masters Copenhagen so far.

In the past, skins used by players in regional or international events have soared in popularity, especially the unexpected choices, like M3C’s Nats and the Prism Phantom last year in Champions. Even skin collections that weren’t popular with players can gain a new reputation in the hands of VCT stars.

So we took some time to compile the skin choices of fan-favorite and standout players in VCT Masters Copenhagen. Here are your favorite player’s picks for the skins that get them those headshots every time.

The Vandal is one of the best guns in VALORANT, and the one-tap headshot kill potential means it’s one of the top choices for the pros.

At Masters Copenhagen, the most popular Vandal skin seems to be the Prime Vandal. OpTic’s yay, XSET’s zekken, and FPX’s ardiis all use the Prime Vandal. Many players have labeled this skin as a favorite in the past as well, some claiming it has hidden aimbot powers.

As far as variants go, you can’t go wrong with Prime. But yay uses the yellow variant, while zekken and ardiis use the blue variant, if you want to try to ascend to their level (no guarantees).

Other notable Vandal skin choices include the RGX 11z Pro Vandal, used by Paper Rex’s mindfreak as well as others. The RGX 11z Pro skin line is popular for other guns in the game as well. Mindfreak uses the yellow variant on his Vandal.

Northeption’s Meteor uses the VCT Champions 2021 Vandal, the skin which was released at the end of the first VCT season with proceeds going to the players. You’d expect a decent amount of pro players to use this skin, especially those who often sit on top of the scoreboard due to its special lighting effects, but the Vandal isn’t as popular as the other piece in the Champions set.

Some players prefer the Phantom to the Vandal for its easier spray control and versatility. One of the most notable Phantom skin picks comes from Fnatic’s Boaster, who uses the red variant of the Singularity Phantom.

The Singularity set is one of the older skin sets in the game, released at the beginning of Act 3 in late 2020. Many other exciting Epic and Legendary skins have come along since then, and many casual players and pros alike have chosen to go for newer skins. But not Boaster, who consistently sports the Singularity Phantom.

A popular choice for Phantom users in the VCT has been the Recon Phantom. When XSET’s zekken and OpTic’s crashies opt to go for a Phantom, they both use the red variant of the skin. The Recon Phantom has also frequently been spotted around EMEA in regional competition, and almost every variant is represented there.

In general, it seems that the pro players prefer Phantoms with softer sound effects and a lighter touch. Somehow, both the Singularity and Recon Phantoms feel more like using a Spectre than a powerful Phantom sometimes.

The Operator is undoubtedly the most powerful gun in VALORANT, with a one-shot body shot kill potential. However, the gun is heavy, slow, and expensive, making it a big investment. Here are some of the Operator skins we’ve seen so far in Copenhagen.

The Sheriff from this skin line is also considered one of the best in the game and is used by many pro players as well.

A unique choice for an Operator skin comes from Guild’s Sayf and Fnatic’s Boaster, who both use the Elderflame Operator. The Elderflame skins seem to be a hit-or-miss for players; some love the fire-breathing dragon companion and others find it distracting.

Fans also have seen Leviatán’s Tacolilla light up the lobby with an Operator. He uses the Forsaken Operator, gold variant. This is a stylish choice that feels ornate yet practical. Though the Forsaken skin line doesn’t have the same flare that some other skins might have, it makes you feel fancy when you use it, and what’s more satisfying than that?

No matter who you are, if you’ve played VALORANT, you’ve used a Classic, either willingly or unwillingly. And sometimes the best players in the world are able to come up with huge plays using this tiny little sidearm.

Many players, including XSET’s zekken and Paper Rex’s mindfreak, use the Prime Classic. It offers the same satisfying laser-gun, ambiguously aimbot feel as the popular Vandal, but on a smaller scale. Zekken uses the blue variant of the skin to match his Vandal.

Another stylish choice is the Spectrum Classic, a piece of the skin line released as a collaboration between VALORANT and Zedd. The best part of having a Spectrum Classic on hand is that when you need to take a music break, the beats are right there in your hand if you hit inspect!

LOUD’s Saadhak uses the black variant of the Spectrum Classic.

Though the Classic is a free weapon and is usually on hand, a player’s Melee weapon is the one that is always there, through thick and thin. And though getting kills with a Melee weapon isn’t seen too often on the VCT stage, players are constantly shuffling through their weapons to their Melee to jiggle-peek angles and rotate to another part of the map.

The most popular Melee weapon at VCT Masters Copenhagen is the Champions 2021 Karambit. Many players enjoy flipping the karambit-style weapons around in their agent’s hands, and the Champions Karambit is even more special.

Similarly, many players also choose to equip the Prime 2.0 Karambit. Especially since the VALORANT game patch where players can now roll back skin upgrades, the Prime 2.0 Melee has come back into fashion. This time around in Copenhagen, OpTic’s yay and DRX’s Stax are both using this weapon.

While a variety of skins are represented at VCT Masters, it’s clear some are favored more by the pros than others. Will you add any of these skins to your wishlist?