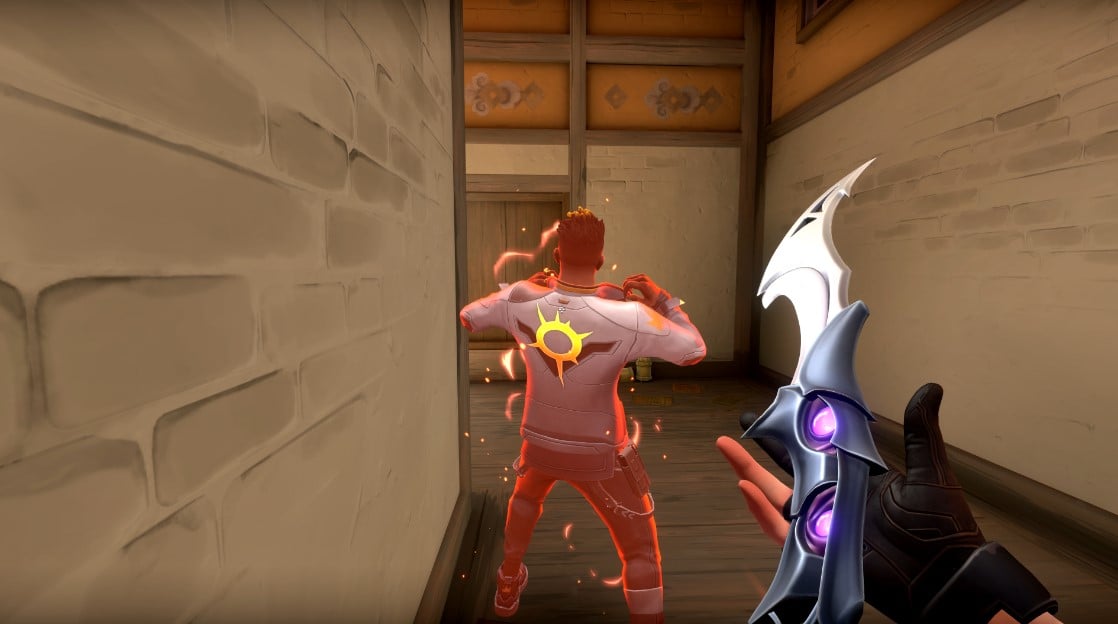 The second iteration of the VALORANT battle pass will include some of the coolest cosmetics so far.

The battle pass, which is set to launch on Aug. 4., will contain a series of unique unlockables, including gun skins, gun buddies, sprays, player cards, player titles, and Radianite Points. The pass will cost 1,000 VALORANT points and will be available to purchase in-game.

Upon purchase, players will have to grind through the ranks to unlock exclusive cosmetic items. Some of the best weapons in the game, like the Vandal, have a new skin line in the Act II battle pass, alongside plenty of other guns.

This line has its own melee skin, too. The knife is curved at the edge and features two small orbs alongside the base, just like on the Vandal. Now you can assassinate your enemies in style.

This isn’t the only skin line, however. Both the Bucky and Classic pistol will receive new skins in this battle pass. This skin line is less flashy but still features a slick orange-color scheme with small graphics added alongside the base.

We can’t forget about the Guardian, either. This weapon is receiving it’s own skin line that looks reminiscent of cubic art. It features an orange color mixed with white and gray shapes along the side of the gun.

Riot is set to introduce Killjoy, the latest agent in VALORANT, in Act II, alongside a premium Glitchpop skin line and an all-new Deathmatch game mode.

The Act II battle pass will launch on Aug. 4.