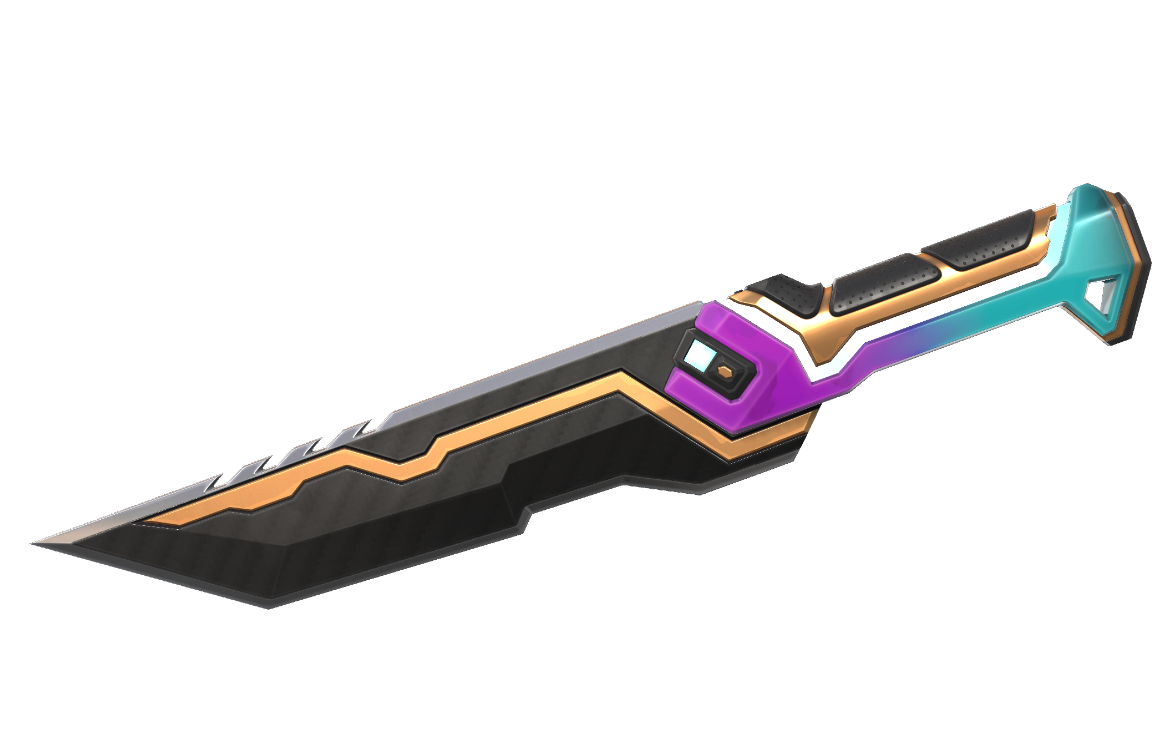 Holograms, glitches, and neon lights are making their way to Riot’s tactical shooter.

The new Glitchpop skin line, which fuses bright colors with industrial carbon fiber, is hitting the store tomorrow alongside VALORANT’s Act II. The collection will include skins for the Bulldog assault rifle, Frenzy pistol, Judge shotgun, and Odin machine gun, as well as a futuristic dagger.

“We decided to focus on how to push this skin line towards a more fun and punk aesthetic, instead of the classic gloomy and grounded cyberpunk representation we often see,” said senior weapon artist Chris Stone. “To keep ourselves oriented towards this thematic goal, we coined the term ‘Playful but Deadly.’”

While the skin line began with “factory fresh” weapons alluding to motifs commonly seen in the sci-fi and cyberpunk settings, it eventually expanded with more “aftermarket modifications,” according to Stone. Vibrant colors, sticker projections, and neon lights are incorporated into each Glitchpop weapon.

In keeping consistent with the game’s premier skins, players can upgrade Glitchpop weapons up to level seven using Radianite. This will include VFX, a custom muzzle flash and firing audio, reload animation, logo holograms, skin variants, and a badass explosive finisher.

Upgrading the knife to level two will give it swipe effects and audio, a minor glitch effect when inspecting, and a blade color that changes every time you equip it. So players who constantly fidget between their gun and knife will see a random logo and a random blade color pop up, respectively.

While this isn’t as expensive as the tactical shooter’s Ultra Edition skin line, the Elderflame Collection, it’ll still cost a pretty penny. Snagging the full bundle will run you 8,700 VP (roughly $80), throwing in a player card, a spray, and a gun buddy as well. Each weapon skin will cost 2,175 VP individually (a little over $20), with the melee weapon costing 4,350 VP (about $45).

And you’ll still need to use the controversial Radianite currency to upgrade animations on the weapons, asking you to fork over even more money. But players who purchase the $10 battle pass for Act II will earn some Radianite Points through progression.