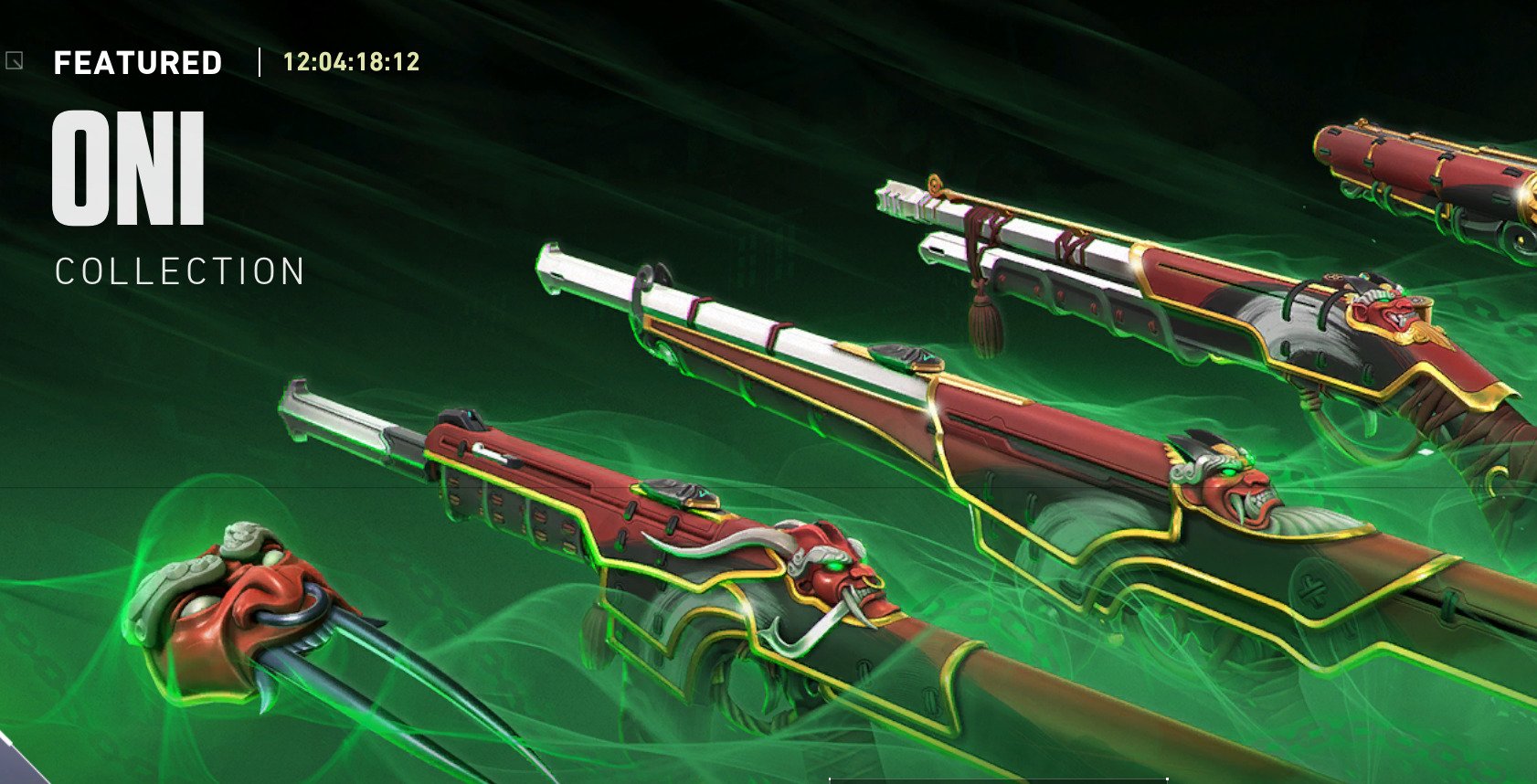 VALORANT, a free-to-play tactical shooter, is once again under fire for the prices of its cosmetics.

Yesterday’s release of the Oni Collection has caused debate within the VALORANT community. Radianite, the currency used to upgrade skins (not purchase them), is the culprit of the controversy due to its hefty price tag. But dissenters argue that players aren’t forced to shell out any money for VALORANT since it’s a free game.

A quick “Radianite” search on the game’s subreddit reveals multiple posts discussing the in-game currency, with some asking for it to be “abolished” and others “sick and tired” of players complaining about it. One savvy fan even analogized the titles of Reddit posts to the Five Stages of Grief, harking back to their psychology class in hilarious fashion.

VALORANT players can buy weapon cosmetics using Valorant Points (VP). Premier skins, like the Oni or Elderflame Collections, can be upgraded using Radianite to unlock cool animations and color variants. Fans first have to buy the skin using VP and then spend more money to call swords or dragons from the sky when executing their opponents—and it isn’t cheap.

Related: VALORANT’s Elderflame Collection will light a fire in your heart and burn a hole in your wallet: A review

Let’s break down the math. To buy 80 Radianite, for example, players need to spend 4,800 VP (roughly $45). To purchase one single gun from the Oni Collection, it costs 1,775 VP (roughly $17). To fully upgrade your Oni weapon with all the bells and whistles, it takes 75 Radianite. So a fully-kitted Oni Phantom can cost a player over $60.

There are definitely loopholes for discounts, such as buying the entire skin bundle or unlocking a limited amount of Radianite through the $10 battle pass. And if you don’t want to spend money at all, you can always pick up the gun from a fallen player’s corpse.

But a tried-and-true system for free-to-play games is to sell cosmetics. Companies need to earn profits to be able to produce more content, potentially hold tournaments, and keep the game running. And it doesn’t seem like that’s going to change any time soon.