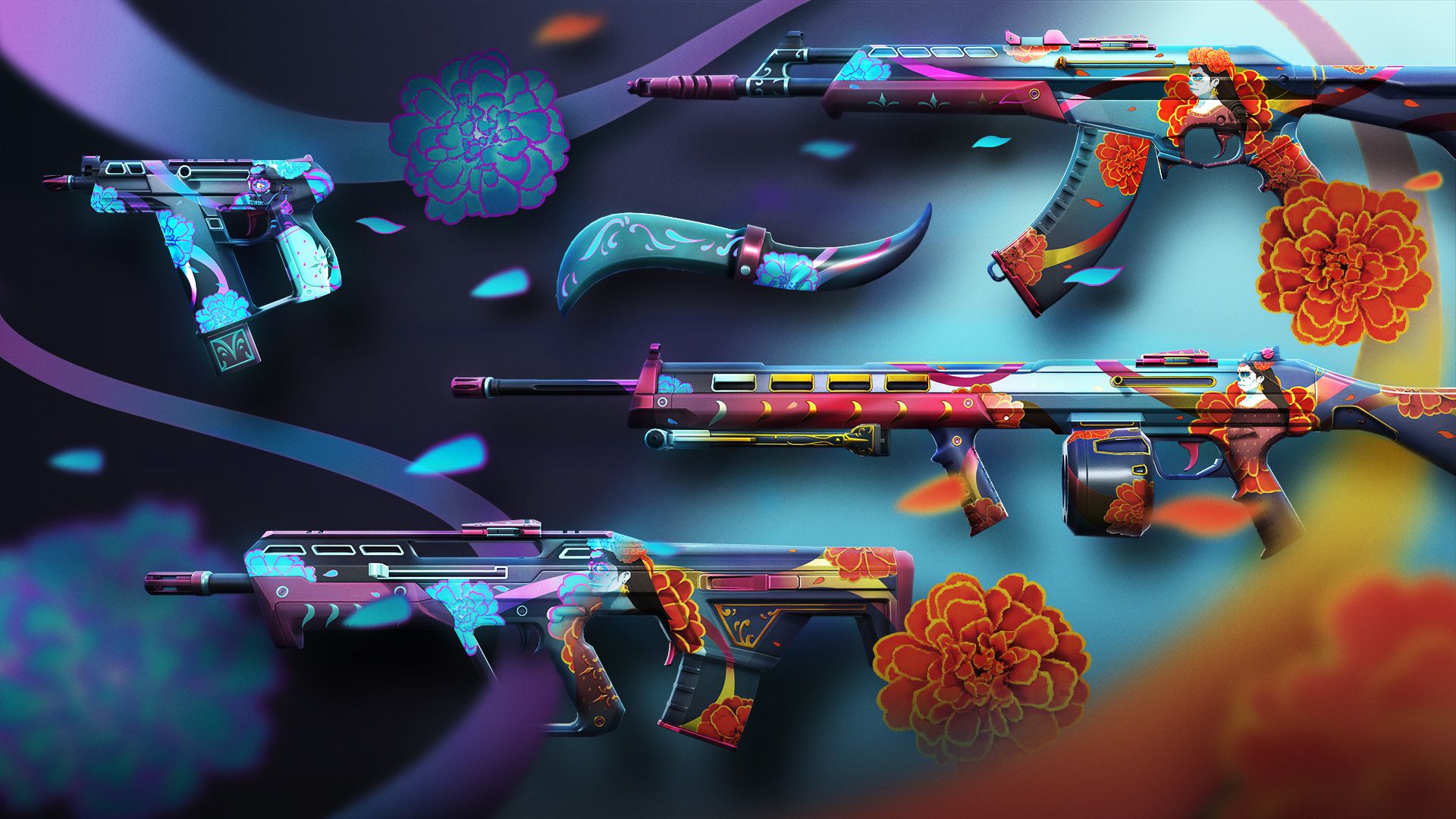 To pay respects to loved ones and celebrate Día de los Muertos, Riot Games is releasing a set of VALORANT skins inspired by the Day of the Dead.

Nunca Olvidados, Never Forgotten, is a bright and vibrant bundle that features a striking palette of blues, purples, oranges, and reds. It includes skins for the Vandal, Bulldog, Frenzy, Ares, and melee.

The goal of the project was for the skins to feel “beautiful” and “culturally accurate,” according to Sean Marino, art lead at Riot. “It was us creating [skins] to recognize Día de los Muertos that wasn’t just covering the weapon[s] in skulls,” he said. “We wanted to be as authentic as possible.”

Instead of a generic mashup of skulls and marigolds, the skins take inspiration from a number of artists, according to Riot. “We made sure to use imagery and colors that accurately represent the holiday,” Marino said.

The art style uses bold colors and gradients to create a fearfully beautiful look. “We focused on striking a balance of simplistic and ornate,” Marino said. But there’s also a modern twist to the classic design, with a glowing splatter of neon paint added to the mix

“We saw this as a great opportunity to incorporate more of our ‘day/night’ tech where the gun[s] can change some of [their] visual features based on whether you’re in the dark or light area of the map,” Marino said.

As for the melee, Riot played around with a few ideas, from switchblades to daggers, to even something like a cane with a skull head that, according to Marino, would pull out to reveal a sword. But in the end, the devs decided on a vintage Mexican fighting knife after coming across references to tranchete or saca tripas.

What makes the skins so special is their unique day/night tech that allows players to opt into a day or night version via variants.

“In a way, it was a challenge because we had to go through and undo some of the work we did to set that feature up, but we figured it would be worthwhile for players who wanted purely one or the other,” Marino said.

The Nunca Olvidados bundle, which is set to release to VALORANT’s store on Oct. 20, is expected to cost 5,100 VP or roughly $55.