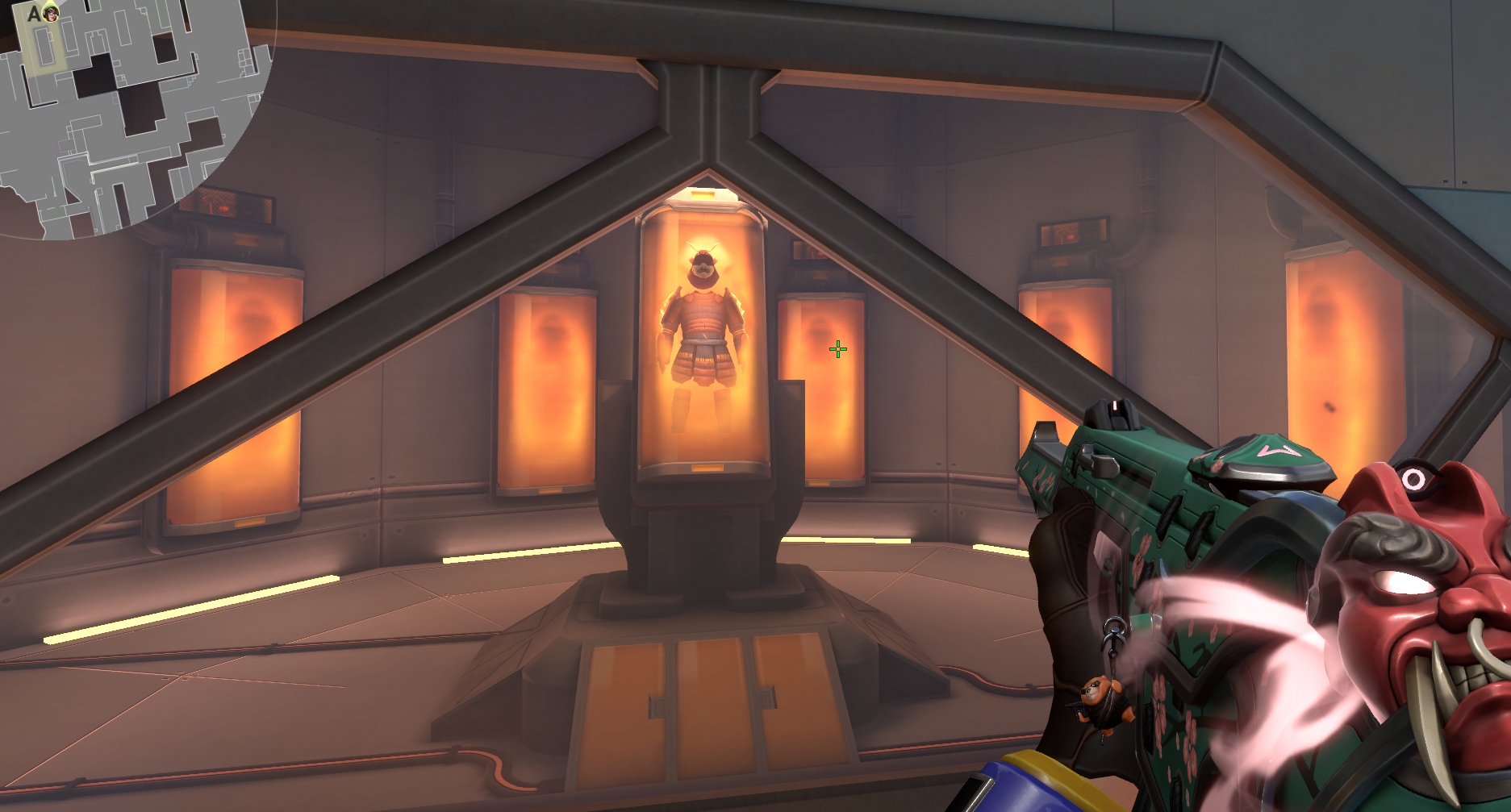 Immediately after the launch of VALORANT Act III yesterday, fans sifted through the new content for clues on the next agent—and they might’ve found something.

Riot set a precedent of teasing new characters through battle pass player cards, which they did with Killjoy for Act II and Skye for Act III. And by scouring the pass and new map Icebox, fans believe a samurai who manipulates death and time may be on the horizon.

On A site, for example, there are two allusions to samurais that look like a peculiar lab experiment. And on the furthest right computer screen found in the attacker’s spawn, you can see the outline of samurai armor again.

The Act III battle pass also hints at the Japanese warriors. Tier four seemingly shows the outline of a samurai wielding a gun in between two gargoyles. The Secret Lineage player card from tier 38 has what appears to be a cyber samurai mask. And tier 48’s player card features a dog tag with the Latin words “memento mori,” which is an object that warns or reminds you of death. In addition to the dog tag, the card also has an hourglass, which may tie together themes of death and time, according to some savvy fans.

Even though these theories are exciting, Riot hasn’t confirmed the veracity of any of this information.