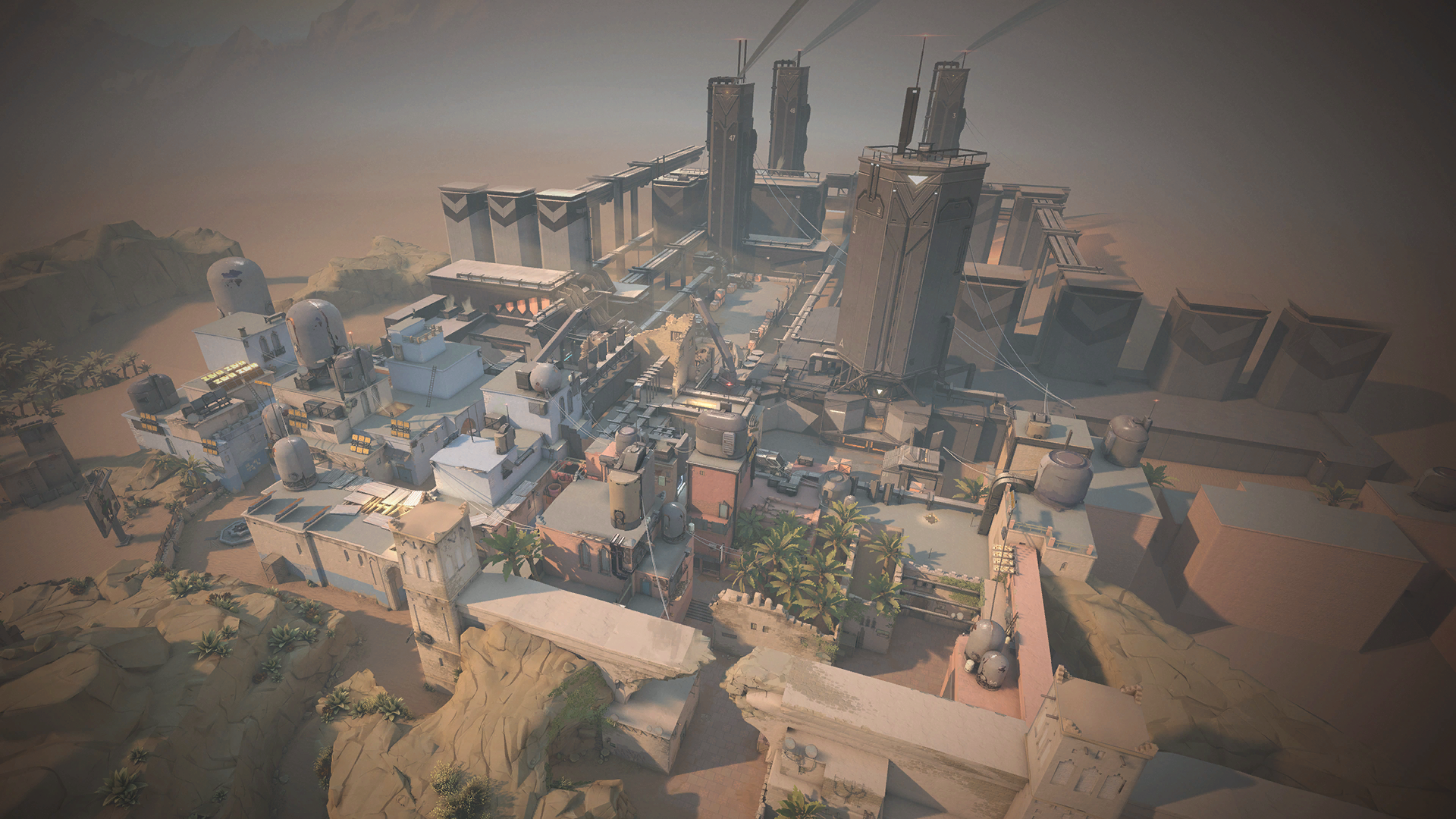 In a game like VALORANT, much like its spiritual predecessor CS:GO, the battle of attack vs. defense usually favors the defensive side. Sites, in general, are easier to hold than they are to attack, as attacking generally requires more coordination between teammates.

To make up for this, some maps have a gimmick that favors the attacking side. These include the closeable doors on Ascent, the third site to pick from on Haven, and in the case of Bind, the portals. The portals give the attacking side an opportunity to pivot and quickly change which site they want to attack, with the option to catch the defenders off guard.

Above is the in-game map for Bind, with most of the basic callouts listed. These maps don’t include specific callouts for the A site or the B site, however.

On the attacking side, a common strat is to smoke off Heaven, then use walls to cut off anyone pushing through U-hall from Lamps. You can post one player in Showers to push out and catch the defenders watching A main off guard.

On defense, you want to use either aggressive positioning or recon abilities to prevent the attackers from getting past Portal without a fight. If they do, then they can either take control of the site from a closer spot, or pivot to B and reach the site before you and your teammates on A can rotate.

Here are the basic callout locations you should know about on the Bind B site. The only other spot you should need to know is the Cubby that’s to the left of Container in the photo above.

When attacking B, use smokes to choke off the door in the back of the site as well as Elbow. Then use recon or damage abilities to force potential enemies out of hiding spots like the boxes in Hookah, the box to Hookah, behind Container, next to the corner Pallet, or in the Cubby.

For defense, just like on the A site, you should use abilities to prevent the attackers from getting all the way up into Garden. Using smokes or recon abilities to stop them from going past the Portal on B Long is usually your best bet.