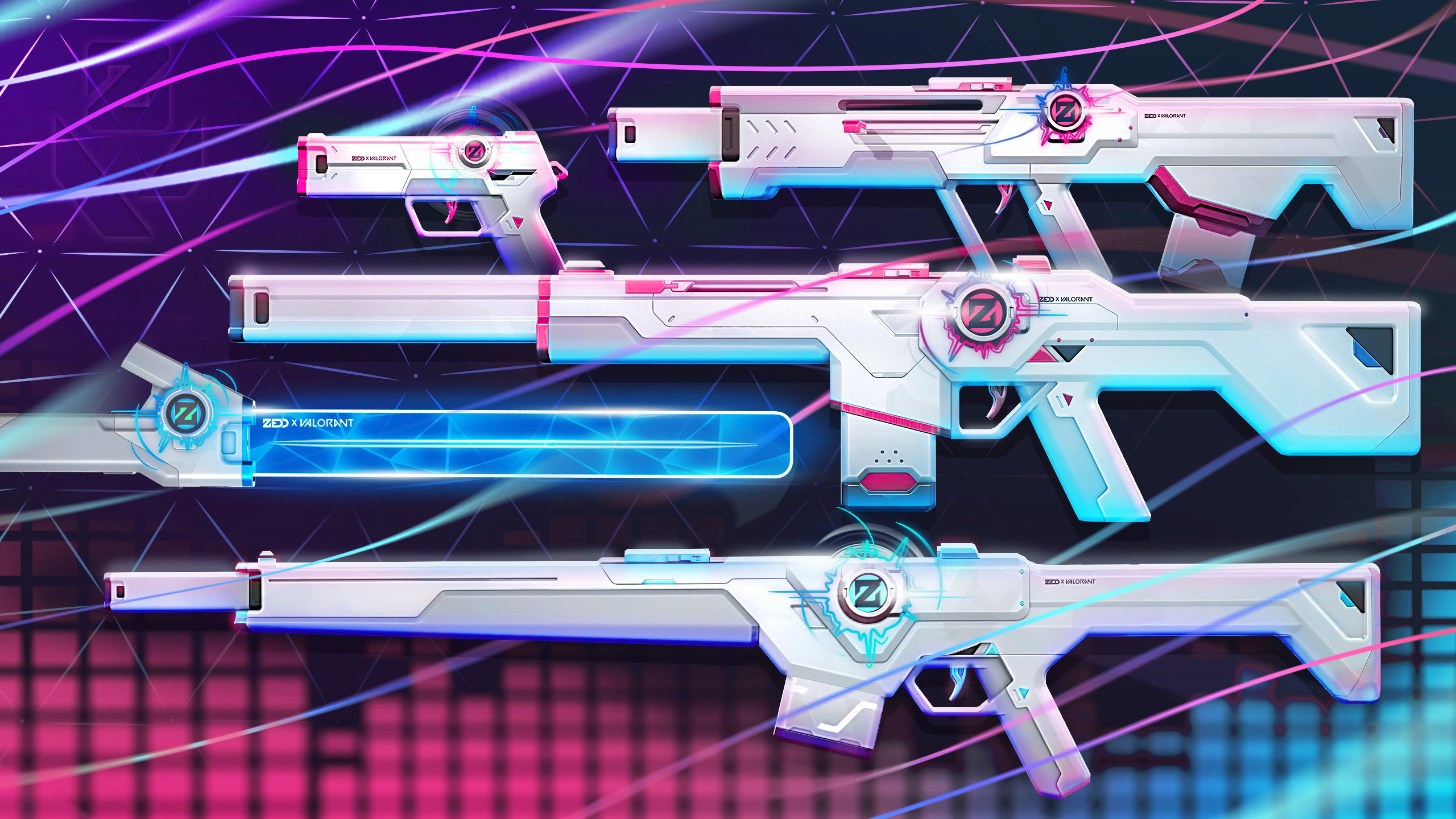 The VALORANT Spectrum bundle, the first audio-driven skin line designed and created in collaboration with Zedd, is now available.

The new skin line is the first of its kind since the team focused on the audio first and the models last. Zedd, a world-renowned DJ, worked with the VALORANT team to create a unique and exciting bundle appealing to all players, not just his fans.

The standard version of each skin alters the ADS reticle, which changes colors as you move. Level two introduces a custom muzzle flash that also changes as you move around the map and new custom firing audio.

Level three adds new reload and equip audio, as well as visual effects and new accent colors that change as you move. This level also adds a unique inspect sound for each weapon and the animation pulses to the beat of other in-game sounds. Level four adds a new finisher that changes color based on where the finisher spawns. It also spawns a customs Zedd/VALORANT logo and the entire scene is reminiscent of a nightclub.

The Spectrum bundle costs 10,700 VP and is now available in the VALORANT in-game store.