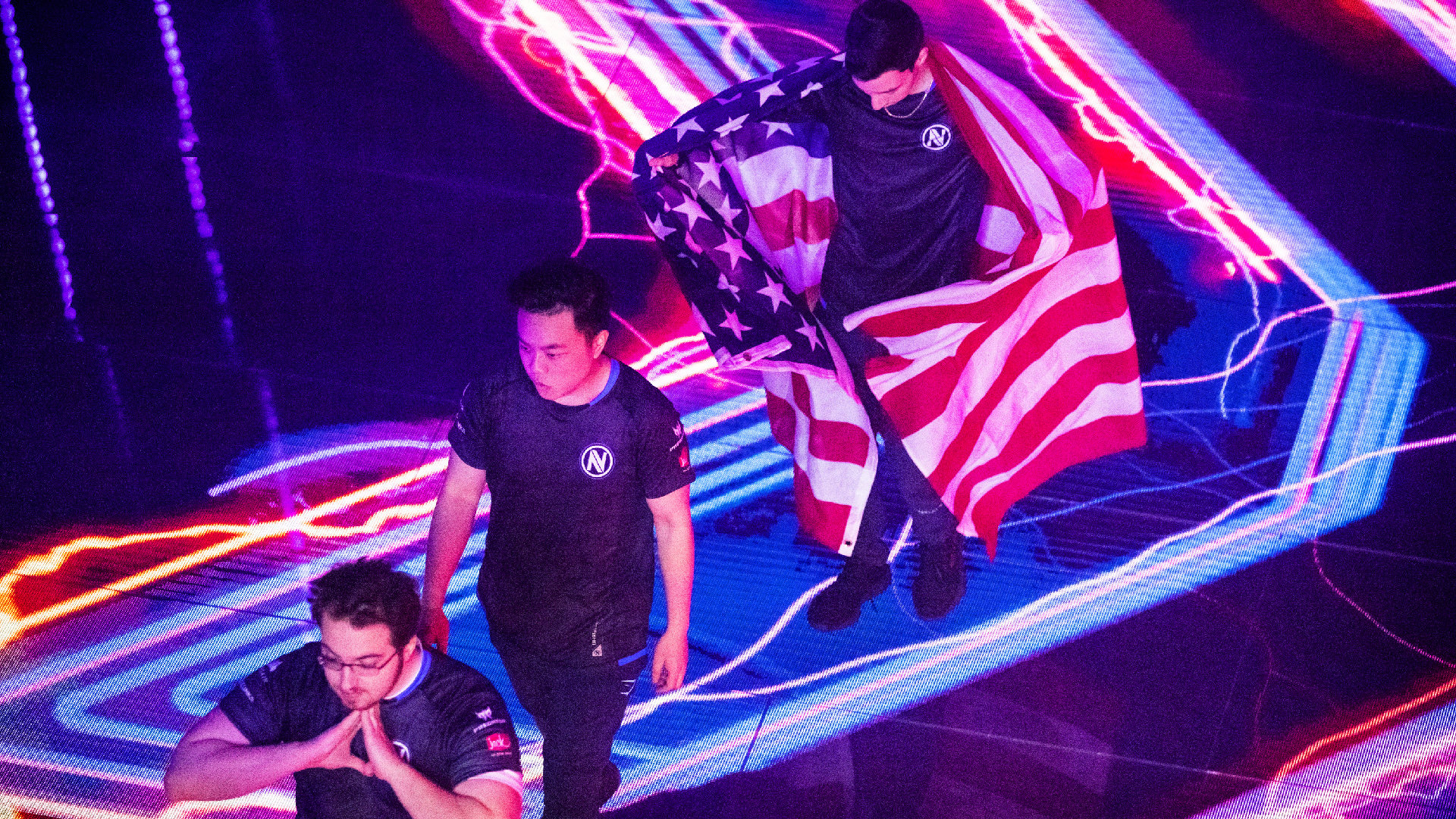 FunPlus Phoenix’s Kyrylo “ANGE1” Karasov revealed that teams could not walk out with flags during Masters Copenhagen due to the conflict between Ukraine and Russia.

“It is not allowed to go out on stage with a flag at Masters,” said ANGE1. “But I can remind all of you here in Twitter that I’m from Ukraine. Country where hundreds of civilian people die every day, just because Russia wants to see us as their colony or destroyed.”

Excel Esports’ Tyler “Foxie” Lowton commented below ANGE1’s post, commenting that it was “sad” that Riot Games would not allow him to walk out with a flag because it was “political,” but ANGE1 clarified that it wasn’t just him that wasn’t allowed to, it was everyone. At previous events, specifically Masters Berlin last year, Riot Games allowed multiple different teams to walk out with flags from their home counties.

Both 100 Thieves and Team Envy were allowed to walk out with the United States flag, and Paper Rex was allowed to walk out with a flag at Masters Berlin last year. Flag walkouts have become a staple in esports to show pride for one’s country at an event of any size, intentional or local. However, with the conflict between Russia and Ukraine, both of which have players currently attending Masters Copenhagen, flags have seemingly been barred due to the political implications that may arise.