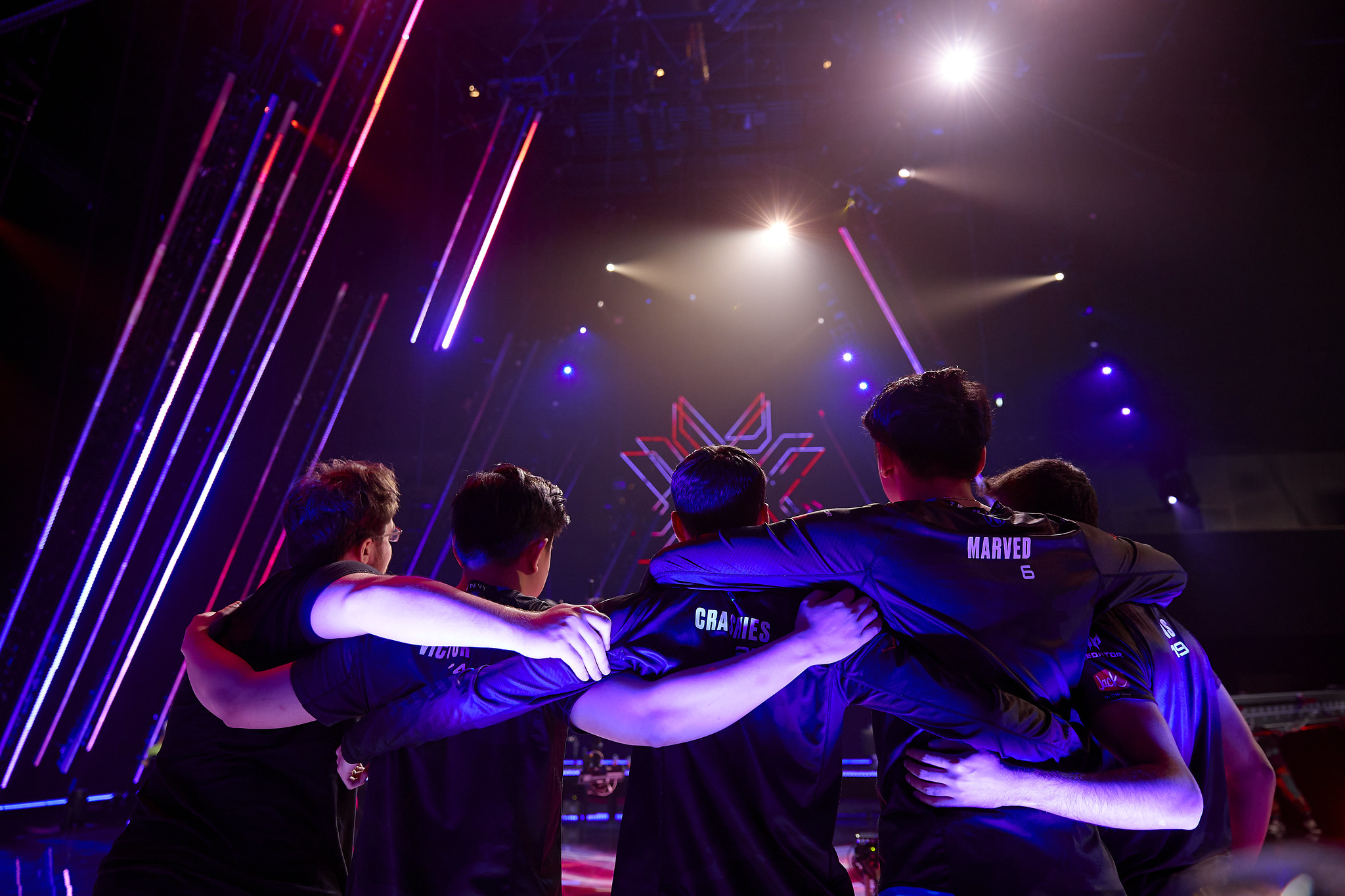 Just two months into his tenure as Team Envy’s VALORANT coach, Chet Singh found himself flying to Berlin in early December 2021 to make his on-stage debut at the first VALORANT world championship at VCT Champions. The rest of Envy were returning to the scene of their greatest accomplishment so far. In Berlin, a few months prior, they had reached the grand finals of VCT Masters Berlin, ensuring a spot at Champions.

But after touching down in Berlin, Chet went from the seat of a plane to the backseat of the metaphorical vehicle Envy were driving towards a potential world championship. Because of the success Envy had found already and the little amount of success in VALORANT Chet had accomplished, he opted to sit back and let in-game leader FNS and company drive themselves.

“I didn’t really want to put my first foot forward and give them everything that I wanted to do,” Chet told Dot Esports. “Because I felt like they did better than me in this game and they had something successful going on for them, I let the team do what they wanted for [Champions] and see if they could repeat the same success.”

Following Envy’s run at VCT Champions, the team would transition banners from Envy to OpTic, but that wasn’t the only thing they changed. Throughout 2022 NA VCT Challengers One, OpTic flourished in a structure with Chet on top making the calls and the comps, paving a path for the boys in green to reach the land of ice at Masters Reykjavík.

Coming from CS:GO, Chet was a respected name that had coached teams like CLG, OpTic, and 100 Thieves, but found the most success with the NRG/Evil Geniuses group that included the likes of tarik and Ethan, among others. But like so many who migrated to VALORANT, success didn’t arrive instantaneously.

He returned to NRG to coach its VALORANT squad, but after falling short in VCT 2021 Stage One Challengers events and failing to even make it past qualifiers in Stage Two, the two parted ways. Chet then was tasked with the Herculean effort of salvaging what had been a dismal year for TSM, but an eighth-place finish at the Challengers Playoffs meant no NA Last Chance Qualifier and certainly no VCT Champions for TSM. Chet acknowledged that the TSM and NRG players “were supportive of his comps,” but there were bigger problems.

“The teams that I had been in before [NRG and TSM] just had a lot of roster instability,” Chet said. “When I joined TSM, I knew we had to change players almost immediately, but I couldn’t do it until we lost. It wasn’t my plan to leave TSM either. I wanted to stay for the long run. We were trying out Cryocells, and we really wanted to make it a long-term thing.”

Despite Chet’s desire to stay and make it work, TSM still agreed to his acquisition by Team Envy, who had a head coach vacancy after coach Michael “Mikes” Hockom departed due to a contract dispute. Chet attended VCT Champions as Envy’s coach, but deferred the decision-making to the players when it came to map selections and agent compositions.

Envy had been dealt a serious blow before matches even started, when it was announced their go-to flex player Victor would have to play from an isolated room due to exposure to COVID. This forced the rest of Envy into a cramped practice room instead of a stage. And despite an opening round win over X10 CRIT, they would fall to eventual world champs Acend and lose a rematch to X10 that was ultimately decided in overtime. At their lowest point, Chet stepped up to implement a new foundation for the future, with himself in a more proactive role.

“We had a pretty big talk in our practice room [after we lost Champions],” Chet told Dot. “We were all pretty disappointed and wanted to try a more structured approach that I would offer with a lot more of my ideas and comps. All the comps are basically coming from me or I’m stealing them from a different team, then everyone gives their input on what they want to try.”

The new structure was implemented around the same time Envy transitioned to playing as OpTic, and the ideas created by or borrowed by Chet have been paying off since. Yay has taken on playing Chamber more instead of just soloing Jett, providing the team more firepower, map control, and entry kill prowess with Chet giving him ideal spots for teleports. Chet says the team’s Split used to be “just horrible,” so he adopted Gambit’s composition featuring Neon that “Victor is perfect for,” adding a new form of aggressiveness on attack while providing fast rotations on defense.

Chet told Dot that to be successful in VALORANT, “you have to constantly reinvent yourself from qualifier to qualifier and match to match.” He credits running new comps and “new styles within the same comp” as a vital part of the success that OpTic found in Stage One of VCT 2022, and it certainly helps to have a roster that wanted him to implement structure. The new or borrowed ideas and ways of reinvention that Chet thinks up before Masters Reykjavík could mean the difference between another grand finals run or another early exit in the group stages for the OpTic roster.

The group stage at Masters Reykjavík begins Sunday, April 10. OpTic will begin against a familiar foe in XERXIA, who eliminated them from Champions under the X10 banner.