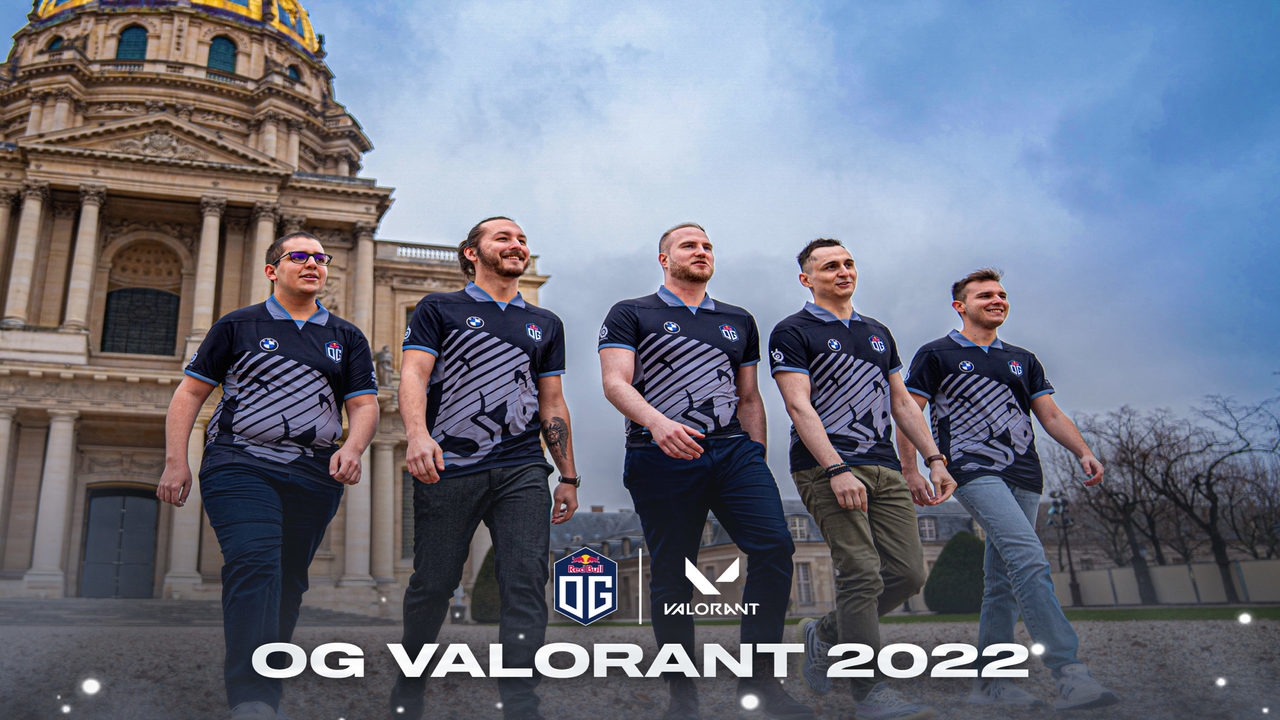 Dota 2 powerhouse OG has unveiled its new fully-French VALORANT squad that will be competing under the organization in 2022.

OG’s 2021 VALORANT team achieved minuscule success throughout the course of the year. Their best finish came during the Stage One Challengers qualifiers, where they earned a top-eight placing.

As a result, the only remaining player from 2021 that OG has retained is former Overwatch pro uNKOE, who will be the captain of OG’s VALORANT lineup. UNKOE has been a part of the organization since February 2021 when OG acquired the Monkey Business lineup. Now, as the only remaining player, uNKOE will look to lead the new fully-French lineup to better success in 2022.

He’ll be rejoined by the pre-existing coaching staff of daemoN and Bambino, who helped build OG’s lineup mixed with veteran talent and French rookies.

“I’m thrilled to take on this season with a new direction for our VALORANT project,” daemoN said. “With Riot’s competitive format rehaul adding to the hurdles of the rebuild process, we’re delighted to share with you the amazing core of players who will wear our colors throughout the challenges ahead.”

The 2022 OG lineup will get to test their base strength starting on Jan. 10 in the first round of the VALORANT Champions Tour. This will lead to the official start of the VCT Stage One Challengers Circuit in February 2022.

Teams subdivided by region will then compete through a series of qualifiers with the hopes of reaching the VCT Masters tournament sometime in April 2022. This will all culminate in the grand event of the year, VCT Champions in September.