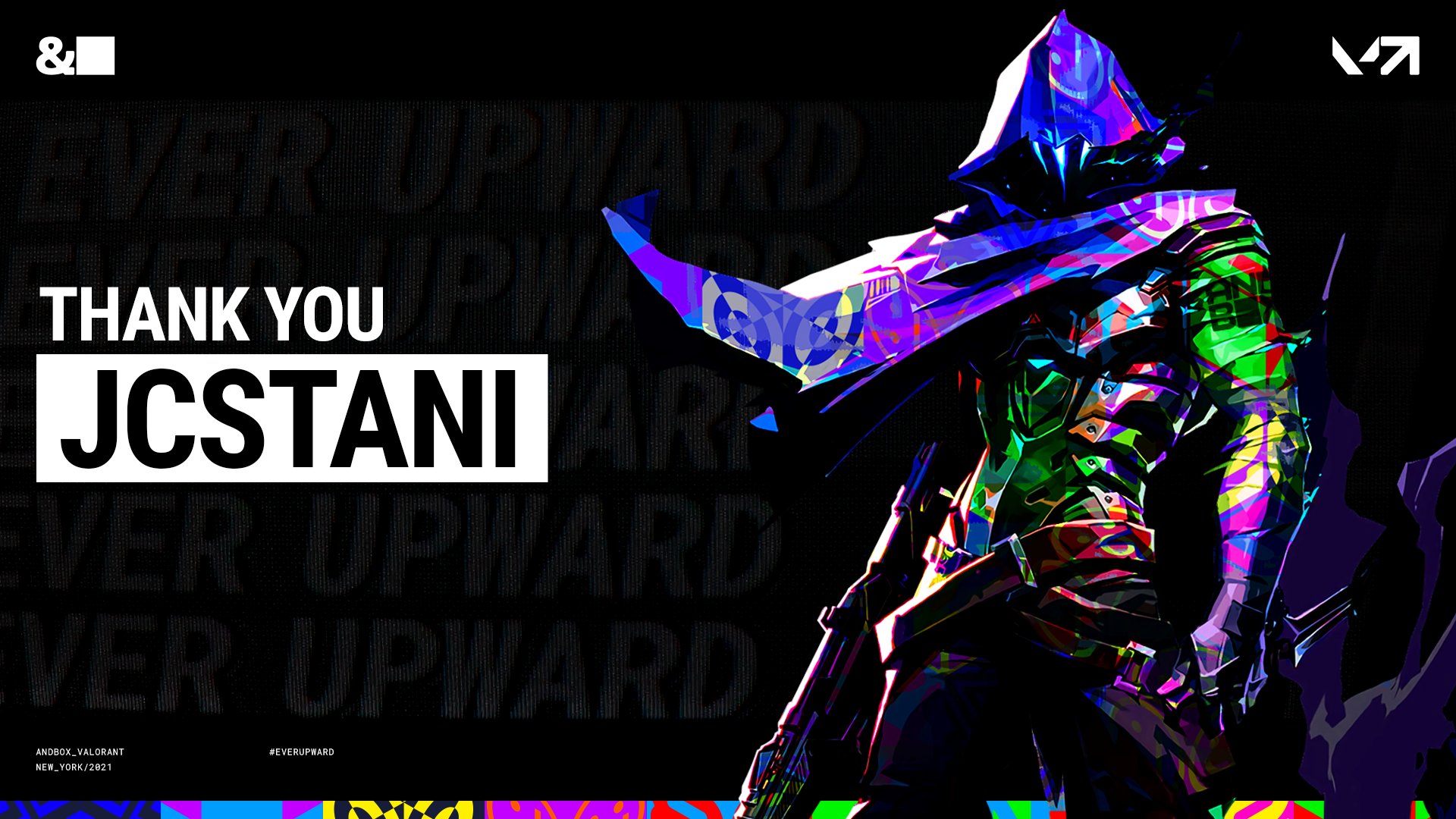 Noah “jcStani” Smith is leaving Andbox’s VALORANT lineup and has become a free agent, he and the organization announced today. This move comes one day after George Geddes reported for Upcomer that the squad had practiced without him, Jaccob “yay” Whiteaker, and Zander “thwifo” Kim, who was on Andbox on loan by XSET.

The former Immortals player joined Andbox in May and left the team after they were knocked out by TSM at the NA VCT Stage Three: Challengers Two open qualifier, which concluded in July. With this result, Andbox missed the opportunity to qualify for the NA VCT Stage Three: Challengers Playoffs, which will see three teams qualify for VCT Masters Three Berlin.

JcStani said the team didn’t share the same vision in terms of playing the game. “There were some creative differences over the last couple months in how we wanted to approach things and this parting is for the best,” he said in a TwitLonger.

“After having some time to think about the recent loss, I regret making a tweet referencing ping-related excuses following our VCT elimination. I worked hard over the last year to be a flexible and consistent player and I think I found success often on both an individual and team level. But last week’s loss to TSM—from my individual performance perspective—was such a low for me. The feeling of letting your teammates down while they were all making clutch play after clutch play to try and help us win was demoralizing.”

The 20-year-old said he’s moving to Austin, Texas by the end of August and should be streaming again regularly. With this roster change, Andbox’s lineup has been depleted to just Adam “mada” Pampuch, Daniel “vice” Kim, and yay, who could also be on his way out. The organization is reportedly trialing former Evil Geniuses player Aleksandar Hinojosa and EZ5 player Eric “kanpeki” Xu to fill two vacant spots, according to Upcomer’s report.