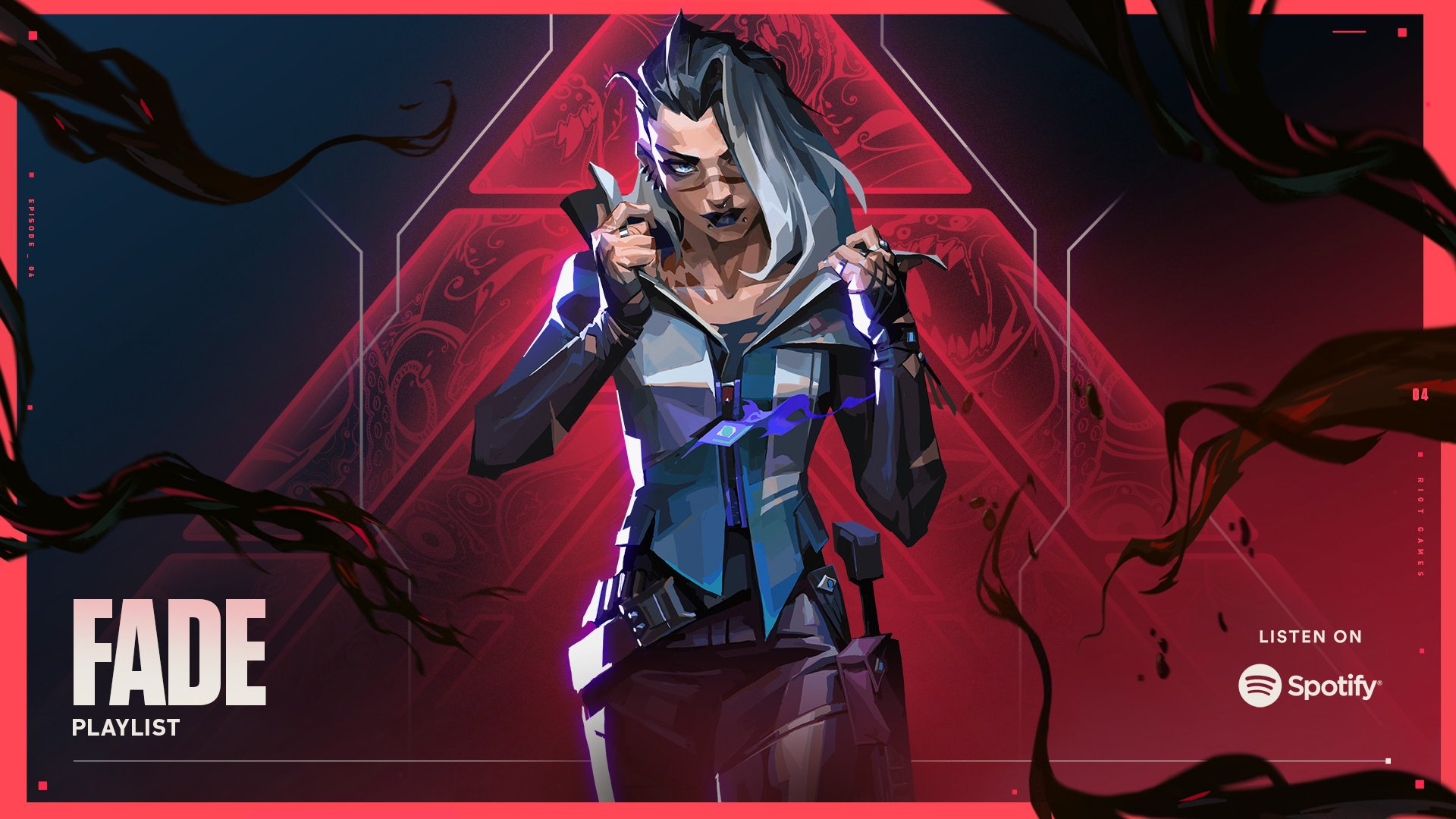 A new VALORANT patch is expected to hit the live servers later today. Patch 4.08 will introduce Fade, a new agent born in Turkey, to the game and will bring changes to other agents such as Jett, Neon, and Sova.

Fade is an initiator that has the potential to be played in professional matches as she has a utility kit that can gather info on the opponents and incapacitate a bombsite full of enemies during executes or retakes. Her ultimate looks promising as well because she throws a wave of energies that goes through walls and that energy creates a trail to the opponents, deafening and hitting them with decay damage that lasts 12 seconds.

Moving on to Jett, who has been one of the most popular agents since the game launched, the changes are massive. She will not be able to instantly dash after pressing “E”, the Tailwind skill, as the devs implemented a .75 second delay. This skill was considered overpowered by casuals and professional players and the best Jett players in the world certainly abused it.

Sova has also been nerfed. The duration and health of its Owl Drone have been significantly reduced and the Dart Reveal’s number of pings has been reduced, while the initial delay before the first ping reveals has been increased. Sova’s Shock Dart also deals less damage now. As for Neon, the devs buffed the battery energy received after killing an enemy and buffed her High Gear mobility ability.

Here are the full notes for VALORANT Patch 4.08.

The team loves what Jett has continually brought to the fight, but as the game has evolved, some of her impacts have pushed beyond what we think is healthy for the tactical promise of VALORANT. Our update to Tailwind aims to address these concerns while maintaining the aggressive site takes and awe-inspiring highlight plays Jett should bring to the roster. Check out our full article on the Jett update here for a complete breakdown of our approach and the philosophies that drove this update. We expect this change to have ripple effects on the Agents around Jett and the ecosystem overall, so we’ll keep a close eye not only on Jett, but any cascading impacts on the entire roster.

We’ve been keeping an eye on Neon and wanted to make some quality of life changes to help remove some friction when playing as, or with, Neon.

At high-level ranked or pro play, Sova’s been a staple for quite some time. While his power has not been felt as viscerally as Jett’s, his impact in coordinated settings is nearly unmatched. We wanted to focus on addressing the amount of space that the Owl Drone practically guaranteed, and introduce additional counter play opportunities for opponents. A reduced Drone duration means Sova has to incur more risk in his positioning to clear deeper angles, and the adjustments to ping reveal (below) give opponents more opportunity to mix up their repositioning without feeling forced to completely exit the area. Shock Dart has also taken a hit as we continue to sharpen damage outputs on non-ultimate abilities, so that they kill less frequently.

Jett’s Bladestorm, Raze’s Showstopper, and Sova’s Hunter’s Fury will now show how much ammo they have left when equipped.